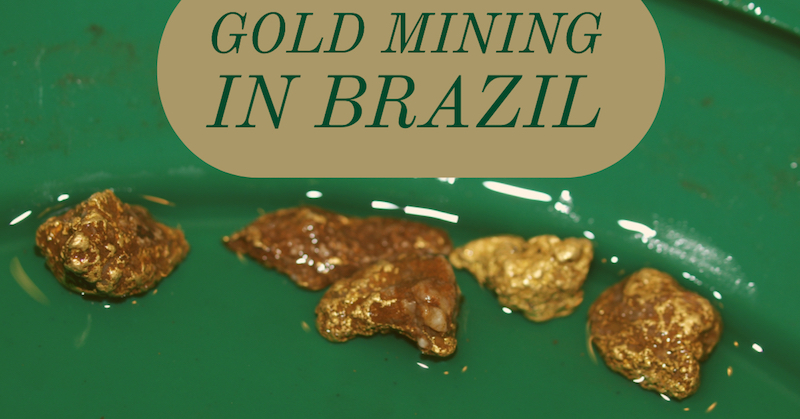 Like many of the countries in South America, Brazil produces a significant amount of gold throughout the country. Minerals are a major industry in the country, and gold has attracted much interest from commercial mining companies.

The earliest interest in this region started back in the 1600s, when Portuguese explorers searched the remote mountains and jungles in search of valuable resources. Early attention was given to many other natural resources in the country, but eventual discoveries made at the end of the century stirred considerable excitement, and thousands of men ventured into the wilderness in search of the yellow metal near Ouro Preto.

For the decades that followed, there were tens of thousands of Portuguese miners working the gold reserves, along with even more slaves. In fact, the gold rushes in Brazil were unique to most other gold rushes around the globe because slave labor was used.

Alluvial Gold Deposits in the Amazon

Early miners primarily worked the alluvial deposits in creeks and rivers. These deposits could be mined by individual artisanal miners with simple prospecting tools.

Artisanal mining has continued for centuries and is still active today. Conflict between local artisanal miners and commercial miner companies is a large issue today. With today’s high gold prices, many locals are finding that gold mining is more lucrative than farming, logging, and other ventures that they once did. Many of their mining operations are illegal and unregulated, drawing concerns about safety and environmental issues.

The alluvial gold in the rivers of Brazil are primarily what the small-scale prospectors mine for today. They can use simple, inexpensive prospecting equipment to recover gold from the gravels and silt of the rivers.

Many large commercial mining companies are actively mining for gold in Brazil.

A few of the more notable mines in the country include the large open-pit mine near Paracutu. While this mine is relatively new, the estimated reserves here are thought to be approaching 18-million troy ounces.

The Chapada open-pit mine owned and operated by Yamana Gold is primarily a copper mine, with gold as a by-product, although it has already produced over 100,000 ounces of gold. And new discoveries here have increased estimated projections to near 50,000 troy ounces of gold per year, in addition to the millions of pounds of copper produced.

El Dorado Gold is also actively prospecting in the country, and has opened up many reserves throughout the country. 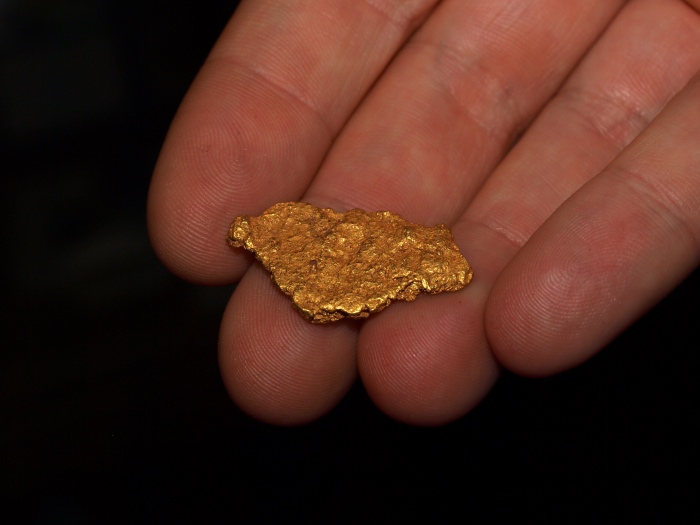 Many Challenges for Prospectors

From a small-scale prospector’s perspective, there are many challenges to searching for gold in Brazil. The overall climate is very challenging in many areas, with thick vegetation and considerable overburden covering much of the good gold ground. Many of the best areas to look for gold are in areas that were mined historically by the Portuguese and slave diggings from many centuries ago.

Some miners use heavy equipment when available to scrape off overburden and search bedrock for gold deposits. In Brazil, and many counties in central and South America, a batea is used to find gold deposits. These tools are much more bowl-shaped than a standard gold pan commonly used today, and they were made from turned wood. They were ideal for the locals in the area because they could be made from local materials.

High gold prices have renewed interest in gold mining in Brazil, and the local artisanal miners are operating thousands of mines throughout the country working small deposits of gold. The larger companies focus on the land with large gold reserves, and there is frequent conflict between the two groups when there is disagreement over a particular gold reserve.

Next: Gold & Diamond Mining in Venezuela