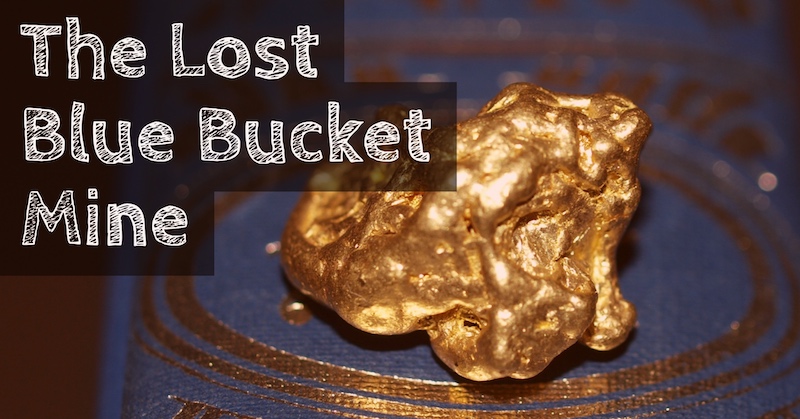 Everybody loves a mystery, and a mystery that includes treasure is even better! To use the term “mine” is misleading here, as this was a discovery of gold that was never actually mined at all.

There are several versions of this story of the discovery of gold on the Meek Wagon Train trail in 1845, which was even earlier than the California Gold Rush. The find is assumed to lie between The Dalles and Vale, two towns in Oregon, although the 40,000 square mile area that is considered to contain possible locations include some of northwest Nevada, a small part of southwest Idaho, and most of the southeastern part of Oregon.  It would have been the first discovery of gold by white men, other than the Spanish.

In 1845 a wagon train of pioneers headed to Oregon from Iowa. The route they were taking included a dangerous crossing of the Columbia River rapids, but a member of the group, Stephen Meek, convinced them that he was able to show them a cut-off route through the Cascades that would avoid the rapids and take them straight to the Willamette Valley. Along the way some of the group began to have doubts about Meek and at that point, the wagon train split into two groups. One continued on the main route, and the other group decided to follow Meek on his short-cut, and headed south toward the Steens Mountain.

After weeks of wandering in the desert it became clear that Meek didn’t have a clue where he was going. Meek would probably have been lynched because feelings were running high, but he managed to escape before that happened. There was no going back at this point, and the pioneers again disagreed on what route they should take. They split up again at the headwaters of Willow Creek. One group decided to head towards Huntington and follow the Columbia River.

After struggling through the mountains they reached the Malheur River, following one of the forks of Crane Creek, then turning southwest and coming out of the mountains near what is now Drewsey. 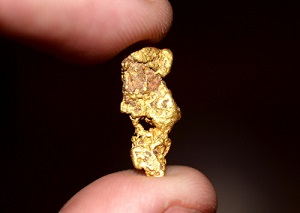 There are also conflicting accounts about who actually found the gold. One account indicates that three young men or boys were searching for some lost oxen. After searching all day they came to a small stream and stopped to quench their thirst.

While they were there they picked up some pebbles that looked unusual in both color and shape. They returned to the train after finding their oxen and showed the pebbles to the older men. After examining them, the men decided that they were copper.

The blacksmith found that the pebbles could be flattened easily because they were so soft. They asked the boys how much there was, and one of the kids said, “We could have filled one of these blue buckets.” Although the boys wanted to bring the rocks with them, they were told that they could not bring a “bunch of rocks” onto wagons pulled by already overburdened and hungry oxen.

Supposedly a Mrs. Fisher, one of the members of the party, kept a single pebble, and the rest were dumped and left behind.

Another interesting account tells of a girl named Geneva Curtis and her little sister filling up a blue bucket with the pretty yellow rocks they had found. They girls were tending cattle when they found the gold colored pebbles along the creek bottom. They filled up their bucket and intended to carry the bucket back to camp to show the others, but then it became too heavy for them they hung it on a tree limb intending to bring someone back to get it. 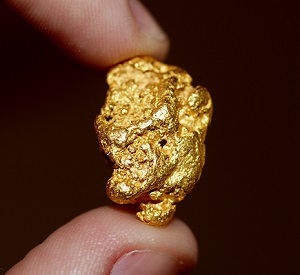 After they returned to camp the girls forgot about the bucket altogether, but Geneva carried two nuggets in her hand which she kept. After she grew up, she married a fellow named George Scott and kept the two pieces of gold on a table in her house. A visiting friend of Mr. Scott who happened to be a jeweler spotted them and recognized them for what they were. He offered the young couple equal weight in gold pieces, and paid the Scotts $85 for the two pieces of gold.

Now Mr. Scott became interested in the Blue Bucket Mine, so he and Geneva, along with his friend the jeweler decided to head back and try to find the bucket that Geneva and her sister left hanging in the tree. But as they traveled, Geneva became confused and was unable to positively recognize the area, given that she was a child of 13 at the time of discovery.

They never did find the bucket, and later when Geneva had a grown son he searched for 10 years with no success, and took up the search later in life, continuing the search into his old age. Some people think that it is possible that the Blue Bucket Mine is actually the gold strike in Canyon City which became a very rich placer mining camp, because that area strongly resembles the canyon that Geneva was trying to describe.

It seems strange that these nuggets, which are now widely accepted to be course placer gold, would not be recognized for what they were, but at that time nobody had any idea that there was gold in the West. They just had no idea that they were looking at a small fortune in a blue bucket. They only knew that the pebbles made great sinkers in the fast moving current of the river. Thanks to the gold, they all had plenty of fish to eat while they were camped there!

In October of 1845, the emigrants finally reached The Dalles. Nobody thought anything more about the pebbles until 1849, when gold was discovered in California. After a closer look at Mrs. Fisher’s nugget, they realized what they had found – and what they had left behind! By this time they were farming in the Willamette Valley, and had absolutely no idea where along the trail they had left all that gold behind. 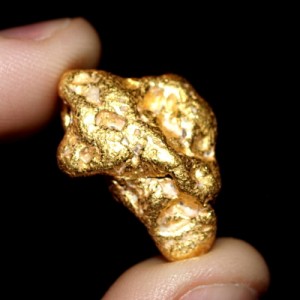 Dr. Henry Dane, who was one of the original members of the wagon train, left Yreka, California to try and find the gold, but with no success.

Captain Tom Turner launched an expedition in 1862 from the Willamette Valley in order to try to find the Blue Bucket. He never did find it, but he did find gold in Idaho on the Boise River. Following the river upstream, they discovered the ore deposits of the Boise Basin, which is famous in its own right for it’s fabulously wealthy gold deposits.

In 1863, 29 prospectors followed Michael Jordan into the Owyhee Mountains of southwest Idaho looking for the Blue Bucket. They had no luck finding the Blue Bucket but they established the famous Silver City District after finding gold along Jordan Creek.

A fellow by the name of J.L. Adams made himself rich by pretending he could find the spot. In 1861 he started making some noise around Portland that he had located the area and needed miners to help him work the area. He assembled a group of 58 men, but it became obvious pretty quickly that he really wasn’t leading them anywhere. (Kind of makes you think of Stephen Meeks.)

He decided that confessing would be a better alternative than being hung, so he admitted that he concocted the story because he wanted to prospect in the Blue Mountains, and in order to assemble a group of men big enough to fight off any hostile Indians he might encounter he needed a big incentive. At this point the men left him nothing but his clothes, banished him from the camp and turned around and headed home.

As luck would have it, they found gold on their way back. It was not the Blue Bucket site, but the strike was large enough for everyone – including Adams – to stake a rich claim. Adams had been trailing along behind the group, scavenging leftovers in order to keep from starving. Eventually the strike turned into the town of Auburn, near present day Baker City, Oregon.

Potential Locations of the Lost Blue Bucket Mine 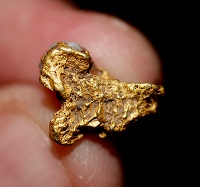 So where is the Lost Blue Bucket Mine? It is widely believed to be a John Day River tributary. Other theories include a tributary of the Crooked River called Bear Creek, on the Powder River, or in the Burnt River area. This is a huge area of approximately 40,000 square miles, so there are a lot of places it could be. It is possible that it was found and claimed without anyone realizing what it actually was. Possibly flood waters have carried deep silt down creeks and covered it.

Some reclusive miner could have prospected the area and never said a word about where he found his gold. Who knows? So many theories abound that some stories have its location in Baker County, an area that the wagon train was never anywhere near.

Whether the Lost Blue Bucket Mine actually ever existed we will never know for sure. But if it is still out there, it is worth looking for. And if it’s not, it is an incredible piece of Oregon folklore. Everybody loves a mystery.