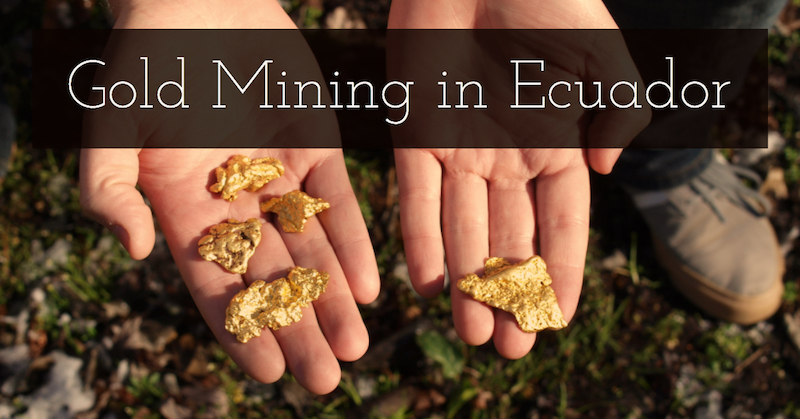 In a 19th century missive, Prussian explorer Alexander von Humboldt noted that Ecuadorans “live poorly amid incomparable riches”. Indeed, there is perhaps no other country with such sharp contrasts as the Republic of the Equator. A land rich with gold, yet also dealing with extreme poverty.

Quito, the Ecuadorean capital, is often referred to as the “land of fire and ice”. It’s climate changes abruptly- hot due to the proximity to the equator and cold due to its position 2,900m above sea level. Apart from these physical contrasts, perhaps the most glaring is that of the economic disparity of the country. The land is naturally rich, but remains characterized by politico-economic instability and large gaps in wealth distribution. In 2012, Ecuador’s estimated GDP per capita was at $5,311, and the upper 20% of the population held almost 50% of the entire country’s wealth. This is largely why President Rafael Correa Delgado has spent much of his term in an effort to revamp the economy, reduce poverty and move towards more inclusive economic growth.

One sector that, if developed properly, can help prop Ecuador up on its feet is the gold mining industry.

What makes Ecuador a possible goldmine? Let’s cast our eyes toward the country’s South American neighbors. Peru, Colombia, Chile, Brazil and Argentina are some of the Latin America’s wealthiest countries in terms of mineral output. Ecuador’s proximity to such mineral giants is a strong indication that it just might have hidden wealth as well.

Potential for Gold Mining in Ecuador

Gold mining in Ecuador dates back to the early 16th century, with much of the provinces founded and developed due to the Spanish quest for the yellow metal. Gold and silver finds were based around rivers reportedly found in Nambija and along the Rio Santa Barbara.

Much of the gold discoveries are concentrated in the southern areas of the country. Gold production was focused in the El Oro province, which is the southernmost of Ecuador’s coastal provinces. The main towns within the province that the Incas and Spanish derived gold from were Zaruma and Portovelo. Founded in the 1500s, Zaruma is a beautiful hilltop town that hugs the Andean mountainside. Resting 1150m above sea level, the picturesque community houses a museum that depicts various gold operations through the years.

Though the town was established in the 16th century, it was only in the 1870s when foreign capital entered Ecuador’s fledgling mineral industry. It began with the establishment of the Great Zaruma Gold Mining Company, after which the Southern American Development Company or SADCO was formed. La SADCO, as it is popularly known, gained control of the mineral deposits in the Zaruma-Portovelo district, and mining efforts boomed.

This district is made up of a 15km long vein system located north of the Piñas fault. One of the primary mines in the area is the old El Sexmo mine, though today it is no longer in operation. Instead, the mine serves as a highly informative tourist attraction and remains a testament to the gold resources of the area; the 150m-deep mine produced about 3,000 tons of minerals (gold, silver and copper) in 1950.

Approximately 3.5 million ounces of gold were recovered in the years of la SADCO’s operation. However, what with labor struggles, increasing costs, and other geological constraints, la SADCO eventually pulled out in the 1950s.

Ecuadorean gold stayed in the ground and the country turned towards the agricultural industry instead. The state resumed control of the area once more, but the lack of proper support led to the eventual abandonment of the mines. Mining interest regained momentum in the 1980s, though operations were largely artisanal in nature. Small-scale mining expanded towards the Nambija area, as well as Ponce Enriquez towards the southwestern areas of the Andes.

Mining efforts didn’t pan out due to the declining prices of gold and legal disputes at the time. Today, informal mining groups can still be seen working the Zaruma-Portovelo area, using rudimentary tools and techniques to tap into its unexplored reserves.

When Ecuador began loosening their tight political controls on mining in 2005, the possibility of great mineral wealth was confirmed. Aurelian Resources Corporation discovered the Fruta del Norte deposit in the Zamora-Chinchipe province in the southeast. This proved to be one of the largest gold-silver deposits in the world, with resources of approx. 6.8 million ounces of gold and 9.1 million ounces of silver. However, due to frustrations with the political regime, Kinross Gold Corp, the mining behemoth that acquired the site in order to develop a new mine, discontinued the project and sold it off.

The shock-waves from their pullout may have been the catalyst for a political change of tune. In 2013, an adjusted mining law was passed to ease mining investment terms, in the hopes that the untapped mineral resources of the country would finally be unearthed.

To this day, the Andean nation remains largely unexplored, but this recent discovery may change that. Should Ecuador make the appropriate moves to develop their mining sector, we won’t be surprised to see it among the top-ranking mineral producers of the world!

Next: History of Gold Mining in Colombia