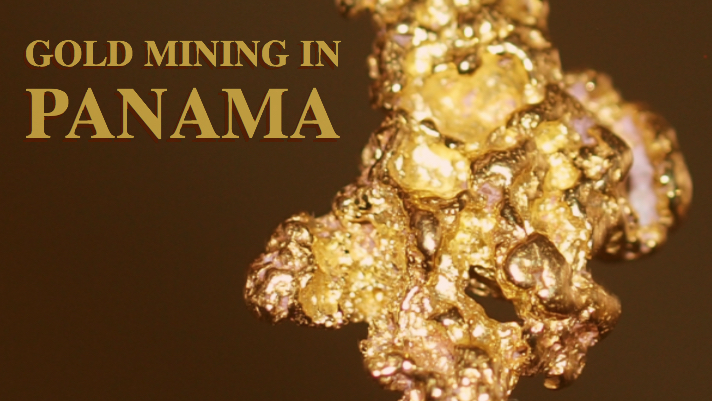 The Spaniards first arrived in Panama in 1501 and a decade later Vasco Nunez de Balboa crossed the country in 1513 and discovered the Pacific Ocean. Controlled by Spain for several centuries, Panama gained its independence in 1821 and joined as part of Colombia.

In 1903, Panama broke away from Colombia and once again became its own country controlled by its own people. This was accomplished with much aid from the United States, primarily as a way to gain permission for construction of the Panama Canal.

The gold deposits were undoubtedly worked by the native Indians for centuries before the Spanish arrived there, but when the Spaniards arrived in the country mining began in great earnest. Many native people were enslaved by the Spaniards to mine for gold throughout the country, but compared to many other conquests by the Spanish throughout Latin America during that time, the amount of gold that was being found in Panama was relatively small.

The Cocuyo Mine was worked for many decades during the late 16th century. It is located near the Caribbean Coast and was quite productive. Still, much more interest was given to nearby Colombia during the earliest days of the Spanish conquest.

A considerable amount of gold is recovered from large copper mines in Panama. When gold is discovered at these copper deposits, they are generally found as free-milling gold found in quartz veins.

Mining for lode gold exclusively is not currently taking place in Panama, although recently favorable regulations are attracting outside investment from mining companies to the region.

Extensive jungles with dense tropical vegetation, deep soils, and difficult access to many areas in the county has most certainly limited exploration here.

In the eastern side of Panama, the Spaniards mined at the Espiritu Santo Mine near Colombia located in the Darien province during the late 17th century and into the early 18th century. Further exploration has taken place in this region off and on since that time, but access is extremely difficult, and there are undoubtedly some rich deposits that are still out there awaiting discovery.

The Tuquesa Mine is also located in the Darien province. It is about 20 miles from the Colombian border. Gold was recovered as a by-product of the copper sources.

On the western side of Panama, there are quite a few small lode sources that have been mined. Free-milling gold is found in the copper and silver sulphides of the Tertiary age.

Some of the better known mines in this region include the Los Hatillos Mine, El Remance Mine, and Cañazas Mine northwest of Santiago.

Near the north coast, the Cocuyo and Margajas mines have been worked. Several of the mines in this region were reportedly very rich, but overall production is not documented.

There are many areas in Panama where placer gold can be found. However, the extreme remoteness and harsh jungle conditions make mining for these placer deposits especially challenging in most cases.

Natives have worked the placers for many centuries, and overall production is unknown and is certainly limited by their access to mining equipment. Most placers are worked using primitive methods like bateas and handmade sluices.

In eastern Panama, placer gold can be found in many areas within the Darien province, but this is one of the most remote parts of Panama and access is extremely challenging.

Tucuti River and Sambu River in southwestern Darien province also contain gold. There are many opportunites for gold here, but consider the extremely challenges of access before considering a prospecting venture in this area.

Mamoni River northwest of Chepo is another river that has been mined for placer gold.

Closer to Panama City is the Pacora River, which is more easily accessible than the previously mention rivers, and also has some gold.

In the western parts of Panama, it may be worthwhile to explore the drainages near the many small lode mines. The Corita River and Canazas River both are known to contain gold.

Many of the rivers mention previously have only been worked by local villagers (and the Spanish explorers many centuries ago.) They have really not received much attention when compared many other countries, despite having great potential for gold mining.

And: Gold Mining in Ecuador 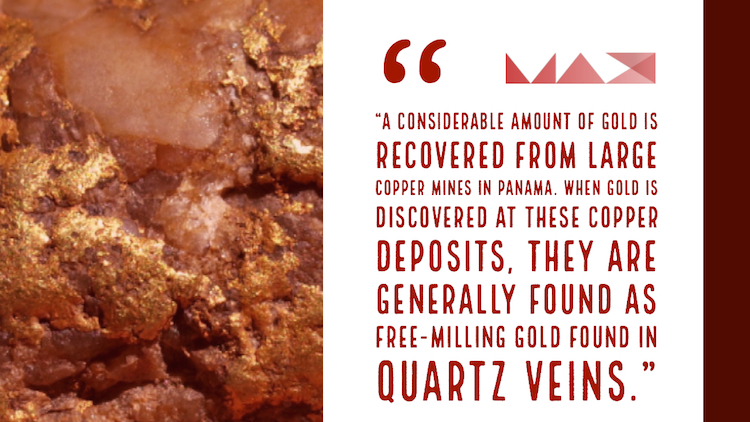 The harsh jungle environment limits exploration to those companies with considerable resources to invest to deal with the overburden that is found in much of the country.

There are most certainly opportunities here though. Anyone considering a gold prospecting venture to Panama should consider the varying weather throughout the different seasons, and prepare for the remote and difficult conditions that they will undoubtedly face if they explore the more remote gold-bearing regions of the country.