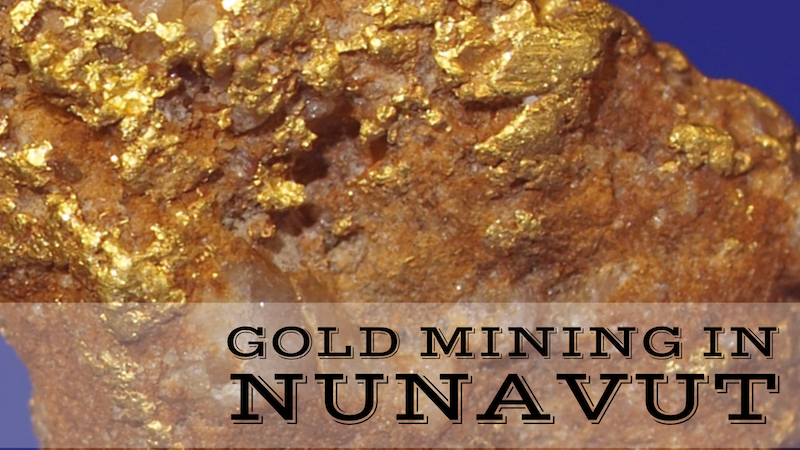 In fairly recent history, Nunavut has become of considerable interest to gold mining companies. Although conditions here are some of the harshest in the world, there are considerable mineral resources underneath the ice, and some adventurous prospectors have started giving Nunavut the attention that it rightly deserves.

At the present time, Nunavet has only one operating mine. It is the open-pit gold mine at Meadowbank, located 120 kilometers from Baker Lake in the Kivalliq district of Nunavut, Canada. The Meadowbank mine, opened in 2010 and is owned by the Agnico-Eagle Ltd company. Considerable investments and resources have been expended to put this mine into operation.

Other mines and key projects are still in progress in Nunavet, including the Mary River Project of Baffinland Iron Mines Corporation on northern Baffin Island, and Areva’s Kiggavik Project in western Baker Lake.

Gold is not the only resource here that is of interest. As with much of Canada, there are considerable lead/zinc deposits in Nunavut that are worth millions of dollars. Not long ago there were two mines extracting these ores, including the Polaris Mine on Little Churchill Island which had the honor of being the most northerly mine operating on Earth, although it is no longer in operation.

The economic situation Nunavut has greatly improved because of the gold mining industry.

Nunavut is a country that is rich in terms of its fascinating landscapes, flora, and fauna. But nature cannot generate economic stability, growth and prosperity in the same way that mining can. A very major chunk of wealth in Nunavut comes from gold mining.

An extremely large province with only a few thousand people, Nunavut does have a small manufacturing and exporting industry that has a small economy, but it has a huge gold mining and mineral exploration industry.

How Gold mining is done is Nunavet?

Gold mining in Nunavut is carried out in a climate of less than minus 40 degree Celsius in some circumstances. The miners battle the cold weather and work in harsh weather conditions to produce gold. The Meadowbank gold mine employs around 680 workers to do this severe task.

The discovery of commercially viable gold deposits in Nunavut were first made in the 1980s. Gold was discovered in the Archean greenstone rock at Baker Lake. In 1987, the Third Portage deposit was discovered, followed by the Goose Island deposit and North Portage deposit.

Subsequent drilling work was done from 1989 to 1997 by Asamera and later on by Cumberland Resources Ltd and Comaplex. These companies discovered gold ores of around 1.1 million ounces.

The potential for gold mining in Nunavut is nowhere near what is could be yet. The fact is that the extreme environment and remoteness of this massive province means that only a tiny fraction of the region has been explored.

Ice covers so much of the ore that even getting to the minerals is a huge undertaking! 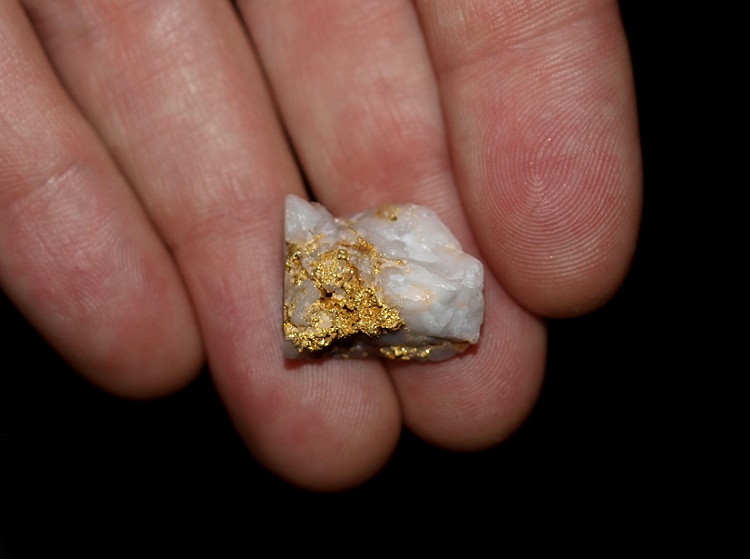 A Boon to the Local Economy

It is hard to underestimate the effect of the mining industry in Nunavut.

An estimated $250 million was invested in this industry up to 2006, before Agnico-Eagle came in the market. However, it has increased to approximately $550 million today. Big gold mine projects had a great impact on the economy of Nunavut. The opening of the Meadowbank gold mine has contributed so much to the region, that only 5% to the GDP of Nunavut was from mining, but now it adds up to 35% of the GDP.

This overwhelming increase is merely due to the extraction of gold at Agnico-Eagle’s Meadowbank gold mine. This sole mining company in Nunavut has also improved the job and business prospects in the region and is indeed the biggest gold mining project up to this point.

The exploration industry will continue to be a challenge in Nunavut. Despite having massive amounts of unexplored land, the physical problems associated with mining in such an environment are daunting.

Next: Gold and Diamonds in Northwest Territories