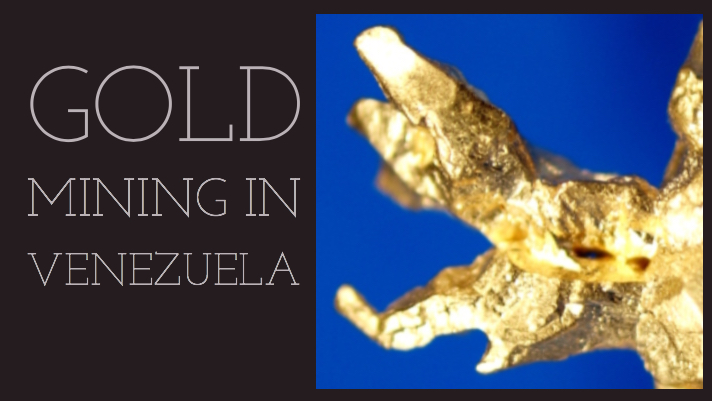 Much of the Venezuelan gold reserves reside near the river banks and the Amazon region near Brazil and Guyana. A great deal of gold found in Venezuela comes from the Guyana Shield that extends into Surinam, Guyana, French Guiana, and Brazil. Collectively, it is called the Amazonian Shield, a geological feature that is almost 3.6 billion years old.

Venezuela actually has Latin America’s largest gold reserves, yet it remains highly underexploited compared to many countries in the region. While much of this has to do with working in a challenging jungle environment, the regulatory framework that has been in place in the country has hampered much of the mining industries here.

Gold was found in Venezuela along the placer deposits of Paragi and Caroni Rivers, and across the Venezuelan border with Brazil. Most of Venezuela’s gold reserves are located in the southeastern part of the country, where there have been considerable mining efforts in recent years.

Major gold discoveries occurred in the Guiana Highlands during the mid-1800s, and a very rough estimate of 30 million ounces of gold was recovered from this region, although records are certainly spotty.

This is hardly a safe place for a man to try and find his fortune. The town of El Callao is full of mining activity, but most of the miners are operating illegally to recover gold in the streams and rivers here, and it is a dangerous place to operate.

The Rusoro Mining is a well-known gold mining company and producer located in the Bolivar State of southern Venezuela. It operates two mines, the Isidora mine and the Choco 10 mine (earlier operated by the Goldfields), both of which are located in the El Callao district of south-eastern Venezuela. Rusoro has a 95% share in the Choco 10 mine and the Isidora mine is a joint venture with the Venezuelan government. In 2009, both the mines produced around 150,000 ounces of gold.

Apart from these two mines, Rusoro has ten projects that include exploration and development activities around the mines. These projects vary from the early stage to the advanced stage of gold mining.

Another famous gold mine in Venezuela is the CVG Minerven, which was established in 1970 and nationalized in 1974 as a joint venture. It is situated in the El Callao town of the southern Bolivar State in Venezuela.

Perhaps the best-known gold mining project was located at Las Cristinas in southeastern Venezuela. Placer Dome worked with the partnership of the Venezuelan industrial and mining venture, the Corporacion Venezolana de Guyana (CVG). However, this partnership didn’t work out and in 1999, Placer Dome closed because of the rigid mining laws and lawsuits.

Gold is not the only treasure that can be found here. Apart from gold, Venezuela also produces other minerals, like bauxite, coal, manganese, aluminum, iron ore, diamonds, oil, etc.

Diamond mining is also very active in the same regions of southeastern Venezuela, and rich diamond placers can be mined concurrently with some of the gold placers.

The largest diamond discovery was made in Icabaru River and weighed 154 carats. The Paragua River and Quebrada Grande River are known to be major diamond-bearing rivers.

The Caroni River is perhaps the best-known river for diamond mining in Venezuela. Diamonds of both gem and commercial grade are found in the river channel itself, and in elevated floodplains of the river.

Miners use similar placer mining methods to locate diamonds as they do with gold. Gold pans, or more commonly bateas, are used by local villagers to find both minerals.

However, setting up a diamond mining operation is different than what is done for gold since the specific gravity is not nearly as heavy as placer gold is. Diamonds have a specific gravity that is only slightly higher than quartz, so miners must be skilled at visually identifying diamonds that are captured in their concentrates. 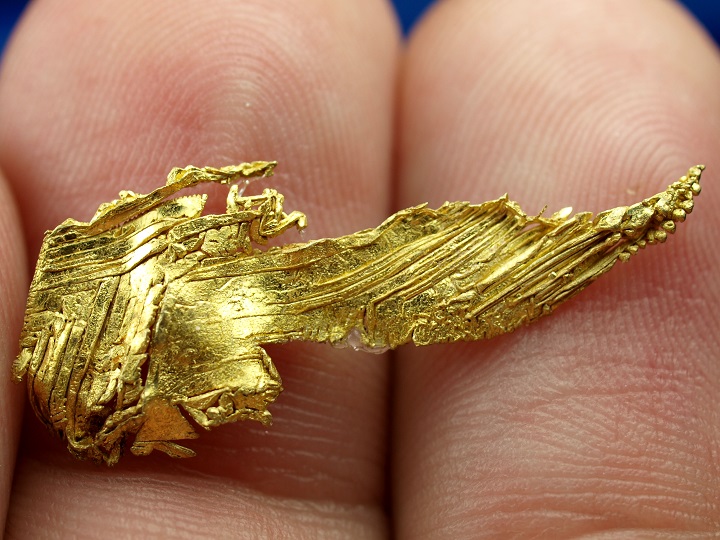 In 2011, Hugo Chavez made a declaration that the entire gold industry in Venezuela would become nationalized, creating uncertainty in the market. Although this was primarily an attempt to limit the thousands of illegal mining operations that are currently taking place in the country, it has definitely disrupted the gold mining industry.

Illegal mining is a serious problem that Venezuela is dealing with right now. Most mines are located deep in the jungle near Brazil and Guyana, and the entire industry of the area is dominated by smugglers who move their gold into other countries to sell, avoiding taxes paid to the government.

These operations are also causing health and safety problems in the country, as stagnant water created from placer mining operations is creating breeding ground for malaria carrying mosquitos. Additionally, the unregulated mining activity can cause considerable health problems associated with using methods like mercury amalgamation, introducing it into the environment in elevated levels.

Mining in Venezuela is certainly not for the faint of heart. There are considerable challenges, yet the vastness of the goldfields and the remoteness of the country almost ensures that there are unimaginable riches still awaiting discovery in Venezuela in the form of gold and diamonds.