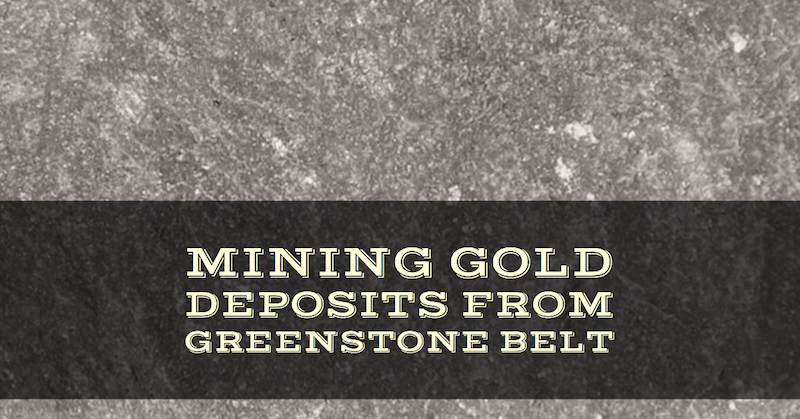 As is typical with all precious and valuable resources, people are finding new sources of gold around the world and then finding new ways to harvest the gold that has been found. From what was traditionally done through the use of deep underground mines and placer mining in streams and rivers, now gold can be obtained through other sources too.

One such source is what is called ‘Greenstone Belts.’ Gold is actually much more abundant than people once thought. Gold occurs within greenstone belts all around the world, and our ability to mine these sources profitably has only begun relatively recently in the history of mining.

This article will discuss how greenstone belts are naturally formed and how the precious metal is extracted from these deposits.

What is a greenstone belt?

Greenstone belts are made up of a variety of materials, which sometimes include commercially valuable minerals such as gold, silver and zinc.

The greenstone belts that were formed during a period that was called the ‘Achaean Age’ are considered to be the ones that contain most of the gold, this due to the favorable earth temperature for the formation of gold at the time.

These Achaean greenstone belts are most well-known in Canada, Southern Africa and Australia. The gold itself is most often found on the very edges of these belt layers. Although greenstone belts are found on every continent many do not contain any gold. Greenbelt layers can range in size from just a few meters to thousands of meters long.

They get their name because of their green color that is caused by the chlorite minerals that are largely present in the rock layer. They are rock formations that underwent a metamorphosis as volcanic sequences acted upon sedimentary rocks. Greenstone belt layers are most likely to be found between granite and gneiss layers of rock.

One of the most common rocks found in a greenstone belt is a rock conglomerate, which is a variety of minerals that have been compressed together. Many different materials make up conglomerate rocks, and these are the ones where gold is usually found in.

Extracting the gold from Greenbelt layers

Although greenbelt layer mining can be done by small scale prospectors it is not very practical or profitable for them to do it this way. The gold contained in the conglomerate rocks does not generally produce huge gold veins or even nugget sized gold for that matter; most of the gold found in greenstone belt layers is in trace amounts and only large mining operations can make it profitable.

And even they have trouble doing so at times.

Although most greenstone layers could theoretically be mined by building mine shafts like a typical lode mine, it is not practical or cost effective to do so because of the small gold content that is usually found in the conglomerate rock. So strip mining or more often open-pit mining is the preferred method of getting the conglomerate rock containing gold from the greenbelt layers for processing.

The first step on the process is to establish where a favorable open pit gold mine should be established. This is no small undertaking; it generally takes extensive exploration by a team of geologists, who must first take samples to locate the scope and extent of the greenbelt gold deposits, and then determine the most profitable layout for a mine. 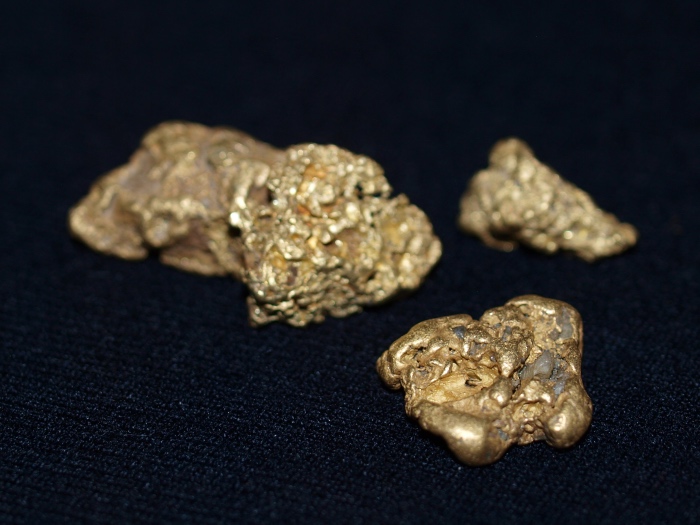 Many times gold mining companies will sell other bi-products that are present in the gold mines, as there are a variety of profitable minerals that can be extracted from most greenstone belts.

Open-pit mining and the heap leaching processes commonly come under much scrutiny from both governmental and environmental opponents due to concerns of habitat destruction and pollution concerns.

Yet, in the world we live in today, minerals are more necessary than ever in our civilization. It is always important to evaluate the risks alongside the benefits when judging the viability of any mining operation.

Environmentalists always seem to hate mining, but they don’t seem to have any problems using the minerals that are produced in their day-to-day lives.