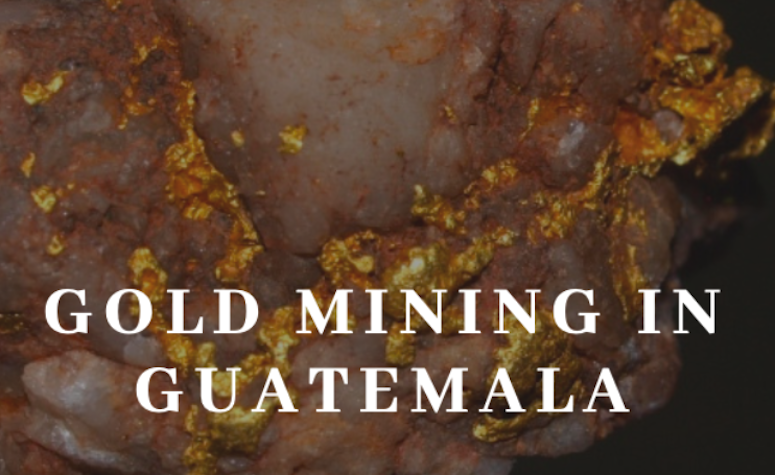 Guatemala is the northernmost country in Central America, located just to the south of Mexico. It’s the largest Central American country in terms of population. Due to Guatemala’s 30-year civil war and civil unrest spanning from 1960-1996, the country was unable to live up to its substantial mining potential over the past decades.

Mining in the country started with the Mayan civilization that inhabited this area long before the first Spaniards arrived in the region, and the gold and art that they produced with the gold that they mined is world renowned.

Beneath the country’s rich volcanic soil are mineral deposits composed of: gold, copper, cadmium, antimony, lead, zinc, limestone, merit, bentonite, sulfur, marble, and titanium. As with all of the Central American countries, a violent geological past has created an environment that is ideal for many metals.

Ancient Cultures and the Love of Gold

The early Spanish explorers that arrived in Guatemala in the 16th century had a keen interest in gold. Like much of Central and South America, the riches were one reason for such conflict that overtook the region, but the extreme remoteness and difficult access to the rich gold mines in the country were a challenge.

Violence and lack of development in the country has been a problem in this region for centuries, and it still continues today. It has hindered commercial mining efforts here for a very long time.

The Modern Era of Gold Mining

Several mining companies have begun mining a variety of minerals in Guatemala since the 1960s.

After the Peace Accords in 1997, the mining code was modified to reduce the royalties paid by mining companies to the government from 6% to 1%. This reduction in combination with a more stable government, led to a significant rise in mining development by foreign companies.

From that point forward, more than 400 licenses to multinational partnerships have been approved. It is believed that the government’s terms are extremely favorable toward these companies. In addition to the low royalty fees, mining companies are entitled to utilize nearby water at no expense.

Where is the Gold? 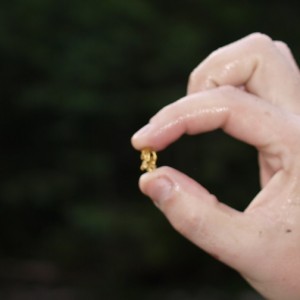 The more than 50% of the current mining and exploration permits are in the following four mountainous regions of the country: West San Marcos, West Huehuetenango, East of Alta Verapaz and East Izabal.

The Escobal venture is an open-pit mine that is producing considerable quantities of gold and silver. It is located about 70km southeast of Guatemala City, near San Rafael las Flores, a town with a population of around 3,000. The mine is found in the hills just outside of town. Goldcorp acquired its exploration permit in 2007.

The Cerro Blanco mine is another open-pit mine that is 10 miles from the Salvadoran border in the Guatemalan city of Jutiapa. In 2007, the project was approved and it was granted a 25-year investigation and exploitation license.

The project, which has already gotten a lot of international opposition, is situated in El Trifinio, which El Salvador, Honduras and Guatemala had previously proposed as a Biosphere to UNESCO.

The Marlin mine perhaps the most well-known and infamous mine in Guatemala. It is situated in San Marcos in the Western Highlands. It is arranged in a remote, precipitous area with a height of around 2,000 meters above ocean level and encounters extreme wet and dry seasons.

In 1996, Goldcorp put in requests for an exploration permit. In November 2003, Glamis Gold was granted a permit for the exploitation of gold and silver – 85% of Glamis’ concession is situated in San Miguel Ixtahuacán and 15% is situated in Sipacapa.

The nearby regions of San Miguel Ixtahuacán and Sipacapa are overwhelmingly Mayan, and most tenants in the area participate in subsistence horticulture – developing corn, beans and espresso or keeping animals. The Marlin Mine has been of high conflict with locals, who worry about the impact of the mining operation on their local livelihood in the area.

In 2005, the development of Marlin mine started. By 2013, production was about 200,000 thousand ounces of gold. In 2014, it produced between 175,000-185,000 thousand ounces, and similar output is predicted for 2015. For 2016, the company gauges that almost 150,000 ounces will be extricated as it will be the last full year of production. Due to increased pressure from environmental concerns and the Guatemalan government, the Marlin stopped operations in 2017. 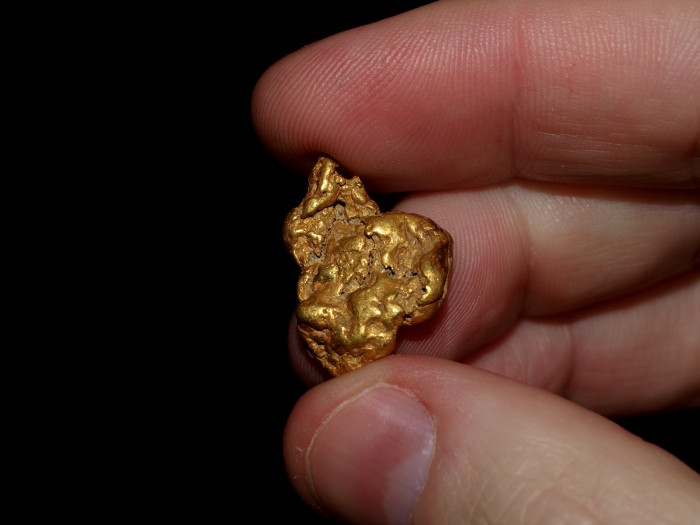 Locals have used crude mining methods for centuries to extract gold from the gravels and silt of many rivers in Guatemala. These places are still productive and due to the crude nature of these mining operations, there is undoubtedly a lot more gold left to find.

Setting up a mining operation in this part of the world is no easy task. Although conditions have been slowly improving in Guatemala over the years, this is still a very dangerous place. For a gringo miner, there are serious problems associated with coming to Guatemala to prospect.

For one thing, there are problems with bringing expensive mining equipment into remote areas. Without security, the risk of bringing an expensive gold dredge is quite high. Getting robbed is not a rare occurrence here.

These dangers to small-scale exploration teams have had such limitations over the past decades that there are very few prospectors outside of the country who have explored Guatemala.

Additionally, the jungle here is dense and remote. Simply getting to the gold-bearing areas in Guatemala will be no small undertaking.

Next: What is Placer Gold and How do You Find it?

And: Gold Mining in Panama

And Then: Gold Mining in Cuba