Gold mining is still a young and growing industry in Ukraine. As with many regions in the world with a turbulent political history, the economic development in the mining industry has been limited.

This is in spite of the fact that Ukraine holds large reserves of gold in several regions within the country.

The high price of gold has spurred the country’s decision to start allowing commercial entities to mine for gold on a large-scale basis. Noteworthy natural resources in the Ukraine also include (but are not limited to): iron, coal, manganese, natural gas, oil, salt, sulfur, gold, graphite, titanium, magnesium, nickel, and mercury. In spite of all these resources, the nation some significant logistical and feasibility issues. 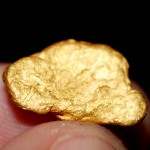 In 2013, Ukraine started to mine its own gold as a means of becoming more self-reliant. The country imports about five tons of gold per year on average. The country decided to start mining for gold within its borders as a means of not only bringing in new jobs but also to possibly reduce the amount of imports. The Government estimates that it can decrease its gold import numbers by as much as one-third.

This in turn has made Ukraine a popular place for major mining companies who are looking for gold. Commercial entities may begin to take over gold mining operations in Ukraine as they acquire licenses to mine in the country.

A History Of Gold

While the gold within Ukraine has become a high-demand resource in recent time, it has actually been used within the country for years. Golden treasures have been found around Ukrainian archaeological sites over the years. Much of them date back to the fourteenth century or possibly earlier. The source of the gold is unknown, but there is a high likelihood that some of this gold comes from within Ukraine.

Still, much of the gold artifacts that had been found around Ukraine came from sources of gold that was likely imported into the country.

And: Gold Mining in Poland

It had not been until just recently that the country seriously began considering mining its own gold deposits. Newer extraction methods and high gold prices have much to do with this growing interest.

It has become very clear that gold mining has become very popular with the country as it could possibly lead it into a new economic age where it is no longer as dependent on other countries for gold as it used to be.

Where Is the Gold?

The current estimates on how much gold is in Ukraine suggest that there’s plenty to be found. About 400 tons of gold are estimated to be in the western Carpathian Mountains. Meanwhile, about 500 tons are believed to be in the Donbas region in the southeastern part of the country.

There are some suggestions that there is as much as 3,000 tons of gold to be found all around Ukraine. In addition, there are more than two hundred locations around Ukraine that gold is known to be found. Most of these are in the western and central parts of the country and ranges around the focal city of Kirovohrad, the southeastern city of Dnipropetrovsk, and Crimea. The heavily disputed Crimean Peninsula likely has some deposits as well.

Who’s Going After the Gold?

There aren’t too many commercial gold mining groups within the country at this time. The Saulyak and Muzhiyev deposits in the Trans-Carpathian area are the only spots at this point where gold is being mined for commercial purposes. This is still a growing industry here.

In August 2012, Ukraine’s Government streamlined the procedure of issuing licenses for the utilization of subsoil, including mining licenses. The new procedure, appointing the issuance of licenses to local governments, expedites the license applications. The Ukraine Parliament made significant revisions to the Mining Code.

Some commercial companies have begun to acquire the rights to mine in certain spots by getting licenses. Ukraisnkiye, a large mining company, has acquired a license to operate in the Muzhiyev deposit among a few others in the Trans-Carpathian region.

The state venture Severgeologiya acquired a permit for exploration and mining of 2 gold deposits in Dnipropetrovs’ka Oblast’. They were the Balka Zolotaya deposit, where assays reported 6.2 grams of gold per ton, and the Balka Shirokaya deposit, which evaluated somewhere around 4 and 7 grams of gold per ton. The deposits were assessed to be 50 and 130 ton of gold, individually.

Many of the places around Ukraine that people can mine in include spots that don’t have any limitations at this point. With such a large area that has been relatively unexplored, there is still very high potential in the country.

The potential for gold to be found around Ukraine is amazingly vast thanks in part to the country’s recent decision to go into the mining industry. There has never been a better time to head into the country to look for gold than now, although the recent political turmoil in the country will certainly have impacts on the growth of this industry.

These are huge expectations for a huge country. Only time will tell whether private investors and the Government will be able to unite and move the gold mining industry in the Ukraine forward.