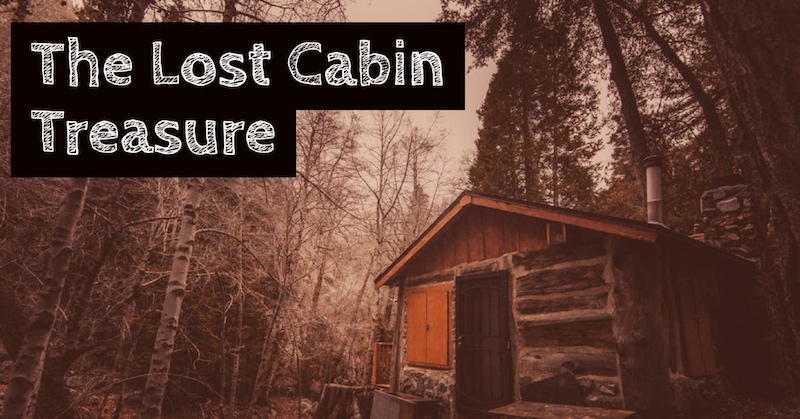 Nothing gets a treasure hunter’s blood up like a good story of a lost lode of gold. Most of the western mountain states have legends of a “lost cabin mine” where a fortune in gold was found and then lost. There is a story of a lost cabin mine in Colorado, and one in the Black Hills, but probably the most interesting and famous one centers around the Bighorn mountains of Wyoming and Montana.

All these legends have in common the point that, whatever the circumstances, the mines could never be located again when the prospectors returned. Supposedly this mine was found and lost numerous times. Some stories were the tall tales of prospectors who’d had a drop more to drink than was good for them. Another fellow was on the verge of divulging the location and dropped dead before he could do so. One miner even said he was led to the mine by spirits, although the spirits apparently didn’t see fit to guide him back to it a second time.

According to legend, seven Swedish prospectors found gold in the area, and since the winters are extreme in these mountains, they built a cabin and planned to stay over the winter. On a nearby stream they set up a flume.

However, they were attacked by Indians and the entire party perished except for one survivor. Traveling at night for three long nights, he finally found his way to Fort Reno, and told his story of the fate of his partners. When he showed off the gold that they had found, it wasn’t difficult to put together another expedition, and the following spring, he set out with another larger group of prospectors to return to the mine.

The Hunt Was On…

The timing was bad, since there was continuing hostility between the plains Indians, and nobody heard from the party again. The entire party had been killed by Indians, and their remains were eventually located. As there were no survivors, the location of the cabin and the mine remained a mystery.

Over the decades, many people have gone in search of the cabin and returned to say that they had found the cabin, which the Indians had burned down. As for the mine, many claimed to find it but were then unable to locate it again when they returned with more prospectors.

There were no doubt many ruined cabins in the hills and every time someone stumbled across one, they probably assumed that this was the one. One cabin even held the skeletal remains of two people. But the mine itself was never located.

Although it is well documented that the Swedish miners were working in the Bighorn mountains, there was a discovery near Spearfish, South Dakota in 1887 that deepens the mystery even more. A stone, referred to as the Thoen stone, was inscribed in English with the following inscription:

Got all of the gold we could carry
our ponys all got by Indians
I have lost my gun and nothing to eat
and Indians hunting me.”

It is assumed that Indian Crow was probably a guide for the group, as the Crow were generally friendly with the whites at this time. Even though no mention is made on the stone of a cabin, undoubtedly every group of prospectors spending time in the mountains would have built themselves some kind of shelter.

So, where in the heck is the Lost Cabin Mine? It would seem it could be anywhere between the Black Hills of South Dakota and the Bighorn mountains of Wyoming. If you go looking for it you’ve got a mighty big area to explore. Let us know if you find it, and for goodness sake, don’t lose it again!

Next: The Mystery of the Lost Blue Bucket Mine