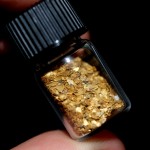 Austria is not a large gold producer on a commercial scale today, although there is a rich mining history here. For a time, it is believed that there were as many as 450 small gold mining operations within the country. These ancient mining sites likely didn’t produce much quantity in gold due to the primitive mining methods of the time, but undoubtedly there is still gold to be found around these old mining sites.

There are other minerals of higher economic importance in Austria. They rank 10th in the world in graphite production and can lay claim to one of the largest underground Tungsten mines. Additional resources found in the country are talc, marble, limestone, and gypsum.

Experts believe there is still good gold to be found in Austria based on the fact that it has similar rock structure in some of the neighboring countries that are producing gold on a regular basis; the trick for Austria is being able to locate the gold deposits that are rich enough to justify the high operating cost to extract it.

The first big gold event in Austria took place almost 2000 years ago in a region of the country known as Rauris. During the Celtic and Roman times, gold was mined here using primitive methods. At one time during that period, it is possible that Austria accounted for up to 10% of the entire world’s gold production, primarily in the Rauris and Gastein Valleys.

The area is still popular even today for hobby miners that want to try and experience the thrill of striking it rich like so many did when they found gold in abundance thousands of years ago.

Some of the creeks within the Hohe Tauern National Park have gold in them. Many historical relics dating back to the early mining era can still be seen at the park, and there are 3 designated panning areas at Bodenhaus, Heimalm, and Sportalm.

As recently as 2003, gold production has been as low as only 25 kilograms produced for the entire year. Despite the lack of gold finds, companies have hardly given up on the country as a potential good source for finding gold reserves.

There are several companies that are actively mapping the country at the current time in hopes of finding the large gold reserves that many experts believe are there.

The future of finding large reserves of gold in Austria just may lie in the hands of the Schonberg Precious Metals Project. The Noricum Gold Company’s leases cover a land area which totals around 37 square kilometers in a location that is approximately 30 kilometers southwest of Leoben, Austria.

So far soil and mineral samples taken in the region have shown signs of a very positive nature as to the existence of a possible large quantity of gold ore contained in the ground. Geological maps of the potential gold veins in the area have been constructed based on both the sampling and historical mining data.

And: Prospecting for Gold in Italy

In addition to the exploration in Schonberg, the Noricum Gold Company had already announced the drilling of 15 planned test holes in the Rotgulden Gold and Precious Metals Project, of which the first hole was completed in 2013. The company is drilling some 1300 meters deep in its attempts to find lucrative gold reserves in the country.

With the history of gold being found in the regions before, along with the current number of companies actively exploring for new sources, many believe it is just a matter of time before a significant gold find is uncovered in the country. The companies that are spending considerable funds on gold exploration efforts in the country certainly are hoping this is the case and that they will find similar quantities of gold like those that have been found in the Czech Republic to the North.