Greece is a country that has good potential when it comes to finding gold. Many experts believe that Greece contains some very large gold reserves, many of which are virtually untapped.

With that being said, Greek gold production is currently only producing a scant few thousand kilograms of gold per year. So for now the country, is lacking in production on a commercial scale.

Back in the times when the Greeks ruled the region there was active gold mining taking place in the country, but it always took a back seat to silver and iron ore production. Most of the gold finds took place in the Thrace Mountains located in the northern part of the country.

The gold deposits in the Thrace Mountains have good potential as rich gold discoveries have been made in the same geological conditions in Bulgaria to the north. Significant ancient gold mining in this region provided gold for coinage for the early inhabitants of this area.

Historic writings indicate that there was extensive gold mining done on the island of Thasos, primarily on the southeastern side of the island. Some historians doubt these accounts because these mines have not all been relocated, but gold has been verified to exist in this region, so it is certainly possible that larger mines operated here at one time.

The western part of Thasos has extensive lead/silver/zinc mining that is well documented.

The Gold is there for the Taking

Large gold exploration companies such as Eldorado Gold Company out of Canada believe the country has a rich future as far as gold production is concerned. They have invested millions of dollars in exploration projects here; the trouble is many of these new projects are now being met with opposition from the new government.

Eldorado Gold already has projects started in Perama Hill, Olympias and Skouries, with estimated gold production to be in the hundreds of thousands of kilograms once production is going at all three mines.

So far the most promising of these sites is the one located in Skouries. The project will commence in two phases with the first open pit phase scheduled to start production in 2016.

The second phase which will focus on underground exploration to retrieve the promising gold reserves that the area holds. The underground phase of the project will retrieve the gold by using a Flotation and gravity circuit. Once both phases are up and running they are estimated to produce over 200,000 kilograms of gold per year. 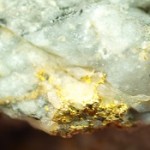 And: Gold Mining in Turkey

Broke Greece Should Bank on the Future of Gold Mining

It is hard to understand why a country that is so cashed strap by its current financial crisis that it would be so opposed to the badly needed economic infusion that gold production would bring to the country. The Eldorado Company has currently had their licenses that they need to complete their projects revoked.

It is something that is hard to understand, in a country that suffers from 35% unemployment and the estimated 4000 jobs that the mining will create. Eldorado Officials estimate that when both phases come online in 2017 it will provide the Greek government with 500 million dollars a year in export revenue.

It remains to be seen whether Greece will stay a very minor player in gold production or quickly shoot up in the ranks of gold producing countries.