You know this website is about finding gold, not about how much gold a country has. We like to include information on even the smallest gold producers, and Belgium and the Netherlands would most certainly be considered minor players when it comes to gold mining.

Finding information about where to find gold can sometimes be just as hard as finding the actual gold. There is very little written about gold in these two small countries, although the geology of this region certainly indicates that the occurrence of gold is most certainly not out of the question.

Let’s take a look at what the gold histories of Belgium and the Netherlands have included. If you happen to live in one of these two countries and have any firsthand knowledge that you would be willing to share about gold prospecting here, we would love to hear from you. Feel free to contact us and we will gladly add additional information to this article.

At first I thought I was going to have to give up on finding any gold locations in this country. It seems that most of Belgium’s gold production came at the expense of other countries like Congo in the 1800’s, rather than within its own borders.

During the colonization of the Congo, Belgium did a considerable amount of gold mining in the country, and even with heavy mining activity for centuries; there is still considerable gold resources within that country.

The gold prospectors in Belgium are a hardy sort that does not give up easily in their quest for finding this shiny precious metal. They believe that there terrain holds potential for discovery because it is similar to France’s which has had gold strikes in the recent past that were lucrative. 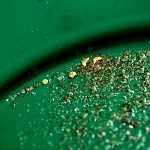 Geologists would agree with their hopefulness. There is geology in Belgium very similar to places in France and Germany that are known gold producing areas.

The locals even have a gold panning championship they hold each year.

The Netherlands is another country which has gotten most of its gold from other places in its history; this is not surprising because the Dutch ruled the sea and trade for a while. They were active players in obtaining gold from their colonies in Africa in what is now known as modern day Ghana; this was an excellent source of gold supply for the Dutch.

Although they don’t have any significant gold finds in their country, there are still a lot of very skilled gold panners who explore the waters within the country. The Dutch Gold Panning Association is active here, and would certainly be worth getting in touch with if you want to learn more about panning for gold in the Netherlands.

And: Gold Mining in Germany

Although neither Belgium of the Netherlands are major players as far as big gold finds have been concerned, many people (Including some experts) truly believe there is gold hiding beneath the surface somewhere in these two countries.