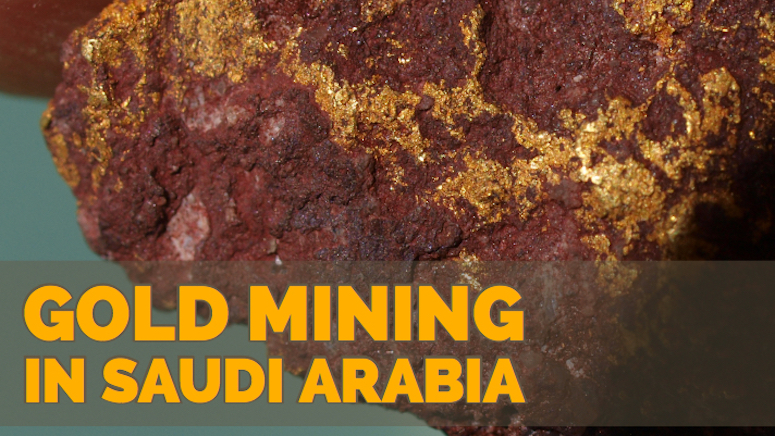 The massive oil and gas reserves in Saudi Arabia are what get the most attention. After all, the countries wealth is directly attributed to the abundance of fossil fuels across it’s vast desert.

The country is also rich in a variety of minerals including gold. The evidence of gold mining exists from over 5000 year ago. Between the eighth and thirteenth centuries, there were reportedly extensive gold mining operations. The western areas of Saudi Arabia, where the Pre Cambrian rocks of the Arabian Shield are located, are known to have most of the gold deposits.

According to the government, 600 sites with gold deposits have been identified. While exploration is being conducted at a number of sites, only five mines are presently active. The country still has a lot of potential for mining. It is one of the most stable countries in the Middle East which makes it an attractive area to large mining companies.

Significant episodes of gold mining in Saudi Arabian history include periods during 3000 BC, 1000 BC, the Abbasid Caliphate between 750 AD and 1258 AD and more recently since 1936 AD. Saudi Arabian archaeologists discovered an ancient tomb in 1998 near Thaj, a town in the northeastern part of the country. This royal tomb dating to the first century AD appeared to be of a young woman who was bejeweled with gold ornaments and a gold mask.

One of the oldest gold mines is that of Mahd Ad Dahab in the country’s western region.

The entire gold mining and exploration activities in Saudi Arabia are carried out by Ma’aden. Ma’aden was formed in the year 1997 through a royal order in order to develop and exploit the country’s mineral resources. Its initial thrust was to develop the mineral resources industry and today a total of five gold mines are operative which have known gold reserves of over 300 tons.

Following are the details of the operative gold mines located in various regions of Saudi Arabia.

The mine located in the western area of Saudi Arabia in the Al Madinah province is one of the oldest in the country and is also known as ‘Cradle of Gold’ . Mining activities in this region were spread out over two different periods. One period was around 3000 BC and the other between 750 AD and 1258 AD.

In 1988, the mining process was restarted at the site for the commercial production of gold. The mine at Madh Ad Dahab is underground and is about 300 meters in depth and has over 60 kilometers of underground tunnel development so far.

The mine has its own processing plant to extract the gold.

The mine is situated in the Al Qassim province which is at a distance of 250 kilometers from Madh Ad Dahab and around 550 kilometers northwest from Riyadh. The plant processes gold from the ore that is brought from Bulghah mine which is about 75 kilometers away.

Bulghah mine is situated at Al Madinah region of Saudi Arabia. The production in this mine started in 2002. The low grade gold ore is processed here by the heap leach method while the higher grade gold ore is sent to Sukhaybarat processing plant. As the higher grade ore quantity has almost exhausted, the production is now limited to lower grade ore only.

Al Hajar mine is located in southern Saudi Arabia and is at a distance of 710 kilometers southeast of Riyadh. The gold production at the mine was started in 2001 by heap leach method and produced around 1 ton of gold per year. The mining operation was halted in 2006 and now only processing of the already mined ore is carried out.

Al Amar mine is located in the Ar Riyadh region at an approximate distance of 250 kilometers southwest of Riyad. The production of gold began in 2009 in the underground mine. Its processing capacity is 200 kilo tons of ore per year. 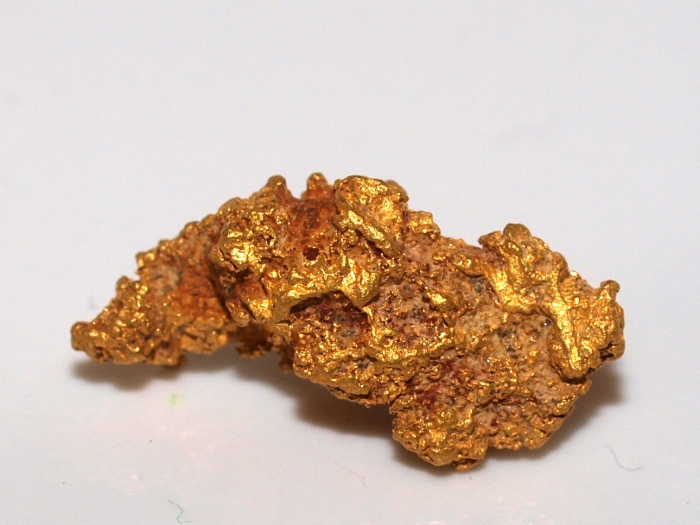 As Suq which is at a distance of 365 kilometers from the city of Jeddah and Ad Duwayhi project which is 450 kilometers southwest of Riyad are the future locations of gold mining and processing.

With increased oil and shale production from other countries lowering the price of oil, Saudi Arabia is cutting production to maintain current prices. It is beginning to take other mineral resources very seriously. Gold mining is likely to increase over time as a way to add to the country’s economy and provide more stability and diversity of resources.

Only a small percentage of the potential gold mining areas in Saudi Arabia are being mined. This country still holds good potential for future production in the coming years.

Next: A Rising Gold Mining Industry in Turkey