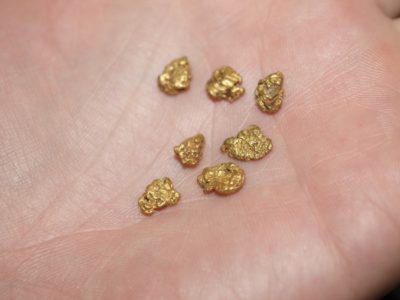 Gold has been historically used for jewelry and also as a base of Global monetary reserves. From earliest civilizations gold has been the ultimate symbol of wealth and this precious yellow metal has been sought after and fought over than any other possession of men.

The beauty of the metal is that it is extremely malleable and can be rolled so thin that light can pass through it. The unique feature of this metal is that it is resistant to acids and does not oxidize. But of late, its role as monetary reserve has been changing over due to more selling of the gold which is kept as reserve by Banks.

Bangladesh in southern Asia, located between India and Burma is a poor nation which was caught in the turmoil of devastating floods over the years and unstable governments. Its climate is tropical and its natural resources are limited, primarily coal and natural gas. The country and its people are more interested in agriculture and textiles.

Bangladesh’s mineral sector has produced mainly natural gas, coal, petroleum and granite. Although the country lacks in metallic resources, it is made up with the potential of huge amount of natural gas. The state owns the Bangladesh Oil, gas and Mineral Corporation. The state under-takes all the work related to all kinds of exploration, production and distribution of its natural gas.

Thirty four cement manufacturing companies in Bangladesh have produced around 20 million Mt of cement to be used for the infrastructure development of the country. It has also exported a sizeable quantity of cement produced to India. The only coal mine, Barapukuria, a subsidiary of Petrobangla produces coal.

Bangladesh Government is striving hard to improve facilities that are conducive for exploration of mines to attract foreign investments. The other route chosen to develop the infrastructure is by way of developing partnerships with neighboring countries.

All these measures initiated by Bangladesh should eventually help the mining sector with a boost and will play a major role in the development of country’s economy.

In the whole of Asia, Bangladesh is the 7th largest natural gas producer. Natural gas is the only source of energy (commercial) for Bangladesh. Adding to it, Bangladesh also has deposits of coal in its northwest.

The Government of Bangladesh has considered to mine the north-western region. As a matter of fact, the gas reserves of Bangladesh are expected to be available till the year 2031 given its cur-rent rate of production.

The country of Bangladesh has tiny reserves of China clay and limestone along with coal and granite which makes up the major portion of minerals that are mined. Also, Bangladesh lacks a very large amount of reserves that are metallic mineral in nature.

So to summarize, Bangladesh is one of the poorer countries in the world from a gold mining standpoint. While it has coal and natural gas, along with some other industrial minerals that are produced, the geology of the country is not conducive to gold mining. It is unlikely that future development will have much impact on gold production in the future, as the gold likely just isn’t present there.