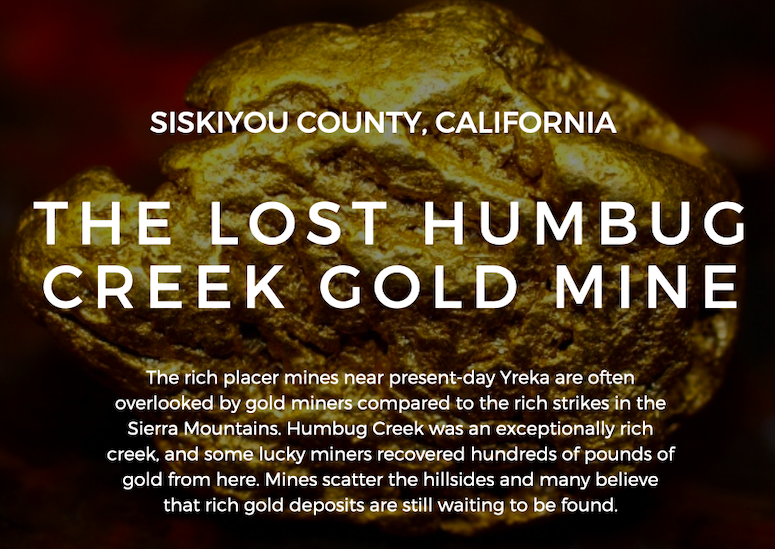 Siskiyou County in far northern California was once covered with thousands of gold miners working hundreds of active mines. These mines yielded over 56 tons of gold between the years 1880 and 1959. While this amount is documented, there was also a very large amount of gold was produced between 1850 and 1880 which was never recorded. This just goes to show what a rich part of the state this was during that time.

The gold in Siskiyou County was mostly mined using placer mining methods because of the peculiar geology of the region.

Around 1850, there were a large number of prospectors who were searching for gold in Siskiyou County. However, when a group of miners did not find their fortune despite their best efforts, they named the place they were mining as ‘Humbug’.

Many miners though, continued to look for the gold and, some years later a large reserve was located in the area. This led to a large influx of miners and the place was named as the Humbug Mining District and Humbug City sprang up. Close to this place began the legend of the lost Humbug Creek mine.

Discovery of the Humbug Creek Mine

It is said that a man working in the mining district fell sick and was traveling to Yreka to consult a doctor. As he felt very sick, he rested for some time under a tree. On feeling a bit better he looked around and saw a quartz piece which looked like it contained gold along with many similar pieces nearby.

The man went back to the camp which was a few miles away and brought some digging implements with which he removed a sack full of gold. He took the gold to Hawkinsville where his family lived and told them the story of how he had found it. He later went back to recover more gold but fell sick again and died.

His family tried but could never locate the place again. 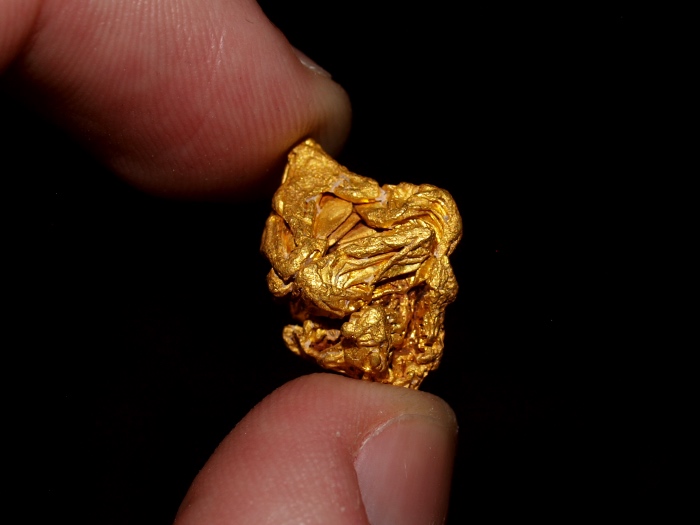 Charles Champie and his mines in Humbug Creek

During the 1880s and 1890s there was hectic prospecting activity in the Humbug Creek area. While some people weren’t very lucky in their search for gold, some others made significant discoveries.

One such person who succeeded was Charles Champie who arrived in Humbug along with his kin in 1882. He opened a mine which he named as Llano. He had a tunnel and shaft dug at the site, built a furnace for smelting and constructed two stone dwelling units with a well for his family. The llano site produced over 100 pounds of gold.

Charlie then shifted a little eastward and opened a new site called Sidewinder from which about 70 pounds of gold was recovered. He later moved on southwards to what is named El Pero Bonito which was a major find and which produced almost 300 pounds of gold. After this was mined out, Charlie then moved out of Humbug.

Later, having earned enough from his hard work, he and his family settled in the French Creek where he had his own cattle ranch and a school. Charlie’s ranch still exists and a large number of people visit the ranch as well his mines in Humbug which have been somewhat preserved as historical treasures.

Many other stories of people and their search for the yellow metal exist and are documented in various memoirs, but none speaks of finding the lost mine of Humbug Creek which seems to be lost forever.