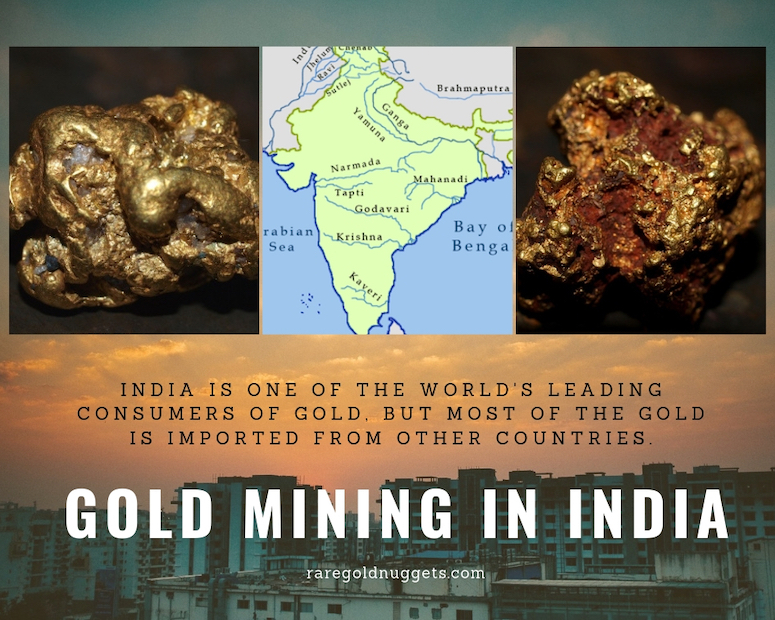 In India, the Ministry of Mines is responsible for all the mining activities such as exploration of all minerals other than natural gases and oil. It is also engages in exploration and mining of non-ferrous metals such as nickel, aluminum, and lead, zinc, copper and gold, vested by the Mines and Minerals regulation and development act of 1957.

The gold production in India during the year stood at 2.5 tons in 2007, with production of only 1,564 kg of gold during 2013-14, which is a decrease of about 2% over the previous year. Gold mining in India is done on a very small scale when compared to the world of gold production by other countries.

Currently in India gold is produced on large-scale from the following 3 mines. They are:

Kolar Gold Fields, commonly known as [KGF] is located in Bangarpet, The Kolar district of the Indian state of Karnataka. KGF’s primary area of mining was the Champion reefs. It is home to the deepest mining shaft in all of Asia.

History and Future of India Mining

India has a long history of mining for gold, as some of the old mine sites date back over two hundred years. Despite a history of gold mining in the country, it has not increased much over the past few years. India is the largest importer of gold in the world but its gold mining remains at very low ebb.

The government of India is well aware of the situation and is after gold miners to actively explore with foreign company joint ventures to speed up the exploration of the precious yellow metal in the country to reduce the dependence of importing gold from other countries.

The total production of gold as by product at Hutti Gold mines of Karnataka and Hindalco in the state of Jharkand stood at 0.123 and 0.839 tons during the month of March 2015, which goes to show that production of gold due even from the largest mines in the country is very much negligible when compared to total consumption of gold in India.

India has also begun exploring the southern parts of Indian Ocean for valuable mineral deposits and precious metals like silver and gold. Despite its current low ranking in the world’s gold producing nations, further exploration efforts from outside interests could certainly raise its standings in the future.

Next: Early Goldsmithing – Ancient Cultures & the Lust for Gold