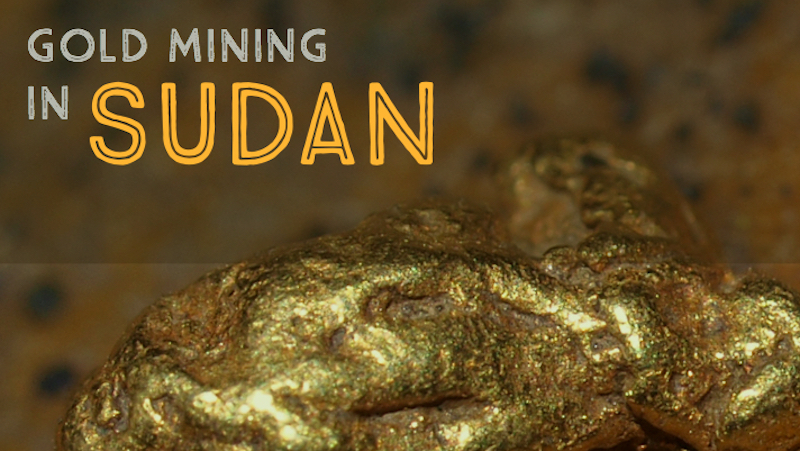 Sudan is a famous gold producing country. In fact, about 128 gold mining companies are currently involved in the country’s gold sector. The country has been experiencing a gold mining boom in the recent past thanks to the increase in the gold prices internationally.

Gold production continues to grow by every year. This makes the country an important gold mining investment opportunity that you should consider. With a huge potential and expected to frog jump a number of gold producers in Africa to position three in the near future, investing in the Country’s gold sector promises better returns in the near future.

History of Gold in Sudan

The history of gold mining can be traced back to around 1900 when British companies started mining gold in the country along the red sea. Some gold was also mined along the Congo and Uganda borders.

Commercial gold mining only began in 1970s when the government conducted a geological survey to determine the viability of the county as a gold producer. In the 1980s, the government created the Sudanese Mining Corporation, which entered into partnership with several international gold mining companies to prospect and mine gold. As a result of the partnership the country began commercial mining of gold at Gebeit and in several smaller gold mines along the Red Sea.

In Sudan, gold mineralization falls within distinctive groups. The parentheses Gossan rocks with base metals such as copper lead and zinc have been found to contain important gold deposits. These rocks are characterized by mass oxidizing sulphides. Parentheses Gossan gold are found in the Sequin and Eriab areas of the Eastern Nuba Mountains.

And: Mining for Gold and Metals in Uganda

In Sudan, gold deposits are spread across the country including the Blue Nile, South Kordofan and Darfur. There are a lot of players in the sector with international companies controlling the major gold mines. Some of the top gold mining companies include La Mancha Resources, which runs the Hassai open pit mines. The company started mining at the Hassai mine in 1992 and produces about 30,000 oz of gold each year. The company also carries out gold exploration in the Arab-Nubian shield and in the Nuba Mountains regions.

Orca Gold Inc. is another important player in Sudan’s gold industry. The company was licensed in 2011 to explore for gold in Block 14, which is located on the northern border of Sudan and covers about 7,046 square kilometers. Drilling results of the exploration activities show high prospects especially in the Far East zone, the eastern zone, and the main zone.

A Russian company in 2015 discovered some of the largest gold deposit in the country. It is estimated that the company’s find is about 46, 000 tons of gold. The gold deposits are found in two areas one near the Red Sea while the other is close to the River Nile. With the signing of the mining contract Siberian for mining is expected to start mining in the coming years.

Metal Detecting for Gold in Sudan

It isn’t just the large mining companies that are capitalizing on Sudan’s rich mineral wealth. In recent years, Sudan has gotten a lot of attention in the metal detecting community for some of the huge gold nuggets that have been found by prospectors using metal detectors.

In some regions, prospectors are recovering several pounds of gold per week on average, an exceptional feat especially considering the poverty that many in this country deal with. Artisanal miners are making life changing discoveries with their metal detectors.

You would expect the discovery of huge gold nuggets in Sudan would attract interest from professional prospectors who want to find gold with their metal detectors, but unfortunately this gold happens to be in one of the most dangerous regions on Earth. It would be exceedingly dangerous for an outsider to travel to Sudan by himself and wander through the desert with a metal detector.

As such, it is mainly the local population that is doing the searching for these big nuggets. There are some amazing pieces being found, and most of them are being cut up and melted down!

Next: Gold Mining in the Democratic Republic of Congo