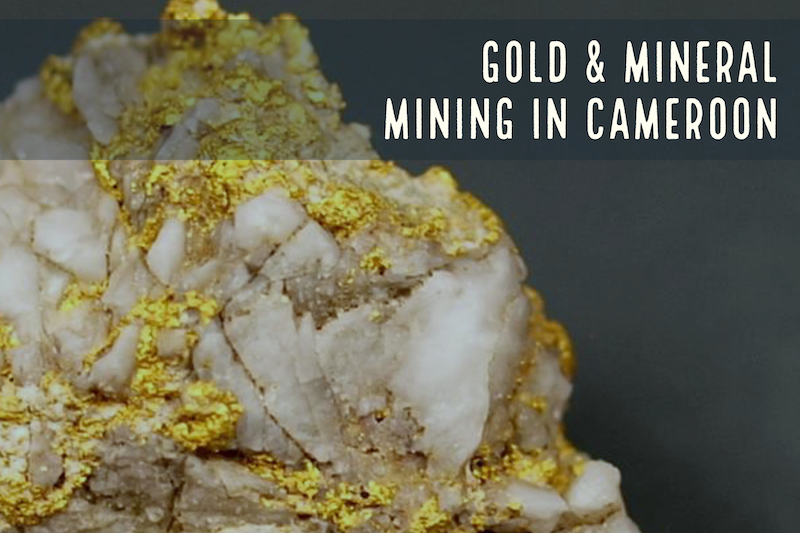 Cameroon is one of the many gold-rich countries in Africa, although little commercial mining has been done since the end of the colonial rule. This is partly due to the political instability that existed in the past. With the return of a democratic government in the late 1990s, Cameroon now offers a great opportunity to anyone interested in gold mining within the country.

History of Gold Mining in Cameroon

The gold mining in Cameroon can be traced back to 1930 during the colonial administration. Records show that when it reached its peak (in the 1940s), gold mining contributed about 20% of the country’s GDP.

The mining code for Cameroon has for many years encouraged artisanal and other forms of mining. To dig for gold commercially, one will require a class C or K mining licenses. With the increased occurrence of gold, many big firms are now getting into the sector.

According to the government, Cameroon has about 140 identified gold deposits. Most of these deposits are mined by artisanal miners, but with the recent expansion of the gold mining sector, this is about to change in the coming future. This is particularly because the government has commenced several studies and survey programs aimed at determining the potential of the country as a gold producer.

Since the year 2000, the gold mining sector in Cameroon has experienced tremendous growth. This is thanks to the increased efforts by the government to encourage large firms to invest in the gold sector. In 2011, the ministry of mines in conjunction with a number of mining companies and the small-scale miners common initiative groups started the ‘Operation Gold’ initiative to transform the existing informal mining into formal mines.

This initiative resulted in the discovery of six new gold deposits in the North West and South West regions. This was done by the government under the Small-scale Mining and Promotion Framework Unit (CAPAM) which has been working to promote industrial gold production.

These new gold fields include Misaje, Bipindi-Lolodorf, Batouri, Sangmelima, Mamfe, Ebolowa, and Okala. The US Geological Survey puts the annual gold production in Cameroon at 10,000kgs with hopes that the increased interest from commercial gold mining firms will further improve their output.

Major Players in the Mining Industry

Some of the major players expected to promote gold production in Cameroon include the Legend Mining, which through its subsidiary Camina SA acquired from the Cameroon General Mining SA in 2011 the Tapare Gold Project. The project has a single gold exploration and mining project that covers an area of about 1000km2. The project is located in the gold-rich region north of Batouri, which is about 300km to the east of Yaounde, the capital of Cameroon.

Another important player in the country’s gold mining sector is the African Aura Resources which owns the gold exploration and mining license for the Batouri block in the Southeast of the country. The company started exploration activities in 2006 and has recorded several successes although the actual mining is yet to start.

Important gold resources that have shown great potential in the past include the Ntem license covers a 987km² block in southwest Cameroon. This region was mapped by the Bureau de Recherches Géologiques et Minières (BRGM) in the 2007 and has recorded the highest production of gold by artisanal miners especially in the areas surrounding the Abiete and Assoke villages.

Other important resources are Rey Bouba and Tchollire licenses, which are both, located in northern Cameroon. African Aura company that has been exploring the two areas has recorded large gold deposits in Gentil, Millionaire, and Kalardje although commercial mining is yet to commence. With the opening up of the gold mining sector in the country, it is only a matter of time before Cameroon emerges among the leading gold producers in Africa.

Also Read: Gold Mining in Chad – A Growing Industry Ahead 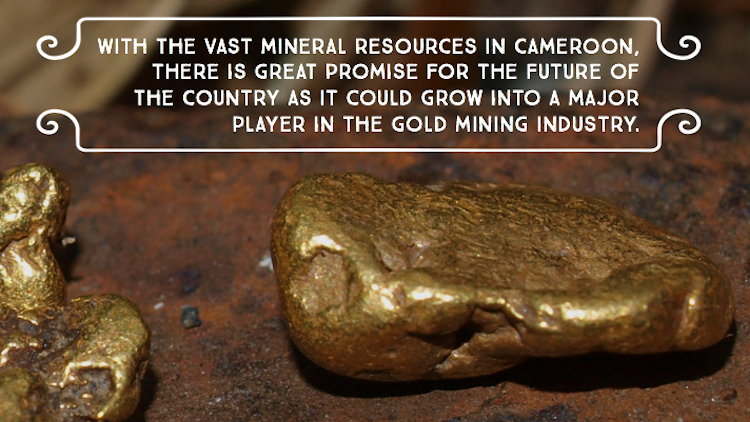 The government of Cameroon has struggled with how to manage the mining in the country, primarily related to taxation of the resource. They believe than the majority of the gold currently being mined by artisanal miners is being smuggled out of the country by traffickers who sell it in other countries to avoid paying taxes.

This challenge is not limited to artisanal miners however. Cameroon is also struggling to manage its growing mining industry and find a way to ensure that commercial mining operations also pay their share of revenue to the government.

With the vast mineral resources in Cameroon, there is great promise for the future of the country as it could grow into a major player in the gold mining industry. A steady and thoughtful growth toward a sustainable industry should have a great impact on the country over the coming decades.

Next: Gold Mining in the Democratic Republic of Congo