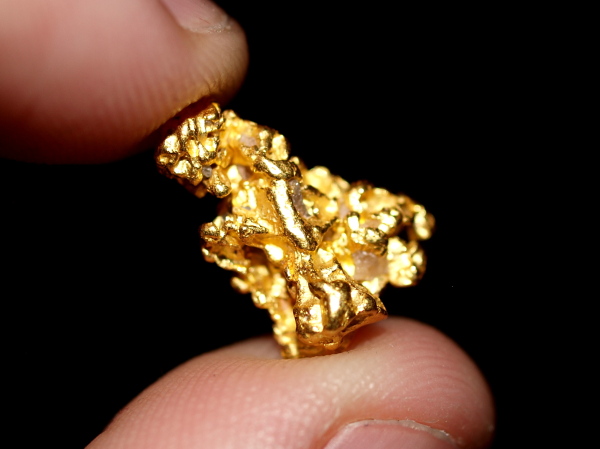 Victoria produced over 2400 tons of gold, which accounts for nearly 2 percent of all the gold mined in the entire world. One of the biggest contributors includes a city known as Bendigo, located 60 kilometers north-east of Ballarat. In April 1852, Mrs Margaret Kennedy and Mrs Julia Farrell, wives of two of the workers of Mt Alexander North pastoral property, discovered alluvial gold in the banks of the Bendigo Creek. They had reportedly located gold 200 yards westward of the junction of Golden Gully and Bendigo creeks, what is known today as the ‘The Rocks’. This major breakthrough after discovering gold in Bendigo led to a huge gold rush to Victoria, one of the largest in the history of the world.

The Growth of Bendigo

Mt Alexander (includes the goldfield of Bendigo and Castlemaine) was one of the world’s richest goldfields producing millions of ounces of gold in the first two years and within a shallow surface. Bendigo eventually became one of the richest producers of Gold producing over 700,000 kg of gold between 1851 and 1854. By Christmas 1851, there were about 800 people doing mining activities and by June 1852, there were 20,000 miners on the field. Over the next few years, the total population grew to approximately 40,000. For a decade, the gold production is approximated to be up to 4 million ounces of gold.

After the discovery of gold in 1951, the town was developing at a rapid pace from shelters made up of tents and bark hut to buildings made up of sandstones and bricks. The first hospital was built in 1853, followed by Bendigo Benevolent Asylum, built in 1860, for the needy and women in childbirth.

After the Initial Gold Rush

After obtaining the ‘easy’ gold became difficult to find, it this led miners to crush the quartz reefs which were standing below the surface. More than 5000 registered gold mines were formed in the area, since Bendigo Goldfield was rich in gold-bearing quartz reefs. The gold field contained about 37 quartz reefs that extended across an area of 16 km by 4 km. The goldfield contains the largest concentration of deep shafts in the world. About 140 shafts exceeded 300 meters in depth, 67 exceeded 600 meters and 11 were over 1000 meters deep. Gold production declined gradually as quartz mining became more prominent in 1859 and 1871.

Gold mining continued till 1954, even after a drop in population. Bendigo, now a city, saw some growth again in the 1930s. During that time, gold mining was being revived by one of the most commercial gold mines called The Central Deborah Gold Mine. The gold mine operated from 1939-1954, with 357 employees who successfully extracted 929 kg of gold from the ground. Central Deborah gold mine reached to a depth of 412 meters with 17 separate levels and 15 kilometers of drives and tunnels.

Bendigo has been the highest producing goldfields in the 19th century by producing 25 million troy ounces of gold since 1851. Although, the boom days are gone, the town has seen a steady growth since post-war years. Today, it is a popular spot for tourist attraction with spectacular architectural buildings to present.

The Central Deborah Gold Mine was re-opened in 1972 by The Bendigo Trust to offer tours on the surface of the mine. In 1986, it began running its famous underground mine tours. Due to the depth of the mines and presence of water in the deep mines, gold mining has become a difficult task to operate. However, much of the gold still remains in Bendigo, and mining continues to this day.

And: Gold Mining on the Island of Tasmania