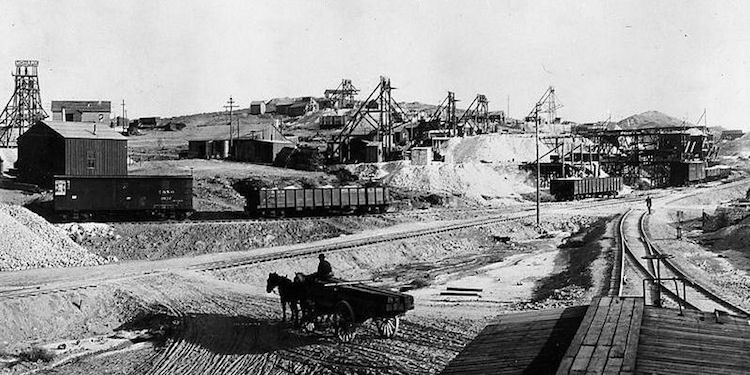 Mining was what made Nevada a state. Due to Nevada’s rich gold and silver mines, there was an increase in population which led Abraham Lincoln to announce it as the 36th state in 1864.

The Discovery at Goldfield

In 1902, two men Harry Stimler and William Marsh were grubstaked to locate a kind of ore which was claimed to be located 30 miles south of Tonopah. Stimler and Marsh went about and there it was, in the North Ridge on the Columbia Mountain, that gold was discovered. This new mining area had to be named and because of Stimler and Marsh, it had several options like ‘Grandpa’, ‘May Queen’ and ‘Sandstorm’ (since they located gold during a sandstorm). However, in 1903, some 36 prospectors and investors held a meeting to establish the town site and the town was finally named as Goldfield. The name was kept with the belief that it will be a better way to promote the area. Goldfield lies within the central and western parts of the Goldfield Hills, a group of Hills, which is surrounded by lower desert basins.

Mining of gold itself began in 1903. In the beginning, the ore was rich which led to a booming production of gold from 1903 to 1910. In 1906, Goldfield produced about 11 million dollars in gold. From just 20 people, the population of Goldfield went up to 30,000 thereby making it the largest city in Nevada in 1906. Furthermore, the amount of gold that was produced in 1906 and 1907 totaled to about 37 million dollars, eventually making Goldfield a place of prominence and prosperity.

In 1907, Goldfield was a very well-established town. Along with huge number of salons, Goldfield had a good number of restaurants, hotels, grocers, barber shops and laundries. Furthermore, the professionals included about 162 brokers, 54 assayers, 84 attorneys, 40 doctors and 10 undertakers. By 1910, about 16.8 tonnes of gold were being shipped.

And: Find Gold in the Desert using Drywashers

The Decline of Goldfield

However, after 1910, the production of gold declined rapidly with the ore supposedly being rich on the surface but shallow beneath. This made the population lose all their reason to reside in Goldfield, and eventually the people began to move towards more prosperous areas. After 1910, the population reduced to 5000. 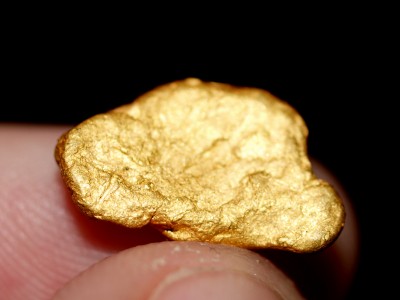 Unfortunately, Goldfield had yet to face more misfortunes. In the year 1923, a fire started in a bootlegger’s still which spread out to the neighboring buildings, wiping out 27 blocks of homes and businesses. Another fire that occurred in the year 1924 wiped out some notable buildings like the Goldfield News Building and the Montezuma Club. With hardly any gold left plus these catastrophic disasters led Goldfield to become a shadow of its former self.

Today, many of unoccupied goldfield buildings are an attraction. A Goldfield Days Festival is held every year in August which includes parades, booths, and historical displays. Due to this, Goldfield managed to attract some of the filmmakers and have a screen-time in films like ‘The Vanishing Point’, ‘Cherry 2000’ and ‘Desert Blue’. However, the prosperous days of Goldfield are now long gone with the depletion of the gold and silver deposits.

Next: Gold Prospecting in Nevada

And: 4 Ways You Can Find Gold in the Desert