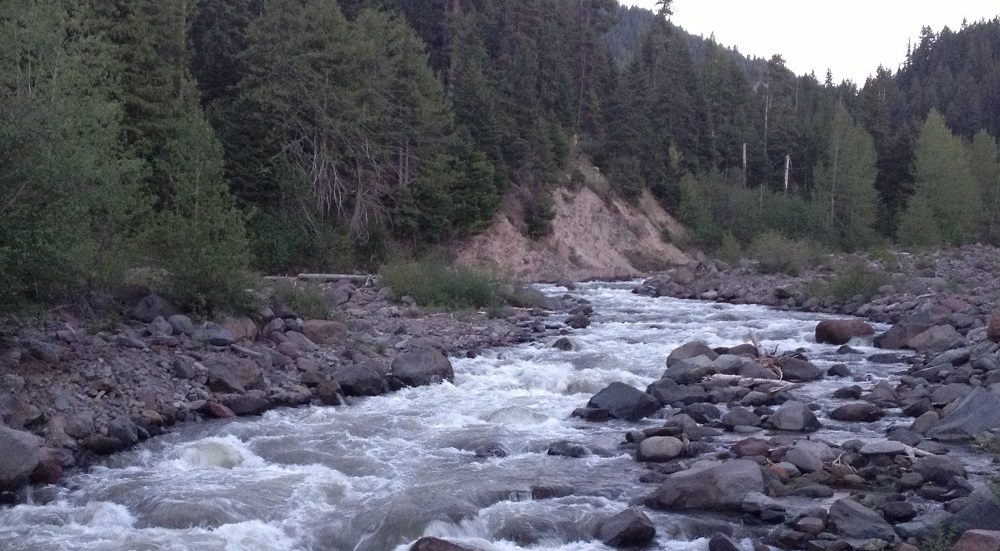 Gold forms in veins that are locked up within rocks and minerals completely unassociated with water.

This combination of gold and quartz is one of the most common host rocks from where the primary gold originates. These gold-bearing rocks, under several chemical and physical factors (various forms of erosion) are broken down, eventually leading the gold to separate from its host rock.

Water does not affect the places where gold forms on Earth, but it has a huge effect on where it can be found! 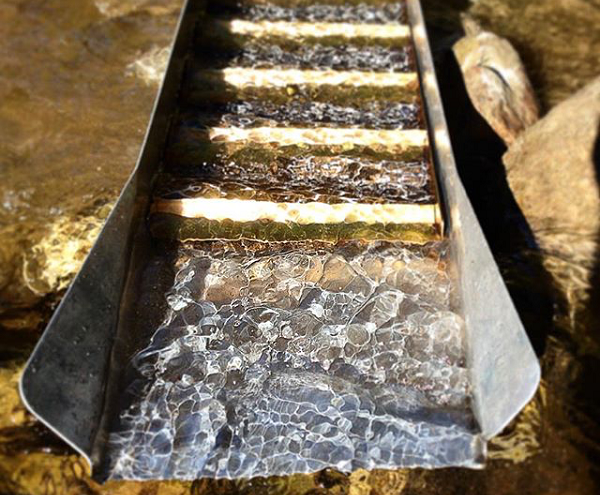 The Concentration of Gold in Rivers

These large deposits of gold are usually transported due to gravity (if formed in hills or mountains) or by water movements. Once the residual gold enters a stream or a river, it becomes alluvial gold and because gold is a heavy metal, they become difficult to move and begin to concentrate in areas like the lowest point in a stream bed.

These alluvial gold deposits are usually found many miles away from the primary source of gold and are moved by streams, creeks, rivers and gullies. The gold usually have round edges and are small nuggets. The finer gold are usually found in the lower parts of the stream bed and the larger nuggets are usually deposited in coarse sediments closer to the lode source. The gold can often also occur with heavy elements like magnetite and hematite.

There are several places where gold accumulates, one of them being at the locations where the flow of a river slows such as at deep water or where the river widens and the flows slow down. As the water slows, the energy lowers and gold will settle into the bedrock. 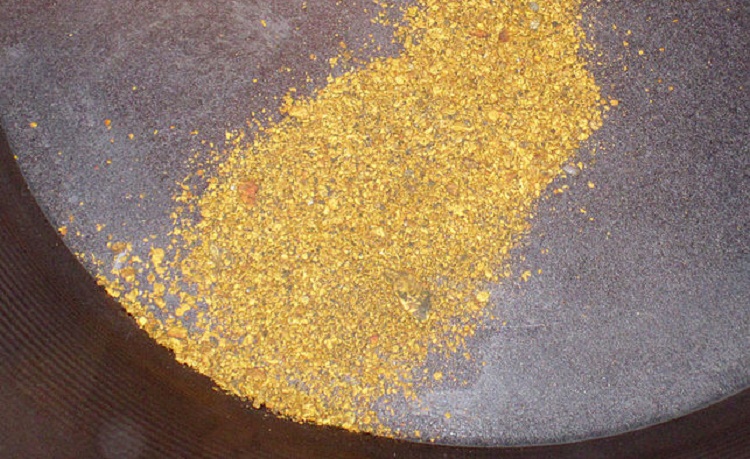 Finding large concentrations of gold can really pay off, but it takes time and experience to locate them.

When the flow of the river experiences changes, such as a sudden drop over a waterfall, the water flow can gouge a hole as it constantly hits the floor of the river. The gold will flow through the waterfall and accumulates in the hole; this is sometimes called a “glory hole” because some huge concentrations of gold have been found in these locations. However, not all waterfalls will accumulate gold like this, and often the gold will be blown out and continue further downstream during high water events.

The next place where gold may be accumulated is where two rivers meet. These are called confluence placers. The region where the rivers or creeks meet is high turbulence and complex rotations which will cause the flow of water to either slow down or to have a sudden change in directions. This will lead the gold to not move forward with the flow but to settle down in a calm region in the river. Some exceptionally rich alluvial gold deposits have been found at the confluence of two rivers.

Other good places can be in the bedrocks that lie beneath the river which may have some nuggets or flakes trapped in its cracks. Other than that, beach placers may be another prospective region of finding gold since the sea carries some of the gold from the river which may accumulate due to long-shore drift or even due to the action of the waves.

A Tip on Where to Dig:

Don’t just look for gold in the current waterway. You can also find gold is ancient river beds. These beds had a river running once but not any longer and the reasons could be due to natural disasters like volcanic eruptions and earthquakes, or just the natural changes of the Earth’s crust over millions of years. Sometimes these rivers do have undiscovered gold which could be recovered very easily.

High benches may be another good place to find gold. Sometimes these high benches may or may not be obvious. High benches occur when the river bank erodes and cuts into the earth. This leads the gold to be concentrated in areas high and dry above the waterline (basically the old banks). It may be only a few feet over the current water mark, but it can often be missed by other prospectors. 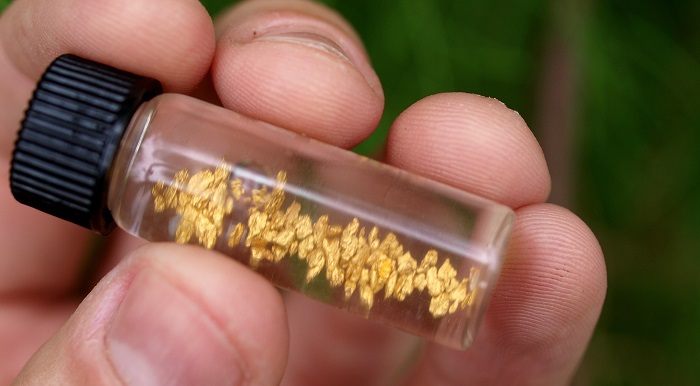 A good day on the river…