There is no doubt that for most of us, metal detecting is considered a fun hobby that gets us outdoors. Most people don’t expect to get rich with their detector.

I have found over the years that there are certain ways to hunt that are considerably more “profitable” than others. You might not want to rush out and quit your day job, but you can most certainly make some money with a metal detector if you do your research and locate good areas to hunt. 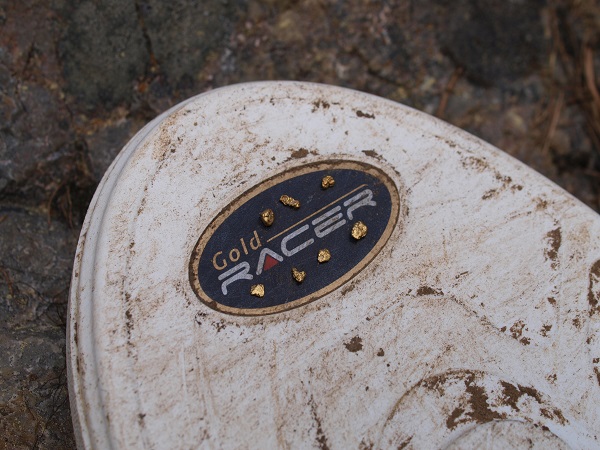 About $75 worth of small gold nuggets found with a Makro Gold Racer metal detector.

The areas to search with a detector are virtually limitless, but using certain strategies and methods to identify good places to search will increase your odds of success, particularly if you are looking to find something valuable.

Below are 6 types of strategies that you should consider if you want to find valuable items with your metal detector. Ranging from clad coins to gold nuggets, if you do it properly you can put some cash in your pocket!

We’ve probably all seen this. The day after a big concert, farmers market, or other event there will be a handful of detectorists out searching the areas where there were thousands of people the day before. Often these events will be held in city parks or other large, open spaces.

The most likely finds you will make are standard clad coins, simply the change that people dropped out of their pockets. Anytime you have thousands of people together in one area, you are going to find some change.

One nice thing about this type of hunting is that you don’t need to do any digging. All of your finds will be right on the surface so target recovery is quick and you can find a lot of stuff in a very short amount of time.

You aren’t likely to make any big scores here. While you might get lucky and find a gold ring or something like that, most of what you find will be common coins. Lots of pennies, nickels, dimes and quarters… but it all adds up! Sometimes detectorists can actually do quite well and average a decent hourly wage when hunting for coins after large events.

2. Jewelry at the Beach and Popular Swimming Holes

Metal detecting at the beach is a whole different experience. You can find literally anything at the beach from common coins to very valuable silver and gold jewelry. Some beaches even produce valuable old coins from time to time due to Spanish shipwrecks during the past centuries. Of course, there are a lot of trash targets hidden in those beach sands too.

On most beaches, the most valuable items that you are likely to find are lost jewelry. People put down a beach towel and set their valuables aside where they get covered in sand. They also go swimming in the ocean, where cold water makes their finger smaller and rings can slip right off their fingers with ease.

In particularly affluent areas there is potential to find extremely valuable jewelry. It is not unheard of for a metal detectorist to find rings or large pendants made from platinum or gold that appraise to be several thousand dollars. With enough patience, there is certainly money to be made from metal detecting at the beach.

Most people who hunt with a metal detector are interested in finding rare and old coins. This is the number one target for most detectorists.

To be successful at finding truly rare and old coins is to hunt in historic areas where they are more likely to occur. Anywhere that people habituated long ago is a potential location for a rare discovery. 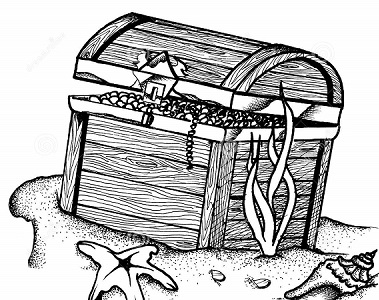 Where I live in the western United States, we don’t have much history compared to the rest of the world. The first people to bring coins here wasn’t really until the early 1800’s. Compared to places that have Roman coins or other rich history that dates back thousands of years it doesn’t really match up.

Still, regardless of where you live, there is always a possibility that you could find a rare and valuable coin. And not all rare coins are particularly rare. Often their rarity has more to do with the mint marks than the coins themselves. Nonetheless, for the best success it is usually a good idea to research and hunt in areas that have the oldest history.

The potential of finding a rich cache is what got me interested in metal detecting so many years ago. Just like the story of the pirate’s buried treasure, the thought of hitting something big and unearthing thousands of dollars in hidden silver and gold is a dream I still have!

Of course caches aren’t common. You might never find one even if you focus on this particular type of treasure hunting.

People do find them though. And they are out there, even today. Finding an old cache requires a whole different level of research. Successful cache hunters spend countless hours researching potential historic tips that might lead them to a buried cache.

Caches can come in all sizes and forms. The most common ones we think of is probably the coffee can of gold coins, but they can contain anything of value. And rest assured there are still some out there. Smart treasure hunters also don’t talk about it if they do find one, so you aren’t always going to hear about them in the news.

5. Hunting for Rare and Collectable Relics 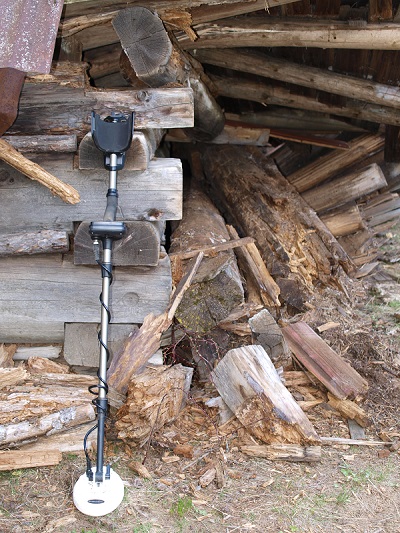 Hunting for rare old relics is much like metal detecting for old coins. The most important part is researching and locating areas where people congregated hundreds or even thousands of years ago.

Of course old relics don’t always have much intrinsic value. An old rusty nail isn’t going to make you rich no matter how old it is, but there are valuable relics out there if you know where to look.

In the American Southeast, metal detecting for old civil war relics is very popular. Old bullets are commonly found, enough so that they aren’t particularly valuable. However, a find like a bayonet or belt buckle is considerably rarer and will bring more money to a collector. In parts of Europe, valuable relics are found every day.

Regardless of where you live, there is probably some types of relics that you can hunt for that will be valuable to collectors.

Gold prospecting with a metal detector only works in areas that naturally produce gold that is large enough that the detector can actually hear it. A “nugget” of gold is what you are looking for when you go metal detecting; small dust and flakes will be completely undetectable my most detectors.

In the United States, the best states to metal detect for gold include Arizona, Nevada, California, Idaho, and Oregon, although nearly all of the western states have some detectable sized gold if you know where to look. Some other states in the Southeast like Georgia and North Carolina have produced some nice gold nuggets too.

Finding gold nuggets with a metal detector is very challenging, much more challenging than coin hunting. This is due to a variety of different reasons. Read more of our articles about metal detecting for gold to learn more about nugget hunting.

The best thing about metal detecting for gold nuggets is that when you do find one you know it will be valuable because it is made from gold! Gold is universally valued and there is no trouble selling it.

Most gold nuggets are relatively small, but I know many people who have found multi-ounce gold nuggets that they sold for several thousand dollars CASH! So there is certainly some money to be made from gold hunting if you take the time to learn how to do it.

I want to emphasize again that metal detecting is a wonderful hobby, and I think most people should treat is as just that, a hobby.

But it is also disingenuous to say that it isn’t possible to make some money with your metal detector. To the contrary, there are many people who have found ways to be successful with their detector and consistently make discoveries that they are able to sell.

A couple points to reemphasize:

First, you need to find the strategy that is right for you in your area. For example, hunting for gold nuggets in much of the world is completely pointless because most areas don’t have gold nuggets. And you also aren’t going to have much luck hunting for rare relics in places where people didn’t ever congregate in the past.

Secondly, research is absolutely critical. Regardless of the strategy or method of metal detecting that you do, you need to put in the time to find the areas that will have the highest yield for the items that you are searching for.

Yes you can make money with your metal detector, but it takes research and hard work to make it happen. Whether you are up to the task is entirely up to you.