The list of mining disasters in the U.S. is a long, sad one. Mining has always been a dangerous profession, and continues to be. Disasters continue to occur, and unfortunately some of them are caused by mine owners who are lax about following regulations, since it increases the cost of doing business. Profit is often put ahead of safety. Let’s take a look at a few of the worst disasters in U.S. mining history. 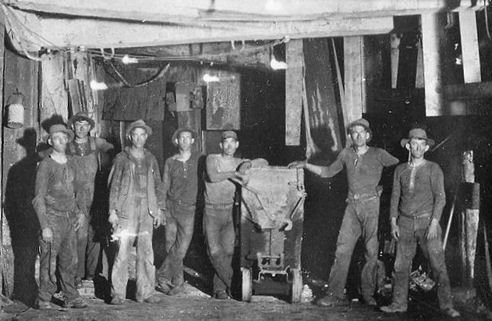 The mining disaster that occurred in Monongah, West Virgina, is considered to be the most deadly in U.S. history. The Dec. 6, 1907 explosion that tore through Mines No. 6 and 8 of the Fairmont Coal Company took the lives of at least 360 coal miners, including boys as young as eight years old. It was impossible to determine the exact number of casualties, because the system of miner identification had been destroyed in the blast, although the official death toll was 362. The Assistant Secretary for Mine Safety and Health Administration during the Clinton administration felt that an estimation of 500 casualties would be more accurate. Over 1,000 children lost their fathers, and 250 women lost their husbands.

Miners were unable to escape because the entrance of the mine had collapsed. Those miners who were able to survive the explosion would have died as a result of suffocation due to the poisonous gases that filled the mine. Although the exact cause of the explosion remains a mystery, there is a possibility that methane gas was sparked by a lamp with an open flame. Coal dust is highly flammable, and the subsequent fire would have quickly spread throughout the warren of tunnels. Another theory lays the blame on a train wreck in the tunnel. Still, these are just theories, and the real cause of the disaster has never really been determined.

Rescue operations were primarily carried out by immigrant miners, who worked their way through 700 acres of tunnels with shovels and picks.Their own lives were endangered by the poisonous gases and continuing cave-ins. The gas made it imperative that rescue workers not stay in the mine for longer than 15 minutes without coming out for fresh air. It was quickly very clear that their effort would be one of recovery, not of rescue.

On October 22, 1913 an explosion in a coal mine in the Stag Canon Mine No. 2 claimed the lives of over 250 miners. Although 23 miners were saved by rescue workers, two of the rescue workers were killed by toxic gas inhalation during the effort. The shock of the explosion was felt by the town of Dawson, and the cause was widely considered to be a miner’s lamp that ignited methane gas. The opening of the shaft was blocked by timber and rock, and it took the rescuers eight hours to remove enough debris to get 100 feet down the shaft. Unfortunately, the rescue effort was hampered by the fact that it took precious time to repair fans that ventilated the shaft.

On February 8, 1923, Dawson was rocked again with a disaster in the Stag Canyon Mine No. 1. The derailing of a mine car sparked a coal dust fire, and many of the 123 miners that died in the mine were the sons of the 1913 casualties in Mine No. 2.

The Phelps Dodge Corp closed the mines in 1950, and Dawson became a ghost town at that time. Although most of the buildings are gone, there are numerous graves of the casualties, marked by white crosses.

A fire in the Cherry coal mine on November 13, 1909 killed 259 men, once again including many young boys. The electricity was out that day and the workers had to use kerosene lanterns, which subsequently ignited a hay cart. The fire wasn’t noticed and may have actually been ignored in the beginning, but as the fire spread to supporting timbers, it also quickly spread to the other tunnels of the mine. When a fan was reversed to try and blow the fire out, it instead lighted the fan house on fire. To make matters worse, escape ladders and stairs were also ignited. More efforts caused more problems. In closing two of the shafts to deprive the fire of oxygen, the miners were deprived as well, and the miners began to succumb to a nitrogen and carbon dioxide mixture.

Escape shafts and the hoisting cage saved approximately 200 of the miners, and some of the survivors were actually willing to go back into the mine in order to help their fellow miners. Eight days after the fire, 21 men found their way out of the mine, after sheltering behind a makeshift barrier. They had been deprived of food, but had found water and were eventually able to get out, although one of them died from asthma after two days.

A year later, stronger safety regulations for mines were established by the Illinois legislature.

The deadliest disaster to occur in a hard-rock mine took place June 8, 1917 when fire broke out in the Granite Mountain/Speculator Mine. Ironically, the fire started during the installation of a safety system.
An electric cable that was being lowered into the shaft as a part of that system fell and sustained damage. The cable’s cloth insulation was soaked in oil, and when a foreman went to check out the damage, his lamp set fire to the insulation and the fire shot up the cable. The entire shaft went up like a roman candle.

Most of the 168 miners that perished died from asphyxiation, and some of them survived for a few days, long enough to write notes and letters while they were hoping for a rescue that came too late for them. A memorial to the fallen displays some of the letters.

More about the The Copper Mines of Butte

On November 3, 1926, the Barnes-Hecker iron mine suffered a cave-in that took the lives of 51 miners. The mine was initially developed in 1917 in swamp land. Due to the swampy nature of the location, underground dams are put into place, as well as a concrete shaft lining. Draining a nearby lake made the biggest impact on keeping the mine dry.

As a cage full of men depart the mine for their dinner break, they hear underground roaring, and efforts to reach those still underground are impossible as they no longer have electricity. Investigation finds the mine being flooded with water, rock and mud, and pumps are brought in to drain the mine, but water levels are still so high by that evening, that only seven victims can be recovered, one of whom is the mine captain, the other being the mine inspector for the county. One hundred thirty two children are left fatherless, and there are 42 widows.

Two months later, the site of the cave-in had become a deep lake. Work to reclaim the mine caused another dam break, the mine was flooded again, and at this point the owner closed the mine. The cause of the original cave-in was never determined

On May 2, 1972, ninety-one miners lost their lives in the Sunshine Mine, a silver mine in located between the towns of Kellogg and Wallace, in Idaho’s Silver Valley. Two mine electricians smelled smoke at approximately 11:40 in the morning and called out a warning. Smoke spread quickly throughout the mine, and hoists began lifting miners to safety for as long as it was possible to do so. Eighty men managed to be evacuated from the mine until the man running the hoist was overcome by smoke and perished. Two more fortunate men were brought to safety a week after the fire. They had found a source of fresh air and consequently survived until they were found. The last of the victims were recovered on May 13.

The Bureau of Mines at that time felt that the likely cause of the fire was a refuse pile that spontaneously combusted. However, due to massive cave-ins, a significant investigation of that area was not possible. Another possibility could have been the use of an acetylene oxygen cutting torch, but that is not considered likely. The exact cause is still a mystery. Unfortunately, a bulkhead collapse short-circuited ventilation, and smoke was recirculated as the primary source of moving air, rather than fresh air.The miners quickly succumbed to smoke inhalation.

Polyurethane foam was being used as a sealant for ventilation airways. Some question whether that is a safe usage, as it is flammable. The miners carried safety breathing apparatus, but many reported that they had failed. All U.S. miners now carry a much-improved breathing apparatus, which is considerably easier to use.