South Pass City is a beautifully preserved and authentic mining town located in Fremont County, Wyoming. Some accounts place the discovery at Willow Creek in the Wind River Mountains, while others place it at Strawberry Creek. Before the discovery of gold, South Pass was just a stage stop. Gold was discovered in small amounts 1842 in Sweetwater Creek, and South Pass City was settled in earnest in 1867 when Mormon prospectors found more significant amounts of gold in the Carissa ledge, which would later become the Carissa Mine. Although all drainages in the area produced glacial gold, it was exhausted fairly quickly. The Carissa hard rock mine is estimated to have yielded 180,000 ounces of gold, but the amount could be considerably more, given that production records were incomplete. The Carissa was opened and closed numerous times, but was closed for the last time in 1946. Some estimations indicate that although the Carissa is now closed, it could conceivably still contain several million more ounces.

Raids by the Cheyenne, Arapahoe, and Sioux were a constant threat to the settlers. The settlers made a huge impact on the Indians’ food source, and the mining operations were fouling the drinking water, so the raids began out of a sense of frustration. In 1868, the Indians made away with approximately 100 mules and horses, making it difficult for the miners to follow the raiders. Since horses were needed to supply equipment and mining gear, more were brought in, but the Indian raiders once again took the supplies and the horses a month later, as well as killing four men.In August of 1868, an oxen supply train was attacked, and two men were wounded. Still, growth continued at a good clip and by 1870 South Pass City was home to over 3,000 souls.

Most mining towns have some colorful stories, and South Pass City is no exception. Horace Tabor, a silver king, enraged his wife, Mrs. Augusta Pierce Tabor, when he embarked upon a relationship with Mrs. Harvey Doe, who came to be known as Baby Doe Tabor. Augusta had built up her divorce settlement of $300,000 to $1,500,000 when she died. However, Horace was not so lucky, as he lost all his money in the Panic of 1892 and died a poor man. Before his death he told his then wife, Baby Doe to keep her interest in the Matchless Mine, which she did. But she was found frozen to death in her cabin, so it would appear that the injured Augusta got her revenge. 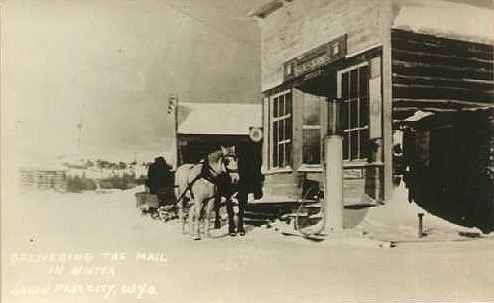 Women’s Suffrage in Wyoming began in South Pass City. William H. Bright, who was owner of the South Pass mine and a saloon, introduced the bill in 1868 to give women the vote. He w as a member of the First Territorial Assembly. It easily passed the legislature and was signed by Governor John S. Campbell into law. In just two years, an attempt to repeal the act was made, but failed. Some credit is given to Mrs. Esther Morris, who met with Bright, and is said to have convinced him to bring forth the bill. Mrs. Morris was appointed in February of 1870 as the first female judge in America. A statue of Esther stands in front of the Wyoming capitol building in Cheyenne, as well as in Washington D.C.

The Decline of Mining

As is always the way of all mining towns, shortly after being made the county seat the population began to decline as richer gold finds lured miners away, and there were only several hundred residents by 1872. There followed several boom and bust cycles for South Pass City, and those who chose to stay in town often opted to branch out into the timber and ranching industries. But the decline was steady, and in 1949, South Pass lost the last of its permanent residents. Attempts were made for 20 years to run the town as an attraction for tourists, but keeping the buildings in good repair became too costly and time consuming. 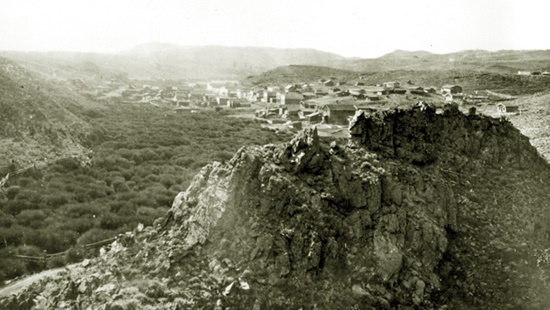 A look at South Pass City, Wyoming during the peak of the mining boom.

South Pass City got a new lease on life in 1966, when the state of Wyoming purchased the site. State agencies as well as private organizations worked together to restore the town to its original condition, and there are now 23 structures that have been restored and are furnished with period items. Visitors can view a sizable collection of artifacts that originated in South Pass during its heyday. A walking tour is conducted through the town, and original mining equipment, the old stamp mill and brick kilns are visible. There is a general store where visitors can purchase souvenirs and a cool drink of sarsaparilla. Although the cemetery still exists, most of the families removed their relatives’ remains to a different location when they left town. Today only four marked graves remain – those of four children.

The Flood and Hindle Mining Trail is an interpretive 1.6 mile walk. Sign markers along the way feature information about the daily lives and the work of the residents during South Pass City’s glory days. Guided walks are available each Saturday July through August.

South Pass City celebrates Gold Rush Days every summer. You can watch baseball games played in vintage costumes. You will be able to learn to pan for gold, view various demonstrations and the saloons offer live music, billiards, and various reenactments. There are also double jacking contests, where one man holds a steel chisel on a piece of granite with his hands, and his partner hits the chisel with a sledge hammer to make a drill hole. Every half minute, the miners would change places. This job would take nerves of steel, and no information seems to available on how many miners were injured doing this, but there had to be some horrendous injuries.

There is a well marked pull-out to the south of Sweetwater River, and from there tourists can view the remnants of the Oregon Trail. There are interpretive signs that will tell you what you are looking at.

In 2003, Wyoming bought the Carissa Mine and Mill, and has undertaken an environmental cleanup. The mine and mill are now open to tours, as well as the historic townsite. A lighted night tour is now available also.