Located just off Route 66 in Arizona you will the town of Oatman, Arizona. Now a ghost town, Oatman was once a thriving gold rush mecca. A town of over 10,000 people during its heyday is now a tourist town of around 100 people throughout the year and droves of burros.

Its rich history and legend still live on.

Oatman, Arizona during the height of the mining activity. This is still one of Arizona’s richest gold mining areas.

Discovery of Gold in Oatman

Oatman lies across the Colorado River and up the hill from Laughlin, Nevada, nestled in the Black Mountains of Mohave County. The Black Mountains are well-known throughout history for the wealth of gold found just beneath the rocks and in rivers. When you think of the big gold rushes in Arizona, you often think of these mountains. Much of this fame can be attributed to towns such as Oatman.

Gold mining first started in the late 1800s in the Black Mountains, and the industry would have its regular highs and lows throughout the years. The prospector, Johnny Moss, was one of the first miners to explore the area for gold in the 1860s.

This was a time in American history where new gold discoveries were being made throughout the West, and miners were venturing over from the California goldfields to explore the arid desert of northern Arizona.

He staked claim to two different mines in the area, naming one Moss and the other Oatman. A unique name for a mine, Oatman was named after Olive Oatman, a young Illinois girl who was kidnapped by Apache warriors, was sold to the Mojave Indians and was later released after five years in captivity in 1855 near the town’s site. 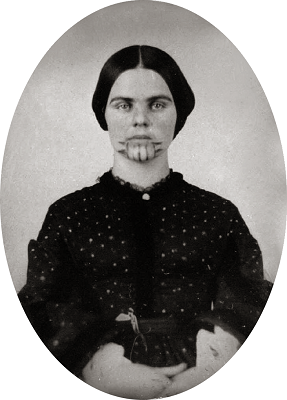 The town of Oatman was named after Olive Oatman. Her family was massacred while traveling trough Arizona and she was kidnapped by Indians. Her tattoos were later given to her by the Mojave tribe who held her captive for 5 years before she escaped.

It was not until the early 1900s that mining officially took off in Oatman on a large scale. This boom started when the Vivian Mining Company opened their mining operations in 1904. Because of their success, the town of Vivian was created. It started as a tent city with only a handful of inhabitants, mostly miners, and then quickly grew as miners flocked to the region searching for their own personal fortune.

The town had much success between the years of 1904 and 1907 as the mines yielded over $3 million in gold. This amount would only increase throughout the years. Later in 1908, over $13 million was discovered in gold in the Tom Reed Mind, bringing further wealth to the town and its inhabitants.

In 1909, the town officially changed its name from Vivian to Oatman, the same girl whose name went into the naming of the Oatman Mine. Oatman steadily grew until the town took off in 1915 after two local prospectors struck over $10 million in gold. That year, the population in the once small town quickly skyrocketed to over 3,500 residents. 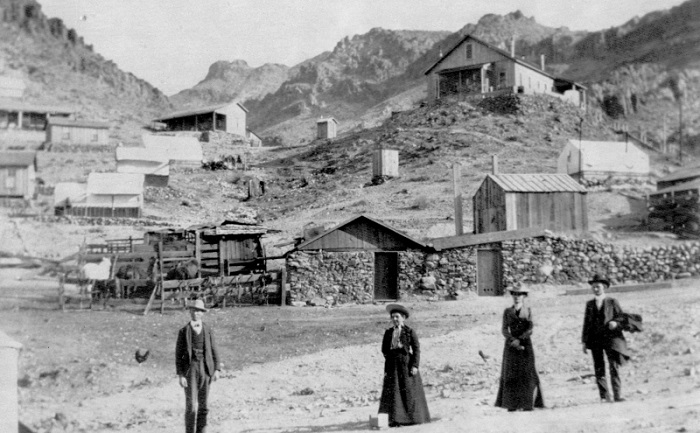 Fires, Mine Closures, and Route 66

Not unlike many other mining towns, Oatman did have its rough times. A fire burned through much of the town in 1921 which shook the success of the town and destroyed buildings and homes in its wake. The closure of the United Eastern Mines operations hit the mining industry hard as well three years later. However, the town rebuilt and soon resumed growth with the construction of famed highway, Route 66, which brought many other small mining operations into town to bring back industry that was lost.

Throughout the years, the neighboring town of Gold Road and Oatman were the two biggest producers of gold in Arizona and even in the country. It has been estimated that by the 1930s over 36 million dollars of gold had come from Oatman’s mines.

By the 1930s, over 10,000 people resided in the Oatman area. Two banks, seven hotels, ten stores and twenty saloons lined the streets. It was by far one of the most successful mining towns in the West.

The town prospered through the 1940s. As the Second World War hit, the need for gold decreased as the government needed other metals for the war effort. To keep up with this supply and demand, the gold miners were taken to other areas to mine for these other metals. This left the Oatman mines unattended, and due to this decrease in workforce, these once prosperous mines soon closed.

The town remained running despite the closure of the mines. Due to tourism and the convenient location it had off of Route 66, it managed to live on unlike so many other mining towns.

Many of these inhabitants were of the furry variety. During the town’s boom, Oatman miners used faithful burros to haul their supplies to and from the mine. The number of burros in town grew with the number of workers in the town. However, as resources ran out and mines closed, their owners abandoned the burros to fend for themselves.

Today you can often find a wild burro or two wandering the streets of downtown Oatman.

This once booming gold town still remains one of the premiere historic mining towns in the country. However, instead of the mining industry, Oatman is recognized as a tourist destination, a ghost town reminiscent of the Old West. The mines still exist and gold remains in those hills, left for future generations to discover.