Breckenridge boasts a rich gold mining history that dates back to the early days of the gold rush in the United States. Located strategically on the base of Tenmile Range near the Blue River and Lake Dillon, the town is a major attraction to many Americans who come visiting during the summer to explore the gold mining history and enjoy the nice outdoors around this scenic town. 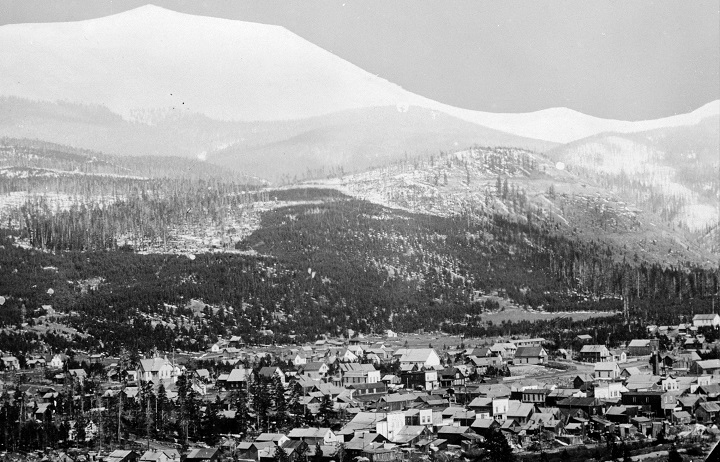 The town was established by General George Spencer in 1859 and named after the 14th vice president of the U.S.A, John C Breckinridge. General Spencer’s main reason for choose the name of Breckinridge was to influence the government to establish a post office in the town. The plan eventually worked with the opening of the first post office between Salt Lake City and the Continental Divide in the town.

The spelling of the name was eventually changed to Breckenridge after the civil war because of the decision by the then former vice president to side with the Confederates.

The Rush was On

Gold prospectors first came to the Summit County in 1859 during the famous Pikes Peak Gold Rush and soon afterward placer gold was discovered near Idaho springs just a few miles from the current location of Breckenridge. More and richer gold deposits were soon discovered along the Blue River and the surrounding hills. The town was then established to serve the growing number of miners in the area.

First miners focused on the Blue River, the Snake River and the Swan River, and then when the gold in the rivers declined they started hydraulic mining the bench deposits in the hills along the river. Starting in the early 1900s several companies started dredge mining along the Blue and the Swan Rivers.

The region is thought to have produced over one million ounces of gold during the active years of gold mining. Placer mining in the area around the site of Breckenridge followed the same fate as gold mining in other gold rich areas. Most of the placer deposits were exhausted within the first few years of mining activity, and the miners then began focusing on the hard rock deposits in the surrounding mountains.

Today most of the mines around the town are abandoned, but there are some gold mines are still open primarily for tourists and recreational gold panning.

And: A Huge 156-Ounce Gold Nugget found in Colorado 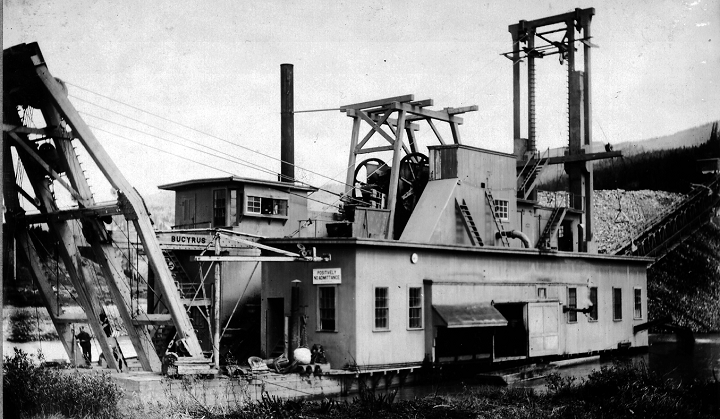 Huge bucket line dredges like this one mined the river gravels all throughout Colorado. The recovered million of ounces in gold, but were very destructive to the environment.

After the bustle and hustle of the early days of the gold rush had cooled down and the gold in rivers and hills around this great town had diminished, most of the fortune seekers who worked in those mines left the town in search of richer ground. A number of mines and mills were left behind, some of which have now been resurrected for the purpose of recreational gold panning and tourists.

Some of the major gold mines around Breckenridge include:

Later it was discovered the mine also contained high-grade zinc and lead deposits and was one of the major sources of the two minerals during the First and the Second World War.

Today there is no more commercial mining at the Country Boy Mine but there are daily tours to the mine and gold panning is allowed during the summer months of the year. If you enjoy gold panning then visiting this mine should be one your priorities as it offers a lot of recreation activities. 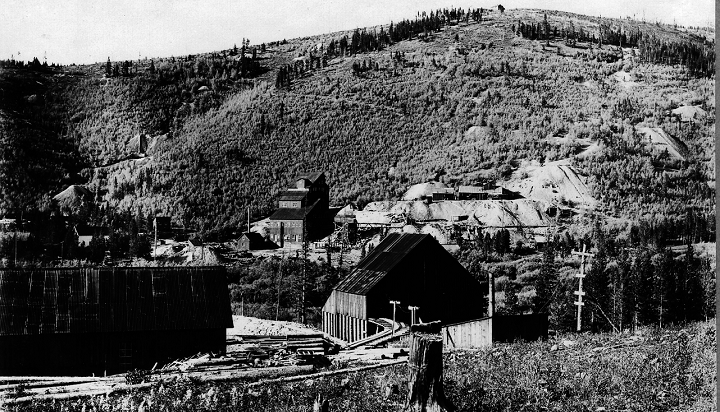 The Washington Gold Mine was one of the largest and deepest underground gold mines in the Breckenridge mining district. The mine was established in the early 1880s and by mid-1880s it has about five underground shafts going for over 10,000 feet below the earth surface. Although first established as a gold mine, the Washington gold mine produces both gold and silver throughout most of its lifespan.

Today you can take a tour of the mine and go back in time to learn about the experiences of the first gold miners in the Breckenridge region. Visitors are also allowed to pan for gold on the site of the Washington Mine and this can be a great activity for anyone interested in finding some gold in this historic mine.

The Lomax Placer Miner was one of the early gold mines to be established in the Breckenridge area. The mine began as a placer claim along the river where most of the early miners collected the surface gold on the river bed using rudimentary methods such as sluice boxes 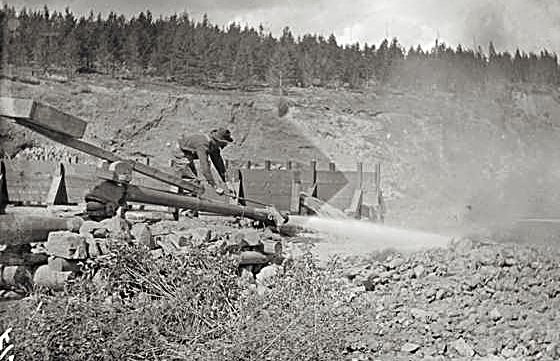 After the easily accessible placer gold was mined out, hydraulic mining was used to wash the gold from ancient river channels.

As the gold in the river diminished miners began mining the adjacent hills using water from the river to wash down the dirt and this was the start of the Lomax Placer Mine.

Located in downtown Breckenridge, the Lomax Placer mine was one of the most successful placer gold mines in the Breckenridge mining district in the 1860s but shut down when the gold in the hills was exhausted.

Today you can visit the mine and learn about hydraulic gold mining using the original hydraulic mining tools used at the site. Visitors to the site are also allowed to pan for gold and whatever they find it is there’s to keep.

Other Gold Mines near Breckenridge

There are a lot of other places where gold was found and where you can still pan for gold and find something to keep all around the Breckenridge. Some of these mines include the Wire Patch Mine established by Farncomb in the 1880s. The mine produced alluvial gold in a crystalline form most of which was not melted but rather was sold in its original form for use as jewelry.

The other rich gold mine was the French Gulch and the Farncomb Hill mine both discovered by Harry Ferncomb in 1878. The gulch produced a lot of wealth to the miners and created envy among miners resulting in a ten-year dispute over the ownership of the mine. Today you can still pan for gold nuggets in the gulch.

The Jessie Mine was another important mine during the gold rush days in the Breckenridge region. The mine operated from 1880 well into the 1930s producing millions of ounces of gold, lead, and silver. Today there are tours being organized to this stamp mill mine and you can also pan for gold on the site.

Yet another great mine that still stands is the Jumbo Mine located on the Gold Run Road. The mine was rich in gold and you are allowed to pan for gold around it.

Breckenridge is very different today than during the initial gold rush. The economy of the town has shifted from being a mining town to that of a tourist town. Skiing, hiking, mountain biking, rafting and fly-fishing are now the main attractions in Breckenridge.

While the mines are no longer being actively worked, the history of the mines has been embraced by Breckenridge. Many of them have been opened up to visitors providing opportunities to explore and do some panning of their own.

Breckenridge is one of many wonderful old mining towns scattered throughout Colorado’s high country, and definitely worth a visit. Take in the beauty of the Rocky Mountains and perhaps follow in the steps of the early miners and do some gold prospecting as well!

Next: Public Gold Mine Tours in Colorado – Underground Adventures!