Since Idaho has been nicknamed the ‘Gem State’, It should be of no surprise that there are a wide variety of interesting gems in the fertile soil of the state. If you plan on making a prospecting trip for Idaho gemstones, you’ll find that the some of the finest amazing opals and stunning star garnets are among the finest specimens that you can find anywhere. 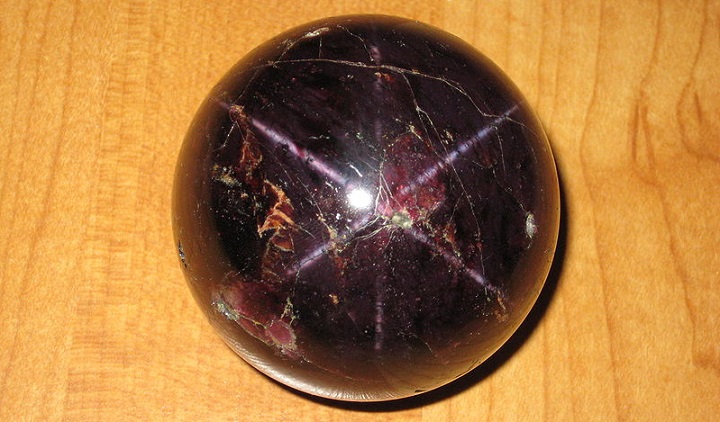 Opal is a highly sought after stone, and for good reason. The best examples shine with brilliant color when exposed to the light, and it occurs in fairly large formations compared to many gemstones.

There are quite a few places you can go to harvest opals while you’re in Idaho, we’ve decided to list some of the most popular that are open to the public.

Most parts of the Spencer Opal Mine are closed to the public, but they operate a “mini-mine” which you can dig through for a small fee. The $15 fee will cover up to a pound of rocks, with an additional $10 fee for each pound after the first. The prices are reasonable but you’ll have to bring your own equipment.

The “mini-mine” is actually crushed up rocks from the primary Spencer Opal Mine site, and most people walk away with a decent amount of rough. If you get really lucky, you might even find a valuable stone with a lot of “fire” in it and end up making money on the venture.

The fun is all in the hunt, though, and it’s easy and accessible for a large portion of the year.

This isn’t a pay-to-dig mine, but there are several opal deposits just south of the town of Marsing in Owyhee County. You could camp at Givens Hot Springs and venture out for some opal digging during the day.

Most of the opal deposits have been found in the areas around Hardtrigger Creek, Opalene Gulch and Squaw Creek.

There are only two places in the entire world that the beautiful gemstones known as Star Garnets can be found, and the Garnet Area in Idaho’s Panhandle National Forest is one of them.

The area has been shut down for actual mining due to concerns about the environment in the area. Previously, people simply dug gravel out of the creek in this area and sifted through it, but it caused a considerable amount of ecological damage before the state stepped in and put a stop to it.

That’s not to say that you can’t find them anymore, instead, you’ll have to travel to the Garnet Area and pay a minor fee in order to do it. For $10 any adult can place gravel that has been dug specially for the purpose through a sluice box and remove up to five pounds of garnet.

You can clear up to six permits, or thirty pounds of garnets, per year and that can make for a huge amount of these rare Idaho gemstones.

The stones themselves come in a variety of sizes, but the main thing to concern collectors is the “stars” themselves. While the four pointed “stars” are certainly attractive, it’s the rarer six-sided stars that are highly sought after, sometimes fetching over a hundred dollars per karat!

If you’re looking for star garnets in the United States, this is the only place where they are actually found in quantity and it’s definitely worth the trip whether you’re just passing through or planning a serious rockhounding expedition.

Idaho is actually called the Gem State, which might surprise some people, but the astounding variety of precious and rare stones found there are enough to put pretty much any collector or amateur prospector there at some point or another if they’re serious about the hobby.

Whether you’re looking for massive opals, or just want to add a couple of the ultra-rare star garnets to your collection, Idaho is definitely worth a trip and you might just want to set aside some time to get out there during your next vacation.

There are a wide array of different Idaho gemstones, some of which are very valuable. With a bit of research you will have no trouble finding an area to explore.