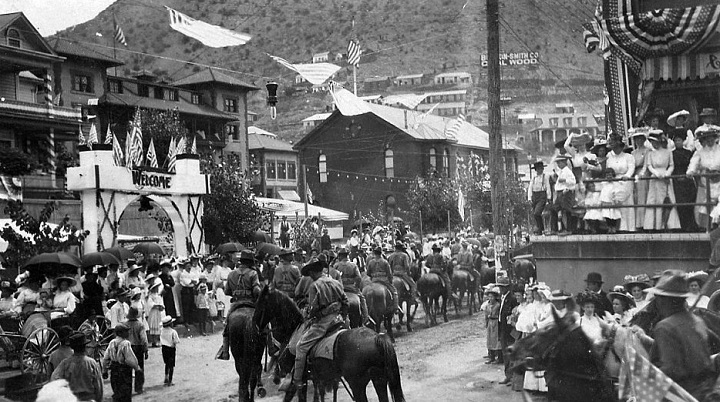 During the period of the American Gold Rush in the late 1800s and early 1900s, Bisbee, Arizona, located in Cochise County, just southeast of Tuscon, was known as the “Queen of the Copper Camps.”

Unlike many towns in the west during this time, Bisbee was known for a metal other than gold – copper. Countless bodies of rich ore were scattered throughout the area, and Bisbee was the epicenter of the activity.

The Discovery of Copper in Bisbee

It all started in 1877 when a reconnaissance detail of cavalrymen and army scouts were sent to the Mule Mountains in search for renegade Apache Indians. During this voyage, one of the lead scouts, Jack Dunn, discovered signs of mineralization of lead, copper and silver.

Recognizing this rare opportunity, the focus of the trip shifted from then on, and the very first mining claim was staked in what would later be known as the City of Bisbee.

Following the filing of this initial claim, numerous others were then made by prospector, George Warren. Warren sent prospectors to the Mule Mountains in search of wealth and riches.

Mining in the Mule Mountains took off, making the City of Bisbee one of the richest mineral sites in the world. The Bisbee mines produced more than three million ounces of gold and more than eight billion pounds of copper. On top of this, silver, lead and zinc abounded in the mines, as well. 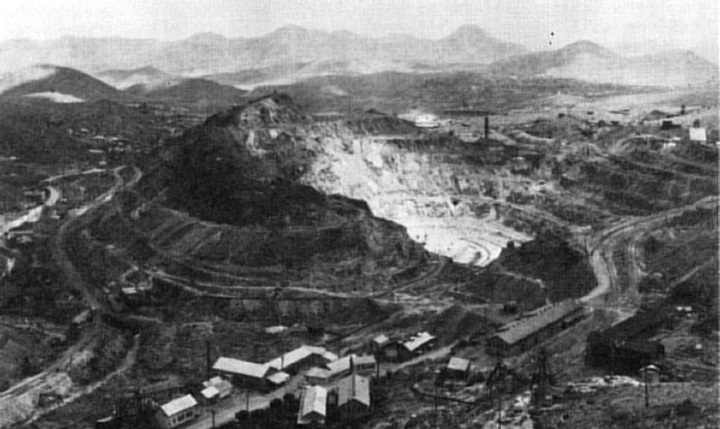 Bisbee, Arizona – A City Emerges from the Desert

In the early 1900s, Arizona became the premier area for copper mining operations. Bisbee quickly became the largest city between St. Louis and San Francisco. By the beginning of the 20th Century, the city had over 20,000 residents and was well-known as one of the most cultured cities in the west.

Bisbee is home to the nation’s oldest ballfield, Warren Ballpark and Arizona’s first golf course, Turquoise Valley. The name came from the high levels of top quality turquoise that was produced in the area that became quite popular through the United States.

What was called Bisbee Blue, this turquoise was a by-product of the Bisbee mines. Many other minerals were also produced because of copper, including cuprite, aragonite, wulfenite, malachite, azurite and galena although turquoise was, by far, the most popular.

Bisbee also has the state’s first community library, Copper Queen. All three of these structures were established during the boom of growth in Bisbee and are still in operation and open to the public to this day.

Turmoil in the Bisbee Mines

Bisbee’s history is not without its blemishes. The city was also home to one of the larges deportations in Arizona and the country in general. The deportation was started by Phelps Dodge, which was the major mining company in the area.

Miners came together to request better working conditions and wages in the Bisbee mines, and in response, the company made allegations that the workers were members of the Socialist-affiliated Industrial Workers of the World, also known as the Wobblies. This response was a huge attempt at preventing unionization and had a huge effect on labor activities throughout the entire country.

What resulted was a rash of anti-labor crime involving illegal kidnapping and deportation through arrests of striking miner workers.

Over 1,300 striking mine workers, their supporters and citizen bystanders were taken onto cattle cars and deported 200 miles to Tres Hermanas, New Mexico, for a 16-hour journey through the desert with no food or water. Those deported were taken with no money or transportation and were warned against returning to Bisbee. 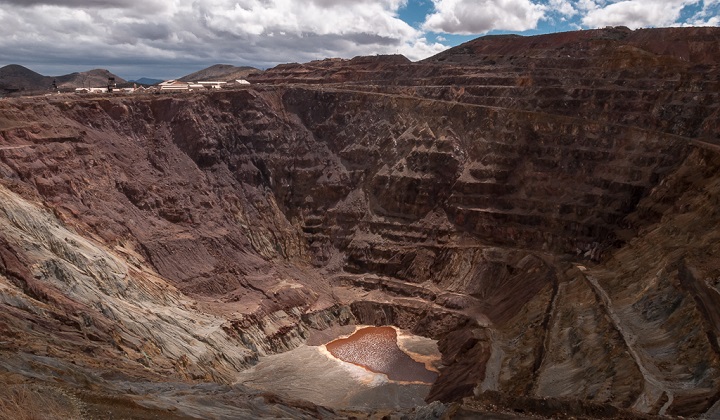 By the time the early 1900s hit, mining was king and managers and engineers in these companies answered primarily to stockholders back east. With the onset of World War I, open-pit mining in Bisbee successfully met the copper demands during war. Prices reached all-time highs and the companies profited.

Open-pit mining kept the industry booming and workers continued the underground work, allowing Bisbee to survive unlike other mining towns in the west. The mines lasted for over a century, producing eight billion pounds of copper, 102 million ounces of silver and 2.8 million ounces of gold, along with millions of pounds of zinc, lead and manganese.

Operations remained strong throughout the 20th Century until 1974 when ore reserves were depleted and mining operations closed in 1975. 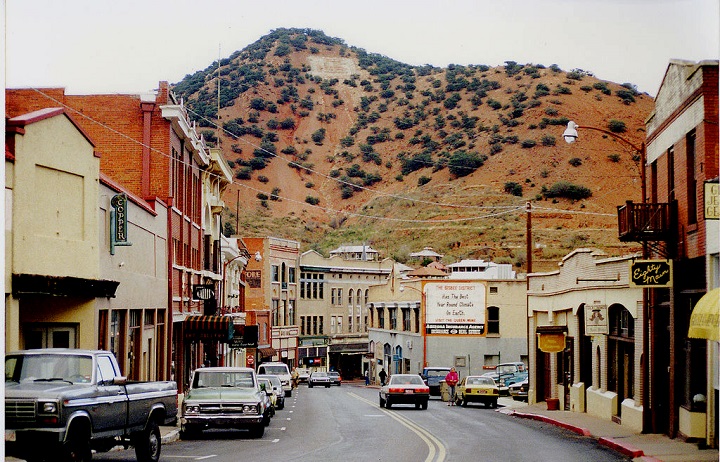 While the mining may have ended at the time, it was their hope that tourism would keep the area going, and these efforts were quite successful. Mining in Bisbee may have slowed, but it has become a very popular tourist area today mainly due to the Old West history of the town.

A mine tour and historic interpretation of the world-famous Copper Queen Mine is now open and operating seven days a week. It gives visitors a rare opportunity to step back in time and explore a mine that was one of the largest copper mines in the world!

Tours of the Copper Queen Mine are guided by retired employees of the mine, who give detailed first-hand accounts of mining technique, dangers, and personal stories for their time in the mine.

Early Days in Wickenburg and the Vulture Gold Mine