Rockhounds can find some spectacular Kentucky Minerals in this state

One of the most surprising things you’ll find if you take a close look at the different areas in the US to go rockhounding is just how overlooked some states are.

Kentucky finds itself in this position, because it is actually a hotbed of mineral formation that yields some true prizes if you choose to take a ground-level look.

The primary finds of interest in Kentucky are agates and fluorite, and the state produces some truly impressive examples of both. 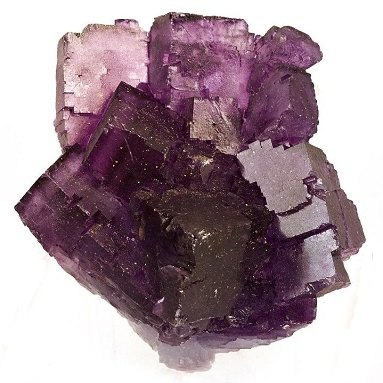 Kentucky holds some impressive examples of fluorite, and unlike a lot of places it’s not just in areas which are privately mined. Some of these places are open to the public, usually with a small fee attached, and you can dig the desired crystals yourself.

If you’re a fan of fluorite, then you might want to explore in Marion County, which is world famous for the deposits of the mineral which can be found alongside some other fairly rare and interesting types of this mineral.

Many people will start at the Ben E. Clement Mining Museum which is central to the area where the stones are found. The museum itself schedules some digs, allowing you to get out there, get your hands dirty, and find some minerals for your own uses.

The scheduled digs are quite popular. They only allow thirty people per dig so if you plan on going on one of their public ones you’ll have to pre-register at their website. They also allow some private digs if you belong to a club that might want to get out there and take a look around, it’s definitely worth a call.

One of the best features offered by the museum are night time digs. You’ll go out after dark and use a black light to find the minerals. Fluorite is reactive to UV light, causing to glow and making this specialized kind of dig possible. It’s a unique experience, and one well worth undertaking.

Even if you’re not in the mood to get your hands dirty, you might want to check out the museum if you’re in the area since it offers some of the best examples of minerals found in the area available.

Any Kentucky rockhound should make a visit there at some point.

Kentucky’s state rock is agate, and it’s no secret that the state is host to some varieties of the stones which are stunning and fairly unique.

The state is pretty much covered with the stuff, and while you might not always be able to find super high-quality agates, you’re unlikely to come home empty-handed. The main problem for amateurs is that the areas where the agates are found are also heavily filled with jasper, and telling them apart in the rough can be hard for those who lack the experience.

A lot of the best spots, as usual, are on private property and there aren’t really any public dig sites in the state that focus on the stones. Agate, by its nature, is usually spread much wider than crystals like fluorite and calcite.

There are a couple of ways you can get access to private land. The easiest way is to try hooking up with a rock club in an area which is known for agates. The majority of the famous Kentucky agate comes from Estill County and the surrounding area so you’ll want to focus your efforts there.

The five adjacent counties are Jackson County, Lee County, Rockcastle County, Madison County, and Powell County. You might want to see if there’s some public land there near streams as well, agate nodules can often be found in the gravel there if you have a sharp eye.

Your second option is to try contacting someone who owns some property which is in one of the areas where agates are known to be. This can be a longer task, but you will be rewarded with an area that hasn’t been hunted by others.

There is not an abundance of open land for the public to search for Kentucky minerals, but with a bit of effort you can probably find some areas to search. Getting in touch with local prospecting and rockhounding clubs is a great way to learn more about the possibilities and potentially get access to new areas.

Some of the fluorite specimens that come out of Kentucky are world-class, so you should make it a point to dig for these beautiful crystals if you get the chance. They are spectacular and make a wonderful centerpiece of any mineral collection.

Agates are widely distributed throughout Kentucky. Glacial movement scattered agates throughout much of the state. Finding a place to look for these beautiful Kentucky minerals is the main challenge you will have.

Take some time to knock on a few doors and ask landowners if they will allow you to hunt. You might be surprised how many will grant you access to their property.

Also Read: Alluvial Gold is Hard to Find in Kentucky