Where to Dig for a variety of Tennessee Minerals

Tennessee is home to a variety of fascinating minerals, all of which can make a worthy addition to a rockhounds collections. While the famous paint rock agate of the area is probably the primary draw, if you’re interested in collecting rocks in the state you’re bound to find a lot more than you originally bargained for since it produces some truly diverse minerals and crystals.

The paint rock agate which can be found in the state is something to behold, if you’re inclined to the lapidary arts you’ll find that it makes beautiful cabochons and carvings in addition to being fairly common.

There are a few other types of agates found in the state as well, including carnelian and iris agate and all of them make for some pretty collector’s items and fantastic accompanying stones to jewelry when they’ve been worked the correct way.

Unfortunately, nearly all the troves of agate in the state are on private property so you’ll have to seek out the owners in order to get permission to take a look around and get the rights to collect these Tennessee minerals.

If you can pull off a little bit of social engineering, however, you’re sure to be able to add a little bit of some of the gorgeous, red matrix stone to your collection. The joy of being able to dig it out of the ground yourself makes it all worth it.

There’s really only one area of great renown where Tennessee agates are concerned, however. 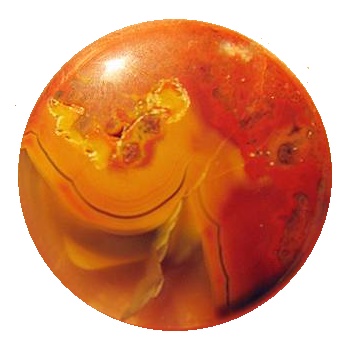 Greasy Cove is famous for the amount of high-quality, paint rock agate which can be found there. It’s also found alongside appealing iris agate and a few other varieties to keep things spicy as well. It was one of the first places where a significant quantity of the stone was found.

Unfortunately these days it’s said to be mostly mined out. If you’re just interested in a nice hike and a chance to get some of this amazing, unique agate in your collection you can still take the three mile hike out there and have a look around for yourself.

There’s always the chance you’ll be able to find something great that was missed even after all these years.

Calcite and Fluorite in Tennessee

There’s a history of being able to find enormous crystals of calcite and fluorite in certain locations in the state as well. They tend to come as large, well-formed crystals, which leave most prospective rockhounds drooling.

The fluorite in particular is extremely attractive, coming in a variety of purples ranging from pale lavender to a deep, royal purple that’s reminiscent of amethyst.

The formations are uniquely beautiful, with some variations being present that you simply won’t see anywhere else. Often the purple fluorite and orange calcite will occur together in ways that defy belief. Purple crystals hanging off of large chunks of white-orange calcite, hand sized crystals attached to their ore bedding, and complete cubes of fluorite spanning larger than a human fist.

Unfortunately for prospective collectors who like to dig in and get their hands dirty, the best specimens come only from Elmwood Mine, a currently active zinc mine which is closed to the public for obvious reasons. This is the most famous source of these amazing Tennessee minerals, but the public doesn’t have access to this mine.

The large crystals primarily grow on or near the economically important zinc ore sphalerite, but after miners were found spending more time grabbing crystals than mining the ore there has been some destruction of specimens occurring by blasting “pockets” where they occur.

This unfortunate turn of events has made it so that the only way to get your hands on some of these museum class specimens is to purchase those that have been sold, and they often fetch borderline ridiculous prices. There seems to be a high premium paid for these Tennessee minerals.

That said, they are some of the finest examples of the stones in the world, quite often entire crystals can be found in their entirety by mineral dealers and if you’re willing to pay the price then you’ll be able to add one or more of these impressive pieces to your shelf. I saw several of these fluorite specimens for sale at the Tucson Mineral Show last year, and the prices were extremely high.

The Elmwood mine is really the only place in the state that these impressive mineral formations are being found today. This is something of a loss to the rock collecting community due to the way the administration there goes about things, but some specimens do still make it to the marketplace.

If you’re planning a rockhounding trip to Tennessee, you’re probably better off focusing on trying to find some paint rock agate than looking for fluorite and calcite. The agates are beautiful and can be found in several locations across the state, while the mines for the more crystalline stones aren’t open to the public.

The important thing to note is that all of these stones are available, which is enough to make most collectors happy but a prospector intent on digging their own crystals may want to forgo the trip and seek elsewhere.