Without a doubt, Utah is one of the most picturesque of our United States. Within its beauty lie strange and haunted cities where mysterious secrets and haunted tales reside. Here represents but a few of these tantalizing ghost towns in Utah with their fascinating history. 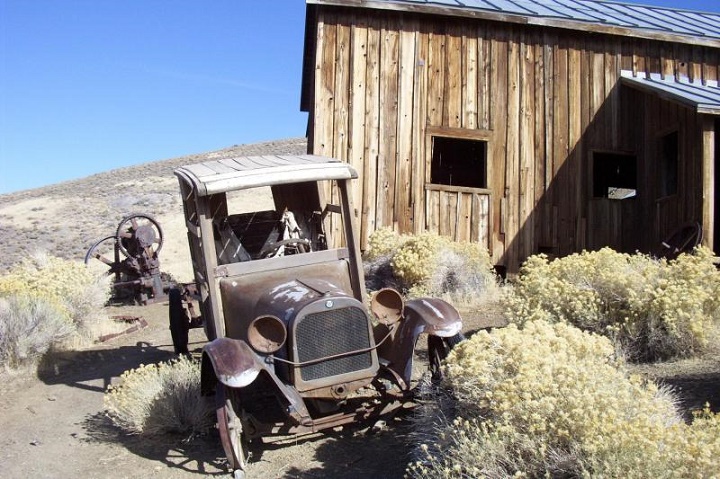 One of the spookiest places in Utah, Latuda was founded as a coal mining hub in 1918. By the time the mine was closed in 1954, it had produced 4 to 5 million tons of coal.

The story of the “White Lady”, a ghost that wanders the town, has survived to this day. The legend of this haunting is that the woman was killed by a rockslide that hit the town. Other versions say that she left her child home alone to go to the market when the avalanche hit, the child was killed, and she committed suicide.

Between the years 1879 and 1929, Frisco was a wild mining community producing millions in gold, silver, copper, and other minerals. It housed saloons, brothels, and gambling houses which drunks, partygoers, and gunmen frequented. Because there was no sheriff, the town went from a fun, free-for-all community to a town plagued by murder.

Eventually, a new sheriff found a devilishly violent way to keep the peace. He announced that criminals had to leave town or be shot. True to his word, he shot six men on the first night, which caused many others hastily flee town-or so goes the rumor.

In 1885, the mine collapsed and so did the town. Visitors today can see the remains of the kiln and the cemetery, making it one of the more popular ghost towns in Utah.

In the 1880’s Cisco cattle and sheep ranchers found riches in this now deserted town. In the 20th century, Cisco’s growth increased after natural gas and oil were found there. It is now a creepy shell of a town that houses the skeletal remains of the gas station made famous in Johnny Cash’s song, Cisco Clifton’s Filling Station.

A more ethereal attraction to Cisco’s notoriety is that it is the location where the characters of the movie Thelma and Louise appeared as they were about to crash to their fiery deaths in the end scene. Cisco’s deserted streets remain on the list of U.S. ghost towns which are visited and photographed each year.

Kimberley was the home of the Gold Mountain Mining District founded in 1889. The town found prosperity in the mining industry. It once boasted over 1,600 residents; many worked in one of the several gold mines in the area.

Kimberley was no different from other bustling mining towns in that area, with its fair share of wild and colorful citizens. A notable native with ties to ghoulish delight was Ivy Priest. Her daughter, Pat Priest, grew up to portray Marilyn Munster in the dark television comedy of the 1960’s, The Munsters.

All that’s left of this Utah ghost town are crumbling buildings and waste deposits. People still take the nice drive on graded roads to see the town.

Here, in Silver Leaf, lie the remains of a lively and flourishing silver mining town formed in 1866. The town has left a murderous history filled with gunfights, stabbings and hangings.

In fact, an attempted murder was committed by the townsfolk themselves. A mob of angry residents removed Thomas Forrest from his prison cell after Forrest stabbed a mine foreman to death. Their efforts to hang him from a telephone pole failed.

Today there are a few renovated office buildings and homes left. Visitors can buy maps of the ghost town which depict its former glory.

An 1860’s lead, silver, and copper mining town, Boston Terrace was discovered by Swedish miners. Unfortunately, they were robbed of every cent of their money one year later. They fled the state, broke and in fear of their lives.

The town was subsequently re-settled twice, both times as mining communities which thrived for some time. It came to its final rest in the 1950’s. Relics of the dead city include the mine and the stone cabin of the original settlers.

Shauntie, (also known as Shaunty and Shaunty Springs), was a mining town foot based at the foot of the Picachio Mountains. It became so flooded with prospectors laying claim that it was divided into two districts in 1870. The mines were grouped into areas where several mining camps were located.

The ghost town is now a burned shell of the booming silver mining locations, due to two large fires in the town after it was abandoned. Broken glass, debris, and foundations of the camp buildings live in a deserted grave with juniper and sagebrush. Not much more remains of this ghost town in Utah.

Utah is home of ghostly legends and haunted places, and wondrous landscapes. Within these, the curious flock to pay their respects to the past. And each year, visitors still tell stories of the spirits of Indians, dead pioneers and strange folklore that are within the state’s borders.

There are hundreds of ghost towns in Utah scattered across the state. Some were gone almost as quickly as they started. Others lasted for decades. Spectacular discoveries can still be made when you explore the remote corners of this beautiful state.