If you’re going through Pennsylvania on your next trip and you’re minerally inclined, there’s a few places you might want to stop. The state is primarily known for the massive amounts of quartz crystal which is dredged from the clay every year, but you can also find petrified wood and a variety of interesting marine fossils if you’re careful to pick the right locations.

Rockhounding in Pennsylvania is loads of fun! 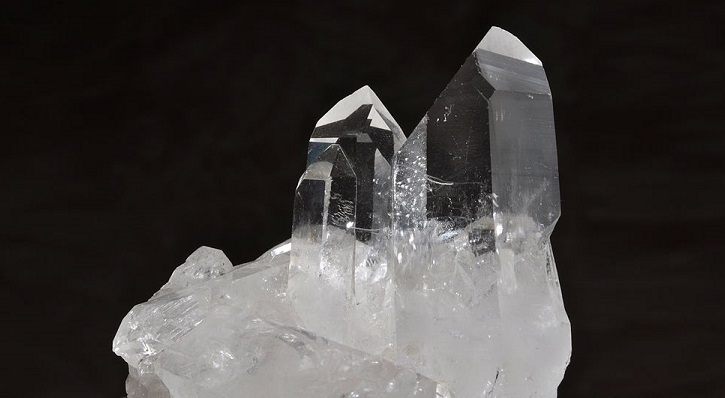 Quartz crystal of all types is commonly found in the state. The specimens range from a milky white to the more famous water clear crystals which most envision when they think of quartz. In some areas in the state, the stuff is all over the place for anyone with a sharp eye who knows what they’re doing.

Most of the stones in Pennsylvania which are available are in the tailings of old mines. The crafty crystal hunter should take a look at history in order to find the best spots.

McAdoo, Pennsylvania is widely reported as one of the best areas for an amateur to search. You’ll want to mind the hunting seasons, of course, as some of the best areas to hunt for minerals are also the stomping grounds of deer hunters.

If you’re just looking for somewhere to pay to dig, then you might want to take a look at Historic Crystal Cave in Kutztown. You’ll be able to buy buckets of gravel to sluice in this area and the findings include a variety of crystals.

For the most part, what you’ll want to do is go through the areas where the stone is known to be common and take a look around on public land. This should yield a few points if you know what you’re doing. Just make sure that you know whether or not you’re on public or private land.

Pennsylvania has numerous fossils, but some of the most common are petrified wood casts from the Triassic era. There is a catch though; most of the instances of petrified wood found in the state are sandstone casts rather than the spectacular multicolored silicified wood that can be found in places like Arizona.

Most of the best places to find the stuff are in the Southeastern portion of the state and quite a bit of it is on private land. If you’re looking to see if you can pick some up, you’ve got a hunt on your hands.

Your best bet for public lands is to find stream beds and go digging in the gravel. It turns up quite often, and if you’re lucky you’ll even be able to find some jasper or agate based wood which can make beautiful cabochons and carvings once you’ve sliced it up.

Collectors will likely find casts of any type to be quite attractive however, and even the sandstone certainly look impressive if you find a good sample.

Take a look around rockhounding forums and see if you can find someone to guide you, and you stand a chance of scoring a real piece of work straight from a bygone era.

Trilobites are the state fossil of Pennsylvania and you’re like to be able to find them with quite a bit of ease. One of the hotspots to find the castings of these interesting creatures is the Mahantango Formation. This isn’t actually just one location, but instead a hotbed of fossils that is exposed at different points in Pennsylvania and West Virginia.

In most of the places where the formation is peaking through the soil, you’ll be able to find sandstone which separates into layers. By carefully cracking the layers you can look for the fossils and quite often Devonian marine fossils are found including Trilobites.

In fact, the Mahantango formation seems to contain a relatively intact, ancient reef system from ancient times and there are a lot of different things which can be found if you’re careful while searching.

Pennsylvania offers quite a bit for the collector, especially those who are primarily interested in fossils. While you might be out of luck with the gorgeous stones which are many a rockhounds fancy, there’s a ton to be said for possessing some remnants of the ancient, shallow seas which once made up this part of the world.

Even if you’re just passing through, it’s definitely worth taking a look around and you might come away with both some great tales and great specimens for your favorite shelf.

Next: Prospecting for Gold in Pennsylvania