To this day, the Mississippi River remains the only living witness of the existence of many villages that once stood along its banks. If the river could talk, it would tell stories of how popular towns and businesses became ghosts of the towns they once were. 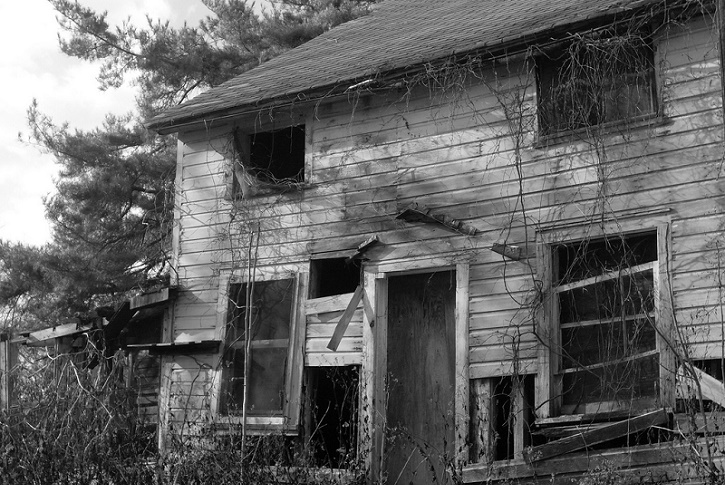 Rodney was a very promising town when it was founded in 1828 – so promising that it missed being the capital city by only three votes. Sadly, this former bustling port on the Mississippi River is a mere shell of its glorious past.

Several of Rodney’s historical buildings stand today. The National Register of Historic Places has The Rodney Center Historic District in its listing. A devastating epidemic of yellow fever killed a large number of residents in 1843.

Tragedy struck again when yellow fever and death visited the town in 1847.

Brewton, formerly Brewer’s Bluff and Rice Bluff (the town had several owners), was the county seat in 1816. But that honor was short lived because of its high and remote location. Still, Brewton remained a busy sawmill town. Over the decades, the location again changed names and owners several times.

Misfortune by fires hit the sawmill two times, and with the lack of virgin timber, the economy tanked and its citizens deserted the town. Adding to the problems which plagued the city were its fair share of Indian attacks. Brewton’s demise led to its being listed among Mississippi’s historic ghost towns.

At one point in the Civil War, Bankston was brimming with factories that manufactured supplies needed by the Confederate Army. In 1848 it boasted the first working mechanical power textile mill in the state.

The town’s affiliation with the Confederate Army came to the attention of the Union Army. Believing Bankston to be a threat, the Union created a plan to bring it to its knees. On December 30, 1864, every factory in Bankston was burned down. Today, all that’s basically left is the old Bankston Cemetery, where its former residents rest in peace.

Holcut is reported to have been a railway pass-through at one time. However, not much of Holcut’s history can be found, except the cause of its complete destruction. The Federal government bought the town in 1976. The same year, the Corps of Engineers demolished it to make way for the Tennessee-Tombigbee Waterway. The Corps of Engineers established a memorial to honor the community which still stands.

From 1840 to 1841, Victoria, a stop on the route along the Mississippi River, was populous enough to have mail delivery, a tavern, and other businesses. Today, nothing at all is left of this settlement, (called Victoria Bend because of the town’s location in the river’s curve) although the location still bears that name.

The meaning behind the town’s name was actually the very cause of its extinction. Victoria Bend met its doom because of changes in the course of the river. An inhabited Victoria (Bend) is only a memory.

Peyton, Mississippi is designated as historical by the Geographic Names Information System (GNIS). Most likely, this is due to the fact that it was one of the most thriving ports along the Mississippi River at one time. It was so prevalent that the nearby town of Commerce temporarily moved the county seat to Peyton in 1843. All that is left of this ghost town is a part of the Mississippi Levee, forest, and farmland.

Logtown’s primary economy came from logging and shipping lumber. The first sawmill built in Logtown was in 1845. In later years, the town became the location of the largest American logging company at that time, the H. Weston Lumber Company. At its peak, Logtown was home to over 3,000 people.

By 1930, all lumber of value was expended, and the H. Weston Lumber Company closed. By 1961, the number of residents dwindled to a mere two hundred fifty. As of today, nothing is there except the foundations of old buildings and the Logtown Cemetery. But its location along the Pearl River is still a draw because of the natural beauty in the area.

Still located on Selsertown are several Plaquemine culture archaeological mounds. The largest, Emerald Mound, is a humongous 35 feet in height and covers six acres. Two mounds on each side stand even taller. In 1848, this mound was featured in the book, Ancient Monuments of the Mississippi Valley.

The Emerald Mound was left abandoned around the French colonial years. By the beginning of the nineteenth century, the mounds in the area attracted scientists and writers. The ghost town of today is the final resting place of the burned out remains of china trees that sit in front of the former home of rich innkeeper George Selser.

Ghost town hunters can find a wealth of places to visit in the state of Mississippi. Although they are no longer inhabited, most of these deserted villages still leave visitors thrilled with their remaining artifacts, natural beauty, and historic tales.

Have fun exploring but leave the relics as you find them so others can enjoy the wonderful history of these Mississippi ghost towns.

Next: Gold Panning and Prospecting in Mississippi