In the southern state of Alabama lies many communities that were once overflowing with vigor, but now show no signs of mortal life. Some were originally founded because marble, gold, other minerals were discovered and mined in these areas. Others were small cities with happy and thriving residents. Today, they are the ghost towns in the annals of Alabama history. 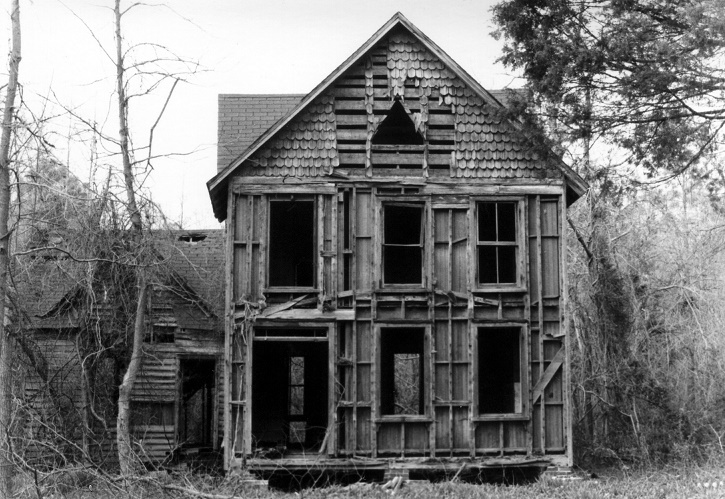 In the late 19th century, a group of miners from the northern state of Ohio discovered limestone, ore, and coal on what was later named Battelle. The Lookout Mountain Iron Company was a boon to the town’s economy for years. By 1905, pig iron ingredients of higher quality were found in Birmingham, Alabama.

The stiff competition forced the Lookout pig iron furnace operations to be put on hold. Later, the federal government purchased the company and it was moved from the area. Not surprisingly, this led to the eventual death of the town as residents departed until no one was left. No buildings remain in Battelle and it remains an Alabama ghost town.

Beaver Mills is also known as Beaver Meadow. It was the location of a large paper mill. During the Civil War, the mill was used as a clothing depot. When the war ended, the clothing was used to make bonded paper.

What’s left of Beaver Mills is the skeleton of the paper mill deep within the woods which have claimed the town. The property is privately owned; the mill cannot be viewed up close without owner permission.

This ghost town was incorporated in 1910 after the discovery of white marble by Dr. Edward Gantt in 1830. One block of this marble is part of the construction of the Washington Monument. The passing of Gantts Quarry was caused by a steady decline in population as the demand for marble in building construction declined in the 1930’s post Great Depression era.

At that time Gantts County had 542 residents. Over time, all citizens relocated to other towns. The 2000 Census recorded Gantts Quarry as having zero population.

Bellefonte was the county seat in the years 1821-1859. However, the Civil War left it damaged to the extent that it was never able to recover. By the 1920’s Bellefonte was totally abandoned. Today, the only testaments to the town are the cemetery and the tall creepy chimney of the inn, which is mostly overgrown with vines.

Cahaba was the first capitol in the state of Alabama, so you would hardly expect it to be a ghost town now.

The town was laid out in 1819 and a busily functioning capitol city by 1820. Within five years, it became obvious that Cahaba was not the ideal location for the state capitol. The low-lying city sat near two rivers that flooded quite often. The first flood in 1825 was so major that it caused part of the statehouse to collapse.

There are several buildings within Cahaba’s city limits that are still intact today, including its Civil War federal prison and a farmhouse built in 1841, although it is long uninhabited.

Arbacoochee was the site where gold mines were found in the 1830’s. Less than 15 years later, it was bursting at the seams with 5,000 residents. Reportedly, the Arbacoochee business district included 20 general stores, hotels, saloons, and of course, stores where miners could purchase equipment.

The town fell when gold was found in California and created the famous mass exodus toward the West. Although there was still mining in Arbacoochee until the 1930’s, there was no resurrection, and it was empty by 1990. A once bustling mining camp, it is now another Alabama ghost town with little to show for the rich gold that was once so abundant there.

Louina rounds out this list of Alabama ghost towns with its ghoulish lore. The story that has been passed through generations goes that the town was originally settled by Creek Indians and defeated in the Battle of Horse Shoe Bend by Andrew Jackson. It is named for an Indian woman who ran a trading post some years after it was taken over.

During the Indian Relocation Act, it is said, Louina was among the Native Americans forced to leave. The tale goes on to say that she buried silver and gold in Louina before she left, but not before putting a curse on the town, swearing that it would cease to exist. Over time, the very prosperous town began a downward spiral until it vanished along with most of its history.

Louina is a popular spot for archaeology students to look for the remains of the city (and maybe the purported treasure). The descendants of the foundling settlers of the city are currently working to preserve the site.

Ghost towns are the subject of folklore, history, and morbid curiosity. They serve as reminders that, given the right set of circumstances, entire inhabited communities can vanish as though they never existed. This thought is enough to keep residents of any city up at night.

Next: The Rich Gold Deposits of Alabama