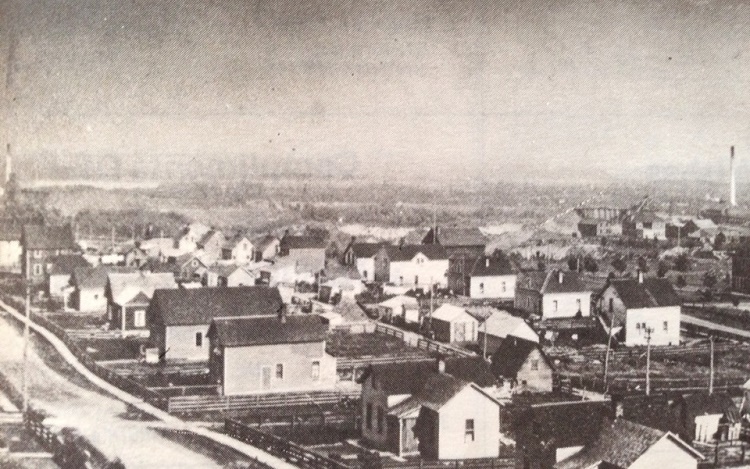 Minnesota has a great history of mining and logging which is a perfect mix for the existence of fascinating and historical ghost towns. With several hundred small towns, it is not uncommon to come across a ghost town when driving across the state.

Most of the early bustling towns that solely depended on mining or milling have dwindled away leaving behind runs and eerie looking ghost towns. These towns provide a great opportunity for you to explore that states past. Here are some of the best ghost towns you should visit.

The ghost town of Elcor is located near Gilbert at the southern end of Mesabi Iron Range in Saint Louis County. The town was established in 1897 when the Elba Mine was opened.

The town was initially known as Elba after the first iron mine opened in the area by the Minnesota Iron Company before the name was later changed to Elcor. Several other mines were later developed around the town bring in more and more miners.

At its peak, the town had over 1,000 inhabitants, well laid out streets, a railroad, a post office, a train station, general stores, a hotel and several other businesses.

The town began to decline in 1927 when the Elba Mine close but continued to survive until 1954 when the Corsica Mine which was the last iron mine around the town closed down.

When all the residents had left the town all the company owned houses were torn down and today only foundations of a few of those houses can be seen. A new Minorca Mine has been set up at the site of the town but not much activity has been recorded in the area.

Manganese is located off County Road 30 at about two miles north of the Trommald in Wolford Township within the Crow Wing County. The town was set up in around 1910 following the establishment of a manganese mine nearby. It had a post office that operated between 1912 and 1924 and other business such as general stores, saloons, churches, a school and a hotel among others that supported the miners.

In the 1960s when all the ore had been exhausted, the town was abandoned. Today the only remnants of the town are the concrete sidewalks and rubbles from the falling structures. This Minnesota ghost town has now been overgrown with trees and grass and most of the structures destroyed by the elements.

Masaba was a prosperous mining town established in the early 1900s. The town was supported by three important iron mines: Spring Lake Mine, Vivian Mine, and Graham Mine. The town was home to over a thousand residents and had a post office, a school, churches, saloons, general stores, a social hall, a gambling house and several other businesses.

It began to decline during the First World War when the mining stopped and most of the miners moved away. There were efforts in the 1920s to revive the mining but it was not very successful. The town was eventually dissolved in 1947.

Today not much of the town remains other than a few stumps and foundation for the mines and a few other structures. Now all that is left is yet another Minnesota ghost town.

Mitchell was an important railroad town that supported mining activities in this Minnesota region. The town was established by the Duluth, Missabe &Northern Railroad to serve as the main stage between Duluth ore docks and Hibbing.

With steam engine locomotive for transporting iron ore, the railroad needed workers to do the job. This lead the growth of the town of Mitchell which had a post office, a boarding house, general stores, a hotel, a school, churches and other businesses that served both the resident railroad workers and travelers.

Mitchel began to decline in 1950 when the Duluth, Missabe, and Iron Range Railroad begun to convert its locomotives to diesel. This reduced considerably the number of employees the company needed and the decision not to upgrade its Mitchell service shop to a diesel service shop meant that the town was doomed to fail.

Most of the inhabitants of this town moved away and today only the railroad tracks and the 12 stall repair shop remains. Most of the other structures have been turned into rubbles.

The Old Crow Wing ghost town is located at the confluence of the Crow Wing and the Mississippi rivers in the Fort Replay Township in Crow Wing County. The town was an early settlement by the French traders and became the county seat for the Crow Wing County in the 1850s through 1860s. At its peak, the town had close to 1,000 residents most of who were the local Ojibwe tribe.

When the county seat was moved the town begun to decline and was eventually abandoned. Today the town is being restored by the Crow Wing State Park and already one original house has already been restored.

Forestville is an important ghost town that you should visit in Minnesota. The town is located in section 13 of the Forestville Township within Fillmore County. Forestville was established in 1852 and had several hundreds of residents by 1855 attracting a post office that operated in the area until 1902 when it was shut down. At its peak, the town had a sawmill, hotels, general stores, a blacksmith shop and a cabinet shop among other business.

When the railroad construction bypassed the town, many of its early inhabitants began to move away. Eventually, the town was abandoned in 1910.

Today the remaining structures of the town are managed by the Minnesota Historical Society which begun the work of restoring and preserving the town in 1949.

Placer gold was discovered in a creek near the Zumbro River in 1857. This led to a local gold rush that created the Sacramento mining camp. The town thrived for a number of years and had a post office, saloons, gambling houses, a hotel and a host of other businesses.

Once the gold had been exhausted the hundreds of miners that lived in the town left in search of their fortune elsewhere. Today little remains of this once promising town.