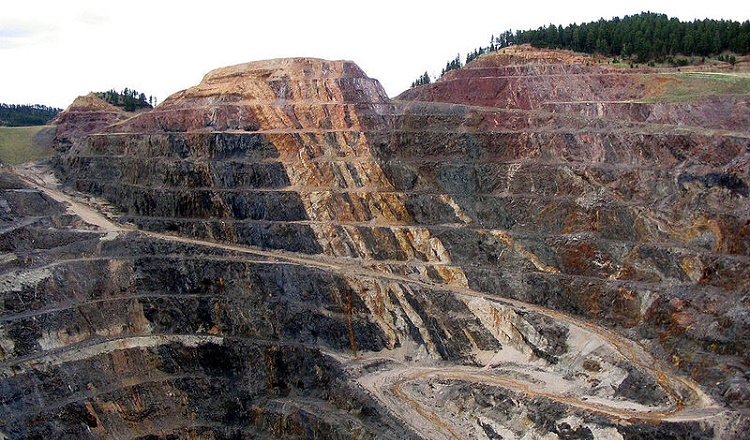 The Homestake Mine was an huge underground mine located in the Lead County, South Dakota. This mine was by far the deepest gold mine in America during the peak of operation.

It is estimated the Homestake gold mine produced about 40 million troy ounces of gold over its lifetime.

Following the Black Hills Gold Rush of the 1870s a group of prospectors that included Hank Harney, Moses Manuel, Fred and Alex Engh discovered the gold at the current site of the mine and staked a claim. A year later they sold the claim to a partnership of three mining entrepreneurs (James Haggin, Lloyd Tevis, and George Hearst) who established a commercial mine in 1877. The partners formed the Homestake Mining Company and listed it in 1879 on the New York Stock Exchange.

Rich Ore Struck at the Homestake Mine

The Homestake Mining company struck a rich ore and begun an expansion plan buying all the adjacent mines such as the Golden Star, the Crown Point, the General Ellison, the Gold Terra, the May Booth, the Old Abe, and the Giant mines. By 1900 the Homestake mining company owned over 300 claims, on a property estimated to be slightly over 2,000 acres and had over 2000 employees working in its mills.

To increase productivity in the Homestake mines the company begun using Compressed air locomotives instead of horses in 1901. By 1920s the company was using Cyanide Charlie in the mining process so as to increase its gold recovery. Cyanidization was more effective than all the other early methods achieving a 94% recovery rate.

All the gold recovered from these mines was taken to the Denver Mint for processing. 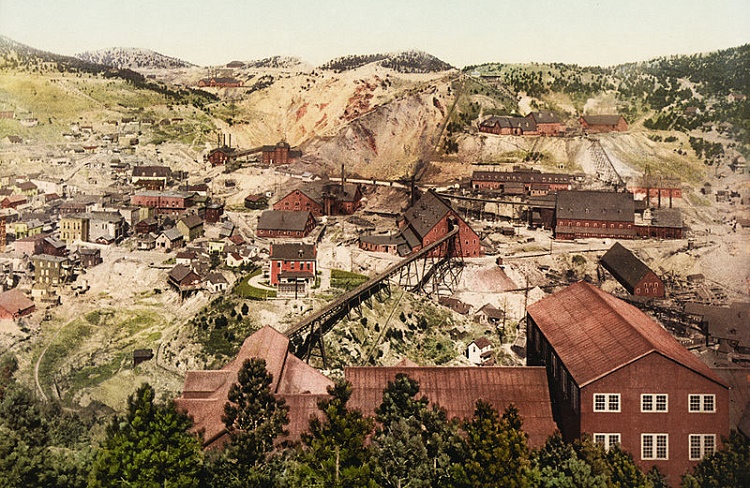 With the depletion of the surface gold, the company began to dig shafts to reach the rich gold ore deep in the earth’s crust. By 1906 its deepest shaft was Ellison shaft at 1,550 feet. The other deep shafts at the same time were the Golden Prospect shaft at 900 feet, the Golden star shaft at 1,100 feet and the B&M shaft at 1,250 feet. By this time the mine was producing about 1,500,000 tons of gold-rich ore.

More about Gold Mining in the Black Hills

Following the start of the Second World War, mining of gold at the mine was suspended from 1943 to 1945 by a limitation order from the War production Board. Mining resumed soon after the war and more and more winze shaft were developed. By 1975 two winze two shafts had reached the 8,000-foot level making the mine the deepest gold mine in the United States.

Low Grade Ores Means and End to the Mining

The Homestake mine faced problems of low-grade ore in the 1990s following the exhaustion of the high-grade ores but continued productions for the next decade. It eventually closed down in 2002 due to the high cost of gold production from the poor quality ores and low gold prices.

The mine remained closed for several years before it was reopened in 2009 for scientific study on Neutrinos. Currently, the mine serves as an underground Xenon experiment, unrelated to gold mining.

Next: 6 South Dakota Ghost Towns Abandoned by the Gold Miners