Virginia is a state ripe for treasure hunters to explore historical settlements, buildings, and entire ghost towns. Silent and empty, only the scraps of communities the witnesses to where life once lived. Abandoned but not forgotten, whatever remains of these Virginia ghost towns serves as a fascinating journey through history. 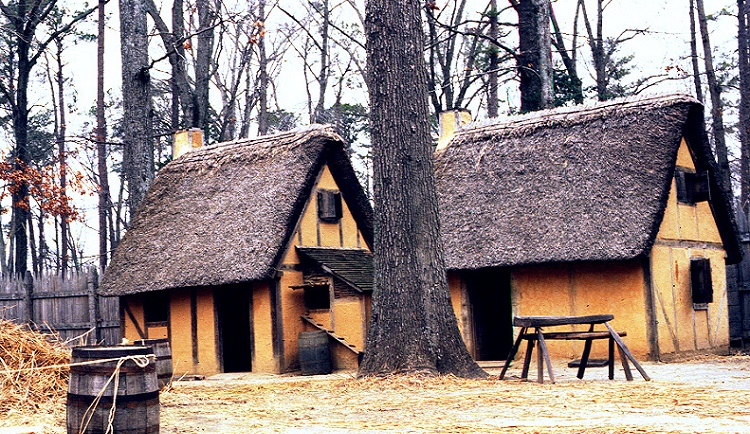 This was once a lignite coal mining community, with all that a 19th century town had to offer. Lignite was home to, schools, churches, and stores-in addition to the mine. Economic downturn was the cause of death for this Virginia ghost town.

In 1890, demand for ore dropped drastically. The residents of Lignite fled, leaving the town abandoned. Few remains are at the site currently, including some ruins of chimneys and the remnants of a truss bridge, which are now part of the Jefferson Natural Forest.

Hickory Ridge was established around 1889. It was home to the Cabin Branch Pyrite Mine, where many of its 300 employees worked. It said to be a self-sufficient mining town where its residents fished in the Potomac River and sold extra produce from the farmland in area marketplaces. The mine in Hickory Ridge functioned from 1889 to 1920.

Between the years 1933 and 1937, a resettlement program was implemented by the Federal government with the intent to relocate farmers to more fertile areas. Property in Hickory Ridge was either bought or condemned, even as residents resisted relocation efforts. People who hid were evicted, often being carried away screaming.

The land was never restored to its original owners. The National Park Service took over and the area was renamed Prince William Service Park. The remains of the mine were sealed resulting in another Virginia ghost town.

Kopp was founded in 1885 and was home to about 100 farming families. Its concrete sidewalk, constructed in 1912, was the town’s source of pride. It became a ghost town in 1942, when the Federal government expanded its Marine Corps base.

The land purchase was called “the taking” by local residents.

All that is left of the town are parts of the chimney from the school and the sidewalk that was laid in 1912.

Jamestown is reportedly the first English colony that was successfully established in the New World. The town was settled on May 13, 1607, and by the middle 1700’s it was a farmland area that was almost forgotten. It lays claim to being the oldest ghost town in America.

In 1893 the ruins of Jamestown’s church were given to the Association for the Preservation of Virginia Antiquities. In 1934, the property was acquired by the U.S. National Park Service and became part of the Colonial National Park.

Today, most all structures have been excavated, although a private tourist attraction featuring a replica of the original settlement was mildly successful-that is until 2011, when a 5.8 earthquake struck the state of Virginia.

This ghost town was once a bustling complex that held businesses which included a blacksmith shop, general store, tailor, and of course, a tavern. It was converted to an expansive field hospital for Confederate soldiers in 1863.

Over 3,000 men were treated on the site. One of the most famous patients was Stonewall Jackson. Wilderness Tavern was the place where his left arm was amputated a week before he died. Eventually, war destroyed all but one of the buildings in Jamestown. In 1978, even those skeletal remains burned to the ground, leaving the remains of the wall and chimney.

Legend has it that the seaside fishing town of Wash Woods was developed by shipwreck survivors. At the turn of the 20th century, it was still an inhabited community with a store, churches and a school. Three hundred people inhabited Wash Woods at its peak.

Wash Woods was located along an area of the ocean called the Graveyard of the Atlantic. As it turned out, the severe weather conditions did contribute to the location being the final resting place of Wash Woods. By the 1920’s the area was flooded so frequently that the townspeople left. On Ash Wednesday of 1962, a severe storm cleared what was left of the residents of Wash Woods.

Wash Woods is now a place inhabited by overgrown cemeteries and a few ruins, including the church and steeple. The area is available for tours through False Cape State Park.

Carvins Cove was established in the early 19th century. It is named for William Carvin, who built a grist mill along the creek in the area. In the 1920’s, the Virginia Water Company made the announcement that a dam would be constructed to impound water at the Carvins Creek Falls. This proved to be the beginning of the end of the town of Carvins Cove.

The reservoir was not completed until the 1940’s when the City of Roanoke purchased the land in Carvins Cove. Although the reservoir serves 130,000 people today, the land purchase ended the life of Carvins Cove in 1944. Remnants of the ghost town’s stone foundation can be seen through the reserve and are visible when the shoreline recedes.

These are but a few examples of the Virginia ghost towns that draw countless people to visit Virginia to see areas that were settled hundreds of years ago and are now lost. These stone-cold dead ghostly vestiges are a spine-chilling reminder that nothing lasts forever.