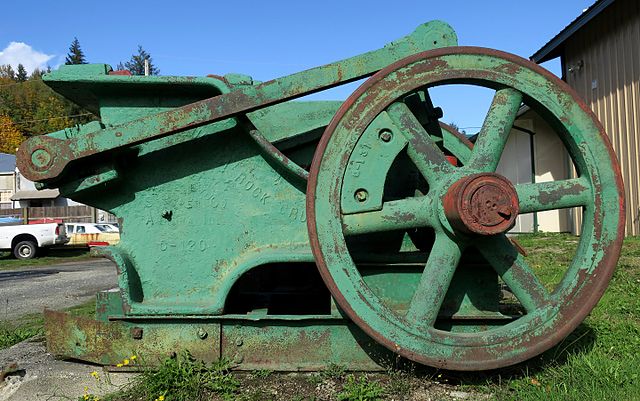 Rock crushers are machine build to break large rocks into much smaller rocks, gravel, or sometimes rock dust. They are an important tool for most commercial mining operations.

Rock crushers usually hold the rocks to be crushed in between two solid surfaces and apply a force that forces the molecule of the materials to separate or change alignment. Rock crushers are extensively applied in the mining sector where rocks containing the ore are crushed before the mineral is extracted.

In most cases, mining operations may have more than one crusher depending on the desired outcome of the crushing process. The primary crusher handles course rocks while the secondary, tertiary and sometimes the quaternary works on finer gradations that can allow for effective extraction of minerals.

Use of Rock Crushers in Gold Mining

Unlike the alluvial gold found in river beds, most of the gold mined underground is found in hard rocks that contain a lot of other materials. To get pure gold from these gold-bearing rocks has to be processed. The first stage is to crush the rocks to smaller fine gravels that will allow for gold molecules to be extracted.

The crushing of gold-bearing rocks is not as easy as it may seem. This is because the rocks have to be crushed to very fine gravels that can allow for gold molecules to be dissolved in mercury or any other chemical used to extract gold from the ore. What this means is that in large scale mining the mines may have more than one crusher (primary, secondary and tertiary crushers) in order to achieve the desired crushing levels.

There are quite a number of rock crushers in the market that you can use depending on your specific needs. The major types of crushers available for mining operations include:

This type of rock crusher employs the compressive force to break up larger rocks into smaller pieces. The crusher has two vertical jaws; a fixed jaw and a swing jaw. The rocks to be crushed are filled into the crushing chamber (the gap between the two jaws) and then a weighted flywheel is used to create an eccentric motion in the swing jaw to provide the required inertia to crush the rocks.

Jew crushers are designed to be heavy duty machines used as the primary crushers in many mining operations. Because of this, the crushers are robustly constructed. The outer shell of the crusher is made from strong steel or cast iron while the jaws are fashioned from hardened cast iron with a Ni-hard or manganese steel removable lining.

There are three main types of jaw crushers in the market:

This jaw crusher is designed with the swing jaw fixed on the upper end and thus creating a fixed feed area but a variable discharge space in the crushing chamber.

Dodge crushers are designed with the swing jaw fixed at the lower end enabling material to be crushed progressively as they move down the crushing chamber. Dodge crusher as more effective in crushing tough and abrasive rocks.

A universal crusher is a hybrid of the two jaw crushers above. The swing jaw is fixed at the middle.

The gyratory crusher works on the same principle as the jaw crusher but has a conical head and a concave surface. The crushing chamber is lined with a hardened manganese steel material. The rock crushing is caused by a circular movement in the crushing surface and the materials are progressively crushed until they are of a smaller size that can fall off the narrow end of the chamber. The gyratory crusher is often used as either primary or secondary crusher in many mining operations as it delivers sufficient force to crush large ore bearing rocks.

The cone crusher is the most widely used crusher in mining operation across the world. The crusher is designed in a similar fashion as the gyratory crusher but the crushing chamber is less steep with the sides near parallel.

Crushing is done by a gyrating spindle as the rocks move from the wider upper section until they are small enough to fall off the lower narrow opening. Cone crushers are perfect for hard to mid hard ore bearing rocks and are highly productive making it perfect for use in crushing intensive mines.

This crusher is designed for crushing rocks of medium hardness and above. It is widely used in road and bridge construction, mining and in chemical industries.

The Symons cone crusher is widely used to crush medium harness to very hard rocks. Its size allows it to be used as a secondary or tertiary crusher in mining operations and as a mobile crusher in building and construction and chemical industries.

As the name suggests a single cylinder hydraulic cone is made up of a single crushing cone, a hydraulic control system, an eccentric shaft, bowl liner, adjusting sleeve and a hydraulic safety system. It is perfect as a secondary or a tertiary crusher in mining.

This system uses a hydraulic control system to crash rocks in the crushing chamber. It is quite safe and can crush more materials in a short time that a single cylinder hydraulic crusher.

Impact crushers do not use pressure to crush rocks but rather employ impact. The material is placed in a cage where an impact is used to crush them. The cage has narrow openings to allow crushed rocks of the right size to escape. There are two major types of impact crushers:

The HSI crushers or simply known as hammer mills break rocks by the impact of hammers fixed on a spinning rotor.

The VSI crushers use a high-speed rotor that throws the materials to be crushed against the walls of the crushing chamber.

And: How Cyanide Leaching is Used in Gold Mining