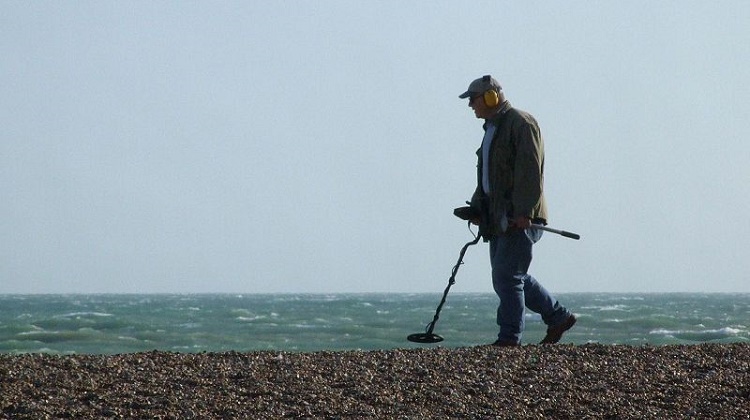 Metal detectorists in Washington should have no difficulty finding interesting places where they can explore and find a real treasure. The opportunities for metal detectors range from state parks, old mining towns, beaches and old railroads among other areas.

Places like former mining towns, abandoned railroad stations, and even the beaches are likely to have lots of lost old coins and relics waiting to be discovered.

Some interesting places to go metal detecting in Washington include:

Washington has one of the largest numbers of state parks that permit metal detecting in the United States. You can seek out treasure in more than 30 state parks across the state.

You are most likely to find more modern coins while hunting in Washington State Parks, although quite a number of them are historic places (some having been former towns or early settlements) and present a great opportunity for metal detectors to discover coins, relics and hidden treasure of great value.

To use metal detectors you should first register with the Washington State Parks. In addition, you will have to comply with the rules, regulations, and laws that govern such activities in the parks. Note that some parks have specific areas dedicated to metal detecting while others allow detecting across the park area.

The state of Washington has many stories of hidden treasure dating back to the earliest days of settlement in Washington. All across the state, there are places where it has been said that treasure is hidden but has not yet been discovered. Some of the places to look for hidden treasure include the Vashon Island in Bloom County where it is said that Lars Hanson, a successful lumberman hid gold coins worth more than $200,000.

Other places include the Sentinel Mountain where outlaws are said to have hidden treasure in a cave, Fort Columbia where it is believed Captain James Scarborough hid treasure under a cabin and Colville where the Highgrader’s Poor Farm treasure is believed to be buried near an old brickyard.

There are a lot of other places where it is said that treasure was hidden. Visit local libraries and read about local history and you will learn of new exciting places where you can actually discover hidden treasure.

Washington has a number of great beaches where you can find great treasures from the early days of white settlement in the area.

For metal detecting and treasure hunting along the beaches here check out old buildings and other structures near the shoreline area beaches. There have been old towns along the Washington Coast just about as early as the first Europeans arrived in the area, so the odds of finding older coins and relics is good.

Washington beaches are also great places to find more modern treasure like coins and jewelry. With millions of visitors to the beach every years to play in the sand, there is a lot of potential for the metal detector to find stuff that people lost. Cold water makes rings slip off fingers, and the sand can easily hide things.

Anywhere that people congregate are worth searching with your metal detector.

Mining boom towns are also a great place to try and find treasure. Washington has numerous towns that began as boom towns with some now ghost towns where you can still go metal detecting.

For a starter you might want to explore some of the boom towns in the Northeastern Washington as this region was the heart of mining activities in the state. Study the history of the region and find out mining ghost towns and smaller towns that were once boom towns. These will give the best opportunity to discover something meaningful.

Find out about ghost towns and other dwindling towns that were once thriving mining towns and consider them for your metal detecting. These places often had thousands of people at one time, yet they are completely abandoned today.

There are also a few old mining towns in Washington that you can find gold nuggets with a metal detector, so do your research and you may be well rewarded.

Some of these places may now be private properties and it is always important that you seek permission from the owners before exploring them. You might also encounter mining claims while you are exploring these old mining areas. 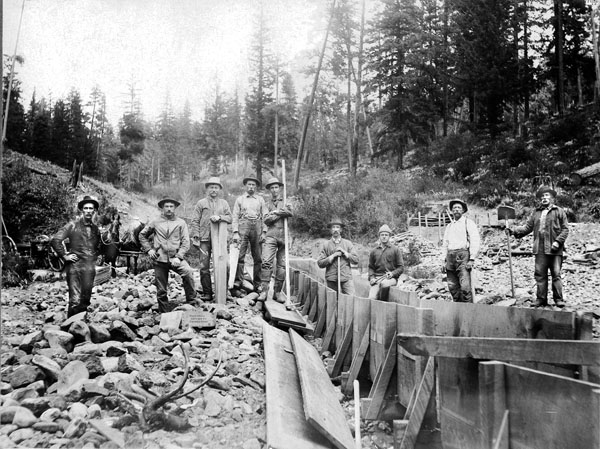 Prospectors dig for gold nuggets in Liberty, Washington. Old mining towns like this can be great places to find old coins and relics that were lost.

Washington State also has amazing stories of lost mines that still contain lots of minerals. For instance in Asotin County, it is believed that the lost Trio and Shovel Creek Mines are located along the Snake River near Rogersburg.

There are a lot of other lost mines in the state that you will find interesting to explore. Read a lot about the history of the state and researching areas in Washington that are rich in gold and silver might just lead you to something big!

And: Rockhounding in Washington State – Jade, Agates, Quartz and More!

And: Metal Detecting for Relics in Old Mining Camps

As with all states, the laws relating to metal detecting will vary considerably depending on where you are. For example, on the laws about where you can dig on Federal Lands can be different than for State managed lands.

I have found some great discoveries on private lands by knocking on doors and asking for permission to hunt. Be sure to use a quality digging tool like the Lesche Digging Tool

and dig a quality plug so that you won’t leave any holes or cause damage.

Regardless of where you live in Washington there are plenty of different areas that you will be able to go metal detecting. If you are content with finding modern coins and jewelry then simply locate areas that large groups of people congregate. If you are interested in finding historic relics and old coins then do some research and locate old towns, homesteads, etc.