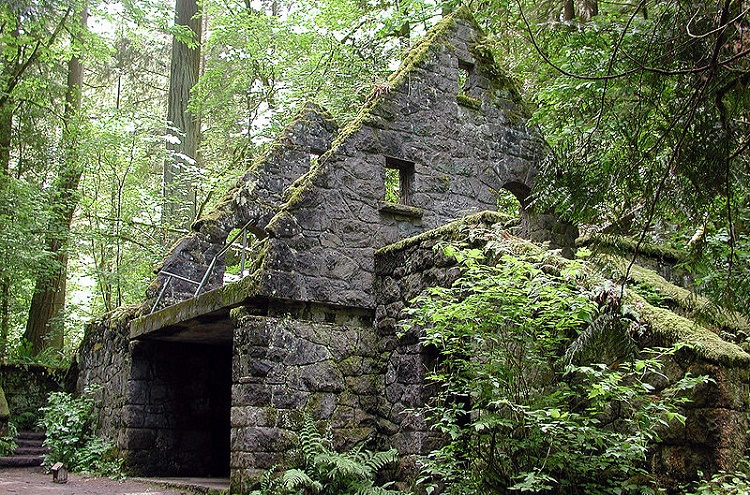 Although New Hampshire is one of the smallest states in the U.S. it is known for its rich heritage that dates back the early days of European colonization. Because of the rich heritage the state is filled with many historical ghost towns and “semi-ghost towns” that can trace their origin to the early days of European settlement in the United States.

Most of the ghost towns in this state were mill towns that offered employment to people who worked in the logging industry and agricultural sector.

Here are a few of them:

This is a ghost town located in the Grafton County at about 1.5 miles off the US Route 302 along the Sawyer River Road. The town was established in 1876 as a logging town by Charles Saunders and Daniel Saunders Jr. who set up logging operations in the area. The town was named in honor of Samuel Livermore who was a former senator and the grandfather to the wife of Daniel Saunders.

Near the town, Diatomaceous Earth was mined for some time in the 1900s and the material was processed in a small mill in the Little East Pond. The town grew rapidly to reach over 500 people in the 1890s. However in the 1990s with the decline in lumber in the area the mill closed and the town began its decline. In the census of 1940 the town had just four residents and by 2010 the population was zero.

Not much of the town still remains. Today visitors to the site can still see the Little East Pont mill and the railroad tracks that served it. There are also a number of foundations and the graveyard that marks the site of the town.

Zealand was an important lumber town near the township of Carroll. The town was established by J.E. Henry in 1880 who owned thousands of acres of timber land in the Zealand valley. He built a 200 horsepower mill at the site and employed hundreds of people to work for him.

The town then sprang up around the mill with hundreds of residents and several businesses. At its peak, the town of Zealand had a large mill, five charcoal kilns, two railroad stations, a post office, homes, general stores, and a boarding house among others.

The exhaustion of lumber in the area and several forest fires that destroyed the sawmill forced Henry to move to Lincoln in 1897. This marked the beginning of the end of the town. A smaller sawmill was constructed at the site by Van Dyke in 1898 but did not last long. The post office closed in the same year and the railroads were abandoned thereafter.

Today only the remnants of the old mill can be seen near the Zealand Camp Grounds, the foundation of the engine house near the river on the southern side and the old Railroad bed.

Carrigain was incorporated in 1891 as a lumber town. The town was located just a few miles from Livermore in the Mount Washington River valley. The town was established by Hazen L.D., Benjamin Garfield and Charles H. Stevens who had the logging contract for the area. To transport lumber the Saco Valley Railroad was built to link up the town.

The town grew rapidly and at its peak boasted of the Garman’s mill, a large railroad station, boarding houses, a school, churches, a company store and several businesses.

Logging in the area did not last long. By 1898 most of the mature trees had been harvested. The mill closed down, the railroad service was discontinued and the town was abandoned. Today only foundations of the ghost town and the railroad tracks can be seen in the area.

The town of Hill was established in 1753 with the name New Chester when a number of men living in Chester bought about 30, 000 acres of land at the town site. However, they soon learned that there were several communities in the area with name Chester and were forced to change the name of the town to Hill after the then Governor of New Hampshire, Isaac Hill.

The town was built along the Pemigewasset River and was made economically viable by a number of mills nearby. In the mid-1800s the town grew to a few hundred people and had several businesses including a church, a general store, and a schoolhouse among others.

Due to the frequent flooding of the Pemigewasset River, the Army Corps Engineers started constructing flood control dam on the river and the people of the Town of Hill voted to move their town to a high ground in 1941. Today the old ghost town is abandoned but there are several foundations, footpaths and paved ways that still tells the story of the Hill.

Also Read: Where to Pan for Gold in New Hampshire

Monson was the first colonial settlement in New Hampshire. The town was established in the 1730s in the region between the modern towns of Milford and Hollis. It was officially incorporated in 1746. The town grew rapidly and had several hundred residents and numerous businesses, but due to harsh conditions many of its residents begun moving out to other nearby towns in the 1770s.

Today the site of the old Manson ghost town is part of a 200 historic park created to preserve the history. The remnants of the town have been preserved and well labeled for visitors to see and enjoy.