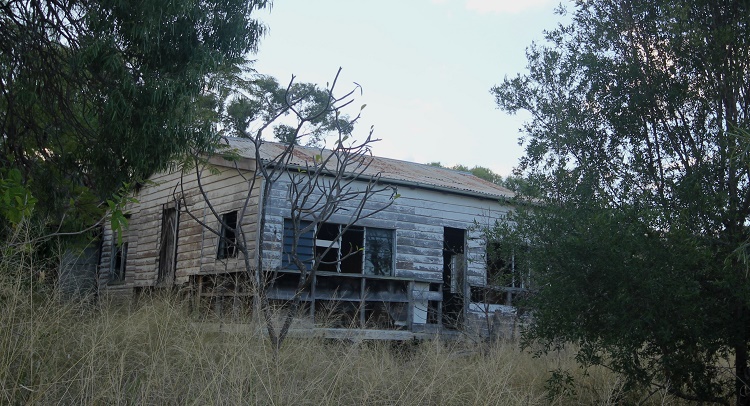 Ghost towns are great places to visit and learn about the history of this great country. Pennsylvania has some of the most historic ghost towns in the United States. Some of the state’s ghost towns were thriving mining towns in the 19th century while several others were built to support lumber activities.

Some of the historical ghost towns in Pennsylvania include:

Centralia is a ghost town in Columbia County, Pennsylvania. The town of Centralia can trace its origin to 1842 when the Locust Mountain Coal and Iron Company bought the land with the aim of mining its coal deposit. The Company’s mining Engineer Alexander Rae immediately set out planning a town by laying outs lots and streets for a settlement. Rae then named his new town Centreville but was forced to change the name to Centralia in 1865 because the Centreville name had already been registered with the U.S. Post office for a settlement in Schuylkill County.

For transportation, the town relied on the Mine Run Railroad built in 1854. With increased coal production Centralia grew rapidly reaching a peak population of about 2,760 people in 1890. At its peak, the town boasted of a bank, two theater houses, a post office, five hotels, several general stores, numerous saloons, seven churches and numerous other businesses.

Mining continued in the Centralia coal mines until the mid-1960s when most companies closed down their mines for the last time. This forced a number of mine workers to leave the town in search of employment elsewhere. This contributed to the ending of the rail service in 1966.

The numerous subterranean fires in the lands around the town forced Bob Casey, the governor of Pennsylvania, in 1992 to evoke the eminent domain on all properties in the town. This laid the ground for eviction of the residents due to the dangers of the fires.

Today only seven residents remain in town. Most of the structures have been pulled down and only the paved streets, a few homes, and the St Mary’s church remain.

Coal was discovered in the region around Barclay in the 1850s. This created a lot of interest in the mining community leading to the establishment of several mining operations around the area. This gave birth to a mining town known as Barclay. The town grew rapidly reaching a population of several hundred. At its peak, the town had a post office, a railroad station, a school house, churches, boarding houses, general stores and several other businesses.

When coal mining in the region diminished in the 1900s, the residents of Barclay moved away in search of greener pastures.

Today the site of the Pennsylvania ghost town site of Barclay is located in the Franklin Township of Bradford County. Not much remains of the town but visitors can still see a few foundations of the early town structures, the cemetery and the Susquehanna and New York Railroad track bed and few bridges of the now defunct railroad network.

Byrnesville was established in 1856 as a coal mining town in Columbia County when several anthracite coal mining operations were established. The early inhabitants of the town were Irish Catholics with most of them working in the coal mines.

The town grew rapidly and had both the upper and the lower sections. At its peak, the town had several hundred residents and a school, a post office, a boarding house, churches, general stores and several other businesses.

Mining began to decline in the 1930s forcing a good number of residents to seek employment elsewhere. The town eventually became a victim of the nearby Centralia mine fires in the 1990s when the last residents were forced to leave and the last buildings destroyed.

Today the site of the Byrnesville is located in the Conyngham Township between Ashland and Centralia. Visitors coming through Pennsylvania Route 61 can see some of the remaining structures of this Pennsylvania ghost town.

Frick’s Locks is located in the East Coventry Township in Chester County, Pennsylvania. The town was established in the 1820s following the construction of the canal on two locks on land acquired from John Frick along the Schuylkill River, hence the name Frick’s Locks.

The town was an important trading center and derived most of its business from the canal. Later the Pennsylvania Schuylkill Valley Railroad was built to the town and a rail station established there. This reduced traffic using the canal and increased those using the train.

The town began to decline in the 1970s following the decline in railroad travel. It was however inhibited until the early 1980s when the Philadelphia Electric Company (PECO) built the Limerick Nuclear Power Station across the river. The company acquires all the nearby land forcing the residents to abandon their homes.

Efforts to preserve the town began in the 1990s and it was listed on the National Register of Historic Places in 2003. Today visitors can see most of the town’s buildings although several have been vandalized.

And: Prospecting for Gold in Pennsylvania

The Laquin ghost town is located in Franklin Township in Bradford County. The town was established in 1902 as a lumber town next to the coal mining town of Barclay. Laquin grew rapidly reaching a population of about 2000 residents. At its peak, the town had a hotel, a school, a depot, town buildings, two churches, mills, several stores, a railroad station, many homes and several other businesses.

When the forests were all cut down and the mills were empty the town’s destiny was sealed.

By the 1930s Laquin was already a ghost town. Although the last structure was destroyed in the town is still quite interesting to visitors. The Susquehanna and New York Railroad tracks and bridges and foundations of several structures can still be seen at the site. The LeRoy Heritage Museum showcases the history of both Barclay and the Laquin towns. The Museum also organizes tours to the site of these two Pennsylvania ghost towns.

Masten is located in the Cascade and McNett Townships of Lycoming County. The town was established as a lumber town in 1905. The town remained a lumber town from 1905 to 1930 before it became the site for a Civilian Conservation Corps from 1933 to 1940. In 1941 the last resident left town and it became another Pennsylvania ghost town.

Masten was established by Charles Sone who was licensed by the Union Tanning Company to log the area. He built a sawmill and employed several hundred people. This led to the growth of a town around the mill. At its peak, the town had several hundred residents, two railroad stations, churches, general stores, a post office and several other businesses. When logging stopped in 1930 several residents moved away. The town was briefly revived with the establishment of the CCC camp from 1933 to 1940 but soon after the last resident left and it became a ghost town.

Today most of the structures are gone although a few homes still stand. There are also several foundations and access roads.

Oil was discovered in the Venango County in 1865. This brought in a large number of people seeking employment in the oil fields. This prompted the establishment of the Pithole town. The town was incorporated in 1865 with a population of about 20,000 people.

The town grew rapidly and at its peak, it had a daily newspaper, a railroad station, a red light district, an oil pipeline, three churches, and 54 hotels among other business. By 1870 oil production the area had begun to decline, there were also discoveries of oil in several other places which coupled with the frequent fires most of the residents begun to move away. The town was unincorporated in 1877.

The site of the town was acquired by the Pennsylvania Historical and Museum Commission in 1961. The Town was listed in the National Register of Historic Places in the year 1973. Today the site of this Pennsylvania ghost town has a visitor center displaying the history of the place and a few foundations of the early structures.

Next: 6 West Virginia Ghost Towns – Left in the Coal Dust