Relics and coins are still buried around the old historic sites in Oklahoma. Metal detectors can uncover some amazing things! 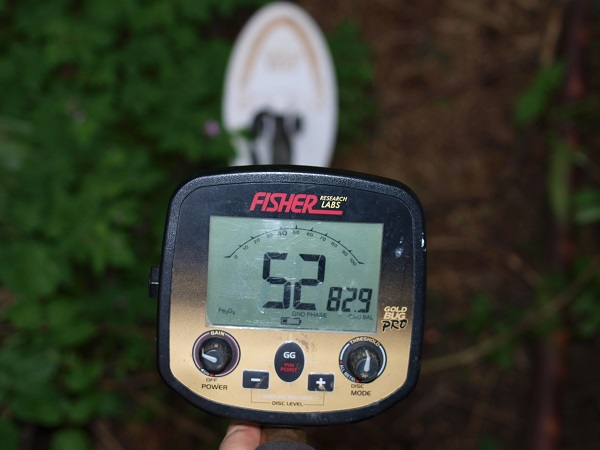 When the federal government finally allowed for white settlement in Oklahoma, the territory become a predominantly agricultural and grazing area with cattle playing a major part in its economy. By the time the territory became a state in 1907 it already had many thriving settlements and towns being supported by agriculture, oil mining and railroad construction.

Over there years there has been a number of small-scale mining of metallic substances such as copper and iron. These mine brought in a lot of people, who in-turn there are now plenty of old relics that have been left behind.

All these history makes for a great place for metal detecting. Old settlements are likely to have lots of coins and other treasures buried in the soil.

1. Around Rivers and Lakes

The three forks located near Muskogee in the eastern region of Oklahoma is marked by three important rivers: the Grand River, the Arkansas River, and the Verdigris River. The three rivers form a confluence which has a rich history.

In the early days before the railroad were built or motor vehicles were available to native Indians and the early settlers in the Oklahoma regions and other nearby territories used the rivers as the main form of transport, as a result, the rivers have lots of lost items. There are also a lot of stories about hidden treasures along the rivers in Oklahoma and especially the Three Forks area.

Small rivers and especially creeks and streams carrying water from towns and settled areas carry with them lots of valuable items such as lost jewelry, coins, and other items. All these contribute to a great yield when metal detecting such rivers and waterways.

Keep your eyes open for arrowheads when you are here too. There are thousands of years of Native American settlement in this region.

The entire Oklahoma area is dotted with ghost towns and old dying settlements that were once thriving towns with hundreds and even thousands of residents. Most of these ghost towns are abandoned railroad stations, agricultural towns, mining camps and military forts.

Like ghost towns in any other place within the United States, Oklahoma ghost towns can be a great source of treasure for metal detector users. Old homes and other buildings in ghost towns are likely to have lots of artifacts buried under the rubbles. In addition, some of the old folks who used to live in such places sometimes buried their treasures inside the ground around their homes.

Some ghost towns that were major transport corridors such as old railroad stations or steamboat landings could also have lots of lost coins that have since been buried underground. Anywhere that people use to congregate are great places to do some metal detecting.

Before venturing into a ghost town with your metal detector it is important that you find out the owner of the property and seek permission to use a metal detector on the property. There are different laws about metal detecting in Oklahoma which will vary depending on who owns the land. It is usually best to hunt on private property with permission from the landowner.

Although Oklahoma is more associated with oils and other fuel minerals there has been several metal mines across the state. These mines employed lots of men, and the abandoned mining sites are great locations to find coins and relics.

If you want to find some gold and other precious metals in Oklahoma then you should use your metal detector around this region and especially in rivers and streams that pass through these areas. Oklahoma doesn’t really have much in the way of large gold nuggets, but there are places that you can recover gold dust by panning and sluicing.

State parks across Oklahoma allow the use of metal detectors, although you have to get a permit from the park management before venturing in. Here you can find lots of lost coins, jewelry and other metallic items of great value. Some parks prohibit digging and this can affect the number of valuables you recover.

Other public spaces that yield a lot of coins and other valuables for metal detector uses include public beaches, playgrounds and walkways. Ballparks often have a lot of people coming in during games and is likely to have lots of lost coins and jewelry. Before venturing into such places ensure that you get the permission to from the management to use a metal detector. It is also important you come at the right time so that you don’t distract other users.

Beaches have lots of lost items too. Popular swimming areas at lakes and rivers in Oklahoma can be great places to find jewelry and modern coins with a waterproof metal detector

Oklahoma has tons of stories about lost and buried treasure. Several of these were stage coach robberies where lots of gold and silver were stolen and are believe to have been buried somewhere in Oklahoma. Other stories were of bank robbers that stashed gold as they were fleeing from the law.

There are also several tales of lost gold that was buried by miners who hid the gold that they discovered during the Pikes Peak Gold Rush in Colorado.

There is no doubt that many of these buried treasures were lost forever and still remain hidden. By researching specific lost treasure tales you just might be successful in finding one of them!

Next: Gold Panning in Oklahoma