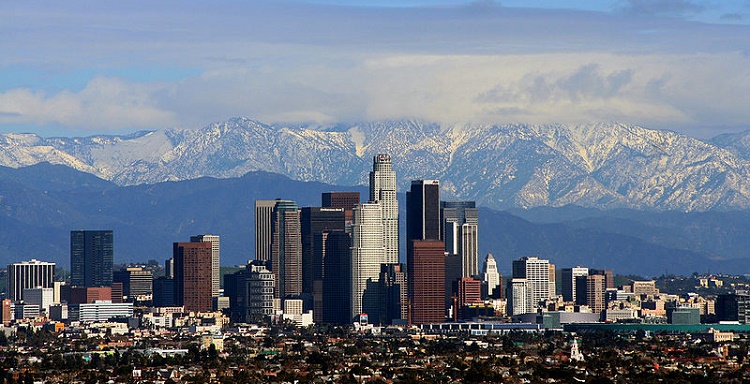 The San Gabriel River was one of the most popular gold prospecting sites in California. The river played an important role during the Californian gold rush, although it was far removed from the rush that occurred in the Sierra Nevada Mountains.

Sadly, the creation of the San Gabriel National Monument has made any type of prospecting illegal in this area. California, a state that was founded by gold mining, is now systematically preventing people from doing it.

History of Mining on the San Gabriel

Placer gold was discovered along the San Gabriel River in the 1840s and active mining continued until 1930s. Most the gold production came during the early days of the gold rush when thousands of miners descended on the river in search of their fortune.

Starting in the late 1840s to mid-1860s the gold mining along the San Gabriel River was concentrated on the river bed that proved to be rich in placer gold. By early 1870s, most of the placer gold had been mined and the miners began venturing into the surrounding hills and mountains where lode gold was found embedded in quartz veins.

The gold in the hills and mountains along the river occurred in gneiss and schist which are mainly metamorphic rocks rich in gold and a number of other minerals. Active mining in both the San Gabriel River and the surrounding areas continued well into the 1930s with the use of both dredging and hydraulic mining to recover gold that could not be recovered using more standard methods.

Gold was first discovered in the San Gabriel Mountains in the 1840s following when placer gold was discovered in the river. With the influx of prospectors to California during the gold rush, there were miners all over the mountain range in a few years following the discovery of gold.

First, the miners followed small streams and creeks into the mountain range mining placer gold. Once the placer gold ore was exhausted, the miners began mining the lode gold in the mountain. These gold deposits proved to sustainable, and mining continued on for decades.

The San Gabriel Mountains were one of the richest gold mining areas in Southern California. In addition to the placers in the river, the mountains have yielded a significant amount of lode gold over the years especially in the years between 1870 and 1930.

With the end of active commercial mining, the mountains still attracted interest to more casual prospectors in recent years. The Mountain range is located just a short distance from Los Angeles as part of the larger Transverse Range. Because of its accessibility, it was a very popular gold prospecting spot.

. Flakes and smaller fine gold dust is more common, and occurs throughout the East Fork.

Prospectors have also reported finding quartz specimen gold along the banks of the river and in the surrounding river valley. The gravels and overburden tend to be very deep in some areas and this makes it difficult to reach the bedrock.

The richest areas for placer gold on the San Gabriel River are from Camp Williams Park upstream within the Angeles National Forest.