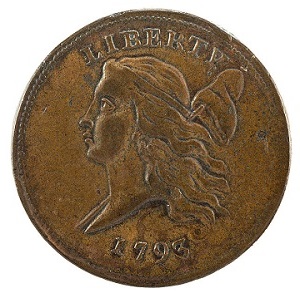 Although Michigan did not become a state until 1837, it has a long and colorful history dating back to about 1100 BCE. Prior to European settlement, the Native Americans thrived in the area now known as Michigan.

The water source of Lake Michigan and the other Great Lakes were a tremendous draw to the area. Settlers never lacked fresh water, the surrounding wooded areas allowed for hunting and the lakes also provided fish.

These first settlers left behind history in the form of coins, relics and other metal items. With a metal detector

you can go out and recover these lost treasures.

Early Artifacts from Battles in Michigan

The French and Indian War, followed by America’s War for Independence, The Pontiac War, and The War of 1812 left military artifacts throughout Michigan, particularly the northwest. Treasure hunters can find old lead bullets and other relics left behind after these battles.

Of course, many of the major battle sites are now designated as Historical State Parks. These areas are off-limits to metal detecting. However, there were plenty of other smaller skirmishes that took place all over Michigan that are not so well documented. If you can locate one of these places you can find some really amazing relics.

Many years later, copper and iron were discovered in the Upper Peninsula. Treasure hunters can certainly find artifacts in and near these mines as well. Mining was considerable for many years and had a considerable impact on the growth of this region.

Searching around old mines with a metal detector can result in some really neat relics left behind by the old miners. 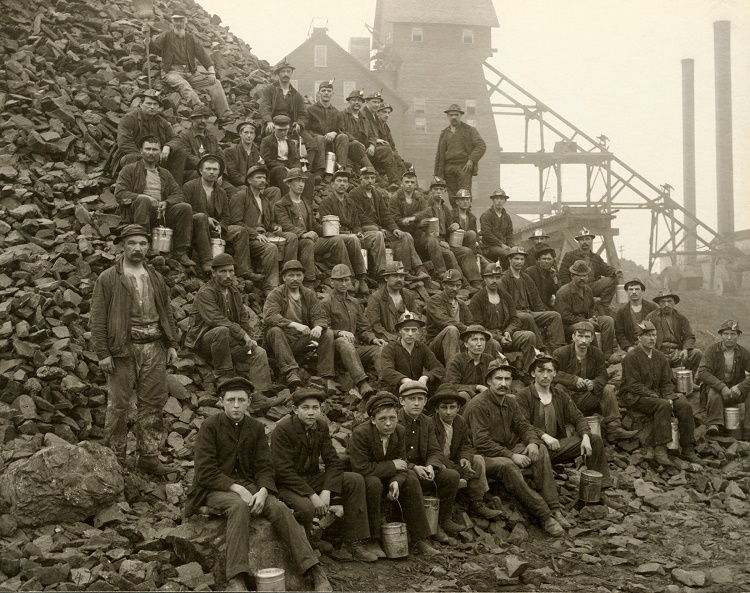 Miners at the Tamarack Mine in Michigan’s Upper Peninsula. Thousands of men worked various mines throughout Michigan during the late 1800s and early 1900s.

But it isn’t just relics that you can find around these old mines. Michigan is actually one of the best states in the U.S. to search for native copper nuggets and specimens. In fact, it is one of the few states where copper nuggets are commonly found.

Copper nuggets from Michigan are very collectable. They vary in size from very small pieces to massive boulders. In fact, there have been native copper nuggets that weigh several tons! A discovery like that would be worth thousands of dollars today, not just for its copper content, but also as a rare, collectable mineral specimen.

Relics from the Auto Industry

Though Henry Ford’s 1898 Detroit automobile plant had helped its economy, followed shortly thereafter by General Motors in Flint, it was this very industrial base that caused Michigan terrific hardship because of the Great Depression.

It was the auto industry that built this state, but it is a shadow of what it once was. Many of the once thriving parts of Michigan are struggling today. Some places that were bustling industrial areas are almost ghost towns now. Interesting relics from times past are abundant in these places.

Hidden treasure lore is not lacking throughout the state. For example, the Lost Treasure of High Island tells a tale of a cache that was buried “30 paces from a large tree.” The island was logged after the treasure was buried, thus removing any good idea of where the treasure actually is.

There is also the Lost Treasure of Berlanquette. This is in the old ghost town area of Fayette County. Berlanquette was the name of the saloon owner who, according to local legend, hid a sizable fortune somewhere in the area of Sand Bay. As he was the owner of the only saloon in the area, he amassed a fortune; and, as he did not believe in banks, that treasure had to go somewhere! 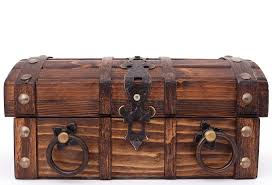 The Original Site of Jennings, Michigan

Another fascinating bit of history/treasure lore lies the moving of an entire town to another location. The Wilkes-Barre Sunday Independent wrote, on “Date 1923-06-17”, that the logging town of Jennings could no longer survive, as the wood which supplied the mill, flooring and chemical plants had all been cut down. In what, at the time, was lauded as the “greatest transportational feat” of all time, the entire city was moved to new sites of land in Michigan. The original land could yield many interesting finds.

There is also a lost treasure story associated with Jennings. Woodcutter John Larson, who had come from Sweden, lived in Jennings with his wife and son. When his wife died and his son subsequently disappeared, Larson grew bitter. He eschewed humanity, taking up a hermit’s existence. The treasure part came in when Larson himself died several years later.

The story goes that Larson had been given money – anywhere between $16,000 and $75,000 – to leave Sweden and go to America. Once arrived, Larson had the money exchanged for gold. He lived simply and never made large or extravagant purchases, so when he died it was supposed that the gold remained. However, no one has found it… yet.

The copper nuggets are what Michigan is known for, but there is also gold here. In fact the occurrence of gold in the state has been known as early as the discovery of copper and iron here.

Finding gold nuggets with a metal detector is going to be challenging in Michigan though. The occurrence of gold nuggets is extremely rare. Most of the gold is found in the form of tiny gold dust and occasionally a larger flake.

To find gold in Michigan, you’ll have better luck if you set aside your metal detector and grab a simple gold pan

instead. If you are serious about finding larger amounts of gold then step up to a sluice box

or even a Gold Cube

. This will allow you to process more gravel and recover more gold.

These are just a few ideas of things that you could search for when metal detecting in Michigan. To find the oldest relics, you need to research the old sites. Places where early settlers lived, old mines, and any other location where people spent their days.

Of course, there are lots of places to hunt if you simply want to find some modern coins and jewelry. Parks and ball fields are always good places to hunt. Metal detecting after large events such as farmers markets and baseball games will usually result in some good finds.