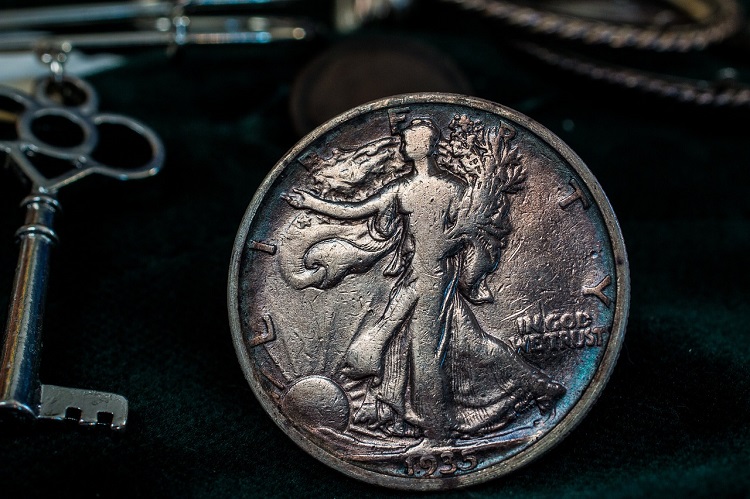 Minnesota has its share of history just like any other state, making it a great place to swing your detector.

Some treasure hunters specialize in hunting the town sites of early settlers, while others prefer to look for coins and jewelry along the shores of Lake Superior and other popular locations. There are even a few lost treasures that were reportedly stashed somewhere in this state.

The most famous buried treasure in Minnesota is from the James and Younger Gang. There are believe to be many lost treasures buried all around the West from this gang, but during their later years they were in Minnesota doing robberies with considerable stolen money that went unaccounted for.

A rumored stash of $100,000 – $150,000 buried in a metal box beneath a fence post courtesy of Ma Barker and the Alvin Karpis gang. The fence post is somewhere between Rochester and Chatfield, which leaves a wide area to search. The gang supposedly forgot where the post was, and the treasure has never been found.

There are plenty of other places worth checking out as well; just remember to check the antiquity laws and get permission from owners on privately owned land. Keep in mind those Minnesota winters! Do your research during the winter and save the metal detecting for the warmer months.

Metal Detecting at the Early Settlements

The very first settlers in what is now Minnesota were, of course, the Paleo-Indians who lived there up to 10,000 years ago. As always, pottery, crude implements and the like can be found across the state. A metal detector won’t help you with these, so you will need to have a keen eye to locate old Indian relics.

The first Europeans to explore the area did not arrive until the 1600’s. They were French/Canadian explorers and fur traders. The earliest fur trappers showed up throughout this decade. They didn’t leave too many relics behind, and since they were nomadic travelers for the most part it can be very difficult to find any relics from this era.

Duluth and its surrounding areas are a possible treasure trove of hunting and daily use artifacts. Trade between early white settlers and the Dakota Indians flourished, so there should be many Native American artifacts as well if you can locate a trading site.

In 1824 soldiers finished and occupied one Fort Snelling, originally called Fort St. Anthony. The fort was located where the Mississippi and Minnesota rivers met, and its presence proved inviting to squatters, who created a community in the same area and named it Camp Coldwater. This was, arguably, the first American settlement in Minnesota, though it was never sanctioned.

Camp Coldwater was comprised of about 20 buildings, including a fur trade post, farms and blacksmiths’ shops. Unfortunately, the camp only lasted for ten years, after which the commandant at Fort Snelling forced the squatters to move on. Fort Snelling remains in operation today, and original buildings can be seen.

Keep in mind that these areas may have special rules that limit metal detecting. Always check the land status for any special rules. Odds are, you could still find some good relics nearby even if you aren’t hunting directly at the site of an old fort just because of the amount of human activity in the general area.

By the time Minnesota became a state in 1849 settlers had started arriving from other countries and parts of the U.S. One of these was Paul Parrant who, in 1838, established what was considered by many to be the first settlement and named it, rather quixotically, Pig’s Eye. That settlement is now part of St. Paul.

The year 1838 was something of a banner year for Minnesota, with Henry Hastings Sibley of Detroit building the first stone house in Minnesota on the east bank of the Mississippi. The house remains standing to this day. His wife Sarah Jane was sister to prominent businessman Franklin Steel, who claimed and then built upon a half mile of riverfront property. It was then known as St. Anthony, and is now, “…the industrial heart of Minneapolis”.

Then, in 1849, Canadian John H. Stevens settled across the river from St. Anthony. Known by his peers as, “The Father of Minneapolis”, John H. Stevens was the first authorized person to settle on the west bank of the Mississippi. All of these areas are great for metal detecting, as settlers would have left such items as cutlery, buttons, and other household goods.

The Civil War affected Minnesota and vice versa, and there are many places to explore for war memorabilia. Minnesota was the first state to offer troops to fight in the Civil War. These troops fought bravely and fiercely in the Battle of Gettysburg and beyond. Fort Snelling once more played a pivotal role, being the temporary home of Dred Scott, a slave-turned-freeman. Minnesota became a free state, and later helped to elect President Abraham Lincoln.

And Now, the Gold Stuff!

Lest the reader should mistakenly feel that Minnesota yields only settlement and military artifacts, there are various streams and rivers throughout the state and the Rainy Lake Mines began operating in 1894. The towns near the mines, now ghost towns, also prove rewarding to treasure seekers. Forestville and Sacramento are two such ghost towns, and Sacramento has a very interesting history of its own.

There were some other small gold discoveries in Minnesota that brought in prospectors. You can read about them here. They are not only good places to find early mining relics, but also do a bit of gold panning and metal detecting in search of gold.