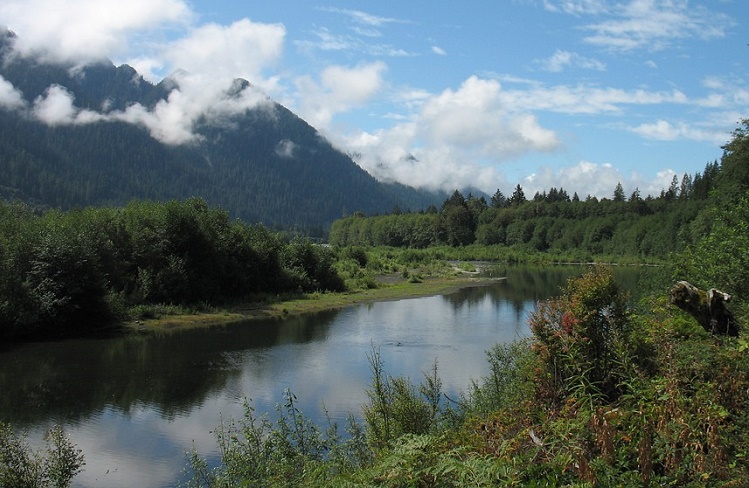 Gold was discovered on the Olympic Peninsula in the 1850s. By 1859 there were reports of discoveries of gold traces in several places along the Peninsula and especially in the region around the Olympic Mountains. Most of the discoveries were in the rivers and creeks that drain the mountains especially to the south and the north. By 1877 gold traces had also been found in the Skokomish River (North Fork). However, the problems with access to the Olympic Mountains made it difficult for meaningful exploration to be conducted in the area.

By the 1890s there were some excitements among the locals about the presence of gold almost anywhere on the Olympic Coast. This lead to the establishment of several mining claims from Grays Harbor all the way to Cape Flattery.

Most of the claims were never successful due to the limited amount of gold with the sands. Small scale prospectors can still find some gold here though. Some of the places with gold occurrences include:

Elwha and Little Rivers in the Hurricane Mining District

In 1897 several miners among them Martin Humes, Will Humes, and Ward Sanders set up several gold mining claims on the Elwha River near Hurricane Hill and along the Little River drainage to the west of Mount Angeles. During the following few years, M.J Gregory staked several lode claims at Mount Angeles. Most of the mines produced both gold and manganese and were actively mined up to 1920s.

With Mount Angeles being the source of most of the gold on the peninsula, there are higher chances of finding lots of placer gold in rivers, streams, and creeks on the Peninsula.

It is reported that the North Fork of the Skokomish River was home to over 400 mining claims between 1880 and 1940 although little remains of these claims. Being the site of the first discovery of gold in the region, most of the early miners to arrive in the area concentrated on the river.

Most of the claims on the Fork produced a combination of minerals including gold, manganese, copper and iron. Some of the notable mines include the Masson County Mining and Development Company that began a copper and iron mine that also had traces of lode gold in 1890.

Another company led by John S. Soule had several claims along the North Fork that produced gold, copper, and iron. One of the most persistent miners was Joseph Moss who in 1935 created the North Fork Mining Company and filed for 17 claims on the river especially in the region near Nine Cream Creek.

Another notable mine along the river include the Brown Mule Mine which was owned by Triple Trip Mining Company. The mine was located on Copper Creek and produced copper with gold as a byproduct. The Black and White mine was another great mine in the area. The mine was made up mainly of five claims along the river.

The North Fork of the Quinault River was another important gold mining site. There were several claims on the river but the most notable once were the five lode claims owned by V. Oberg, C Slough, and P. Mulkey along the Rustler Creek.

to recover the gold. There is still some gold in the river.

Also Read: 25 Rives in Washington Where You Can Find Gold

And: Finding Gold Nuggets in Washington

The beaches in Olympic peninsula note a frenzy of activities during the 1890s. During the time, about 70 miles of the beach starting from Cape Flattery was the site of a number of gold claims.

The most productive section of the beach was the 20 miles stretch from cape Johnson just north of Quillayute River all the way to Portage Head, just a short distance from Cape Flattery. Shi Shi Beach was the most productive site on the beach. Some of the other notable gold mining sites on the Olympic beaches include the Yellow Banks, Ozette Beach and the mouth of the Sunset Creek.

Laws and regulations these days seem to be constantly changing, so be sure to check with the appropriate agency prior to doing any mining in this area, particularly on the beaches, state parks, etc. There will be restrictions on where you can mine and the type of equipment you can use.