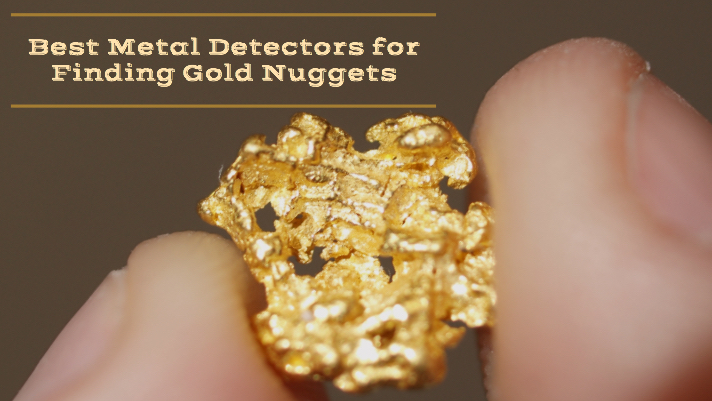 Metal detecting for gold nuggets presents quite a few challenges that make it one of the most difficult ways to prospect for gold. The ground conditions in many of the goldfields throughout the world present challenges that most metal detectors have a hard time handling.

There are a variety of different conditions that make nugget shooting especially challenging when compared to other types of metal detecting, but using the right type of detector will help immensely.

Why a Gold Specific Detector?

99% of the metal detectors on the market today are not designed of gold prospecting. Yes, they will all detect gold under the right circumstances, but more often than not they are rendered all but useless due to the highly mineralized ground conditions that are found in most goldfields.

These other detectors will generally work fine for detecting relics at old town sites and finding coins at the park, but that is where they belong. Even many of the highest priced coin detectors on the market perform poorly in the goldfields.

Among all of the metal detectors available today, there is a relatively small group of detectors that were designed specifically for gold prospecting, and these are highly recommended if you are serious about metal detecting for gold nuggets.

For a metal detector to be able to reliably find gold nuggets in the areas that they occur, it needs to be able to handle highly mineralized ground and the natural variations in ground conditions that occur in the goldfield. The important point here is to understand that the average detector designed to find coins and relics will probably work very poorly in the goldfields.

Basically all of the gold detectors that are in use today by successful nugget shooters are either Very-Low Frequency (VLF) or Pulse Induction (PI) technology. Each type has advantages and disadvantages to their design, and therefore many of the most successful prospectors own both types to use them in certain situations.

VLFs are generally a bit more sensitive to small gold nuggets than the PI detectors. Some of the most sensitive models can often find specks of gold that are almost too small to even see! All of the better VLFs for prospecting have some sort of discrimination feature which will indication what type of target is buried in the ground.

The discrimination on metal detectors is never 100% accurate, but in very trashy areas, the discrimination feature can help you decide which targets to dig and which to pass over. Just make sure you aren’t walking overtop of a nugget!

The biggest downside of the VLF detectors is their limited depth. With the exception of the biggest pieces of metal, nugget finds are generally limited to the top 12” of soil, with most of the smaller bits being found in the top 4” or so. Of course there are always exceptions to the rule.

Ground conditions weigh heavily on the ability to detect deeper pieces of gold. In ground that has a high percentage of iron mineralization, VLF detectors can become very noisy and difficult to operate. To get them to work properly in these areas, the sensitivity of the detectors need to be turned down considerably, which limits overall depth.

A few of the more popular VLF detectors are below:

There are two huge advantages that the PI detectors have over the VLF type detectors. First, they are amazing at finding deeply buried targets, even in very iron rich ground. It is not uncommon for detectorists to find good sized nuggets at up to 2 feet in depth, and smaller pieces can often be found in the 12” range.

The other advantage of the PI detectors is how well they can cancel out ground noises, even in the most mineralized ground. They can maintain a smooth threshold sound in some areas that a VLF detector will chatter uncontrollably.

The PI detectors do have a couple disadvantages when compared to VLF detectors. One of the main differences is their ability to find small gold. They are just not quite as sensitive as the better VLF gold detectors, and will pass over some small pieces of gold that the VLF’s will scream on.

There are also some types of very porous gold that the will also miss as well. While not common, there are actually some very large “sponge-like” gold specimens out there that are undetectable by PI detectors.

When in doubt, dig it all! The best way to learn what your detector is telling you is to listen to the sound and then dig it out of the ground. Eventually, you will learn to separate the “good” sounds from the “bad” sounds.

When it comes to metal detecting for gold nuggets, the multi-purpose detector used by the average detectorist is generally not a good choice. Often companies that make metal detectors will advertise that their detector can find relics, coins, gold, precious metals, gold nuggets, jewelry, etc., and yes, it most likely can find all of those things under ideal circumstance. The problem is that gold country is far from what would be considered ideal circumstances.

Again, they will often advertise that they can find gold and precious metals, which is not untrue (assuming they work at all). But rest assured that most of these detectors will be all but worthless in gold country.

Understanding this will save you a lot of trouble and headaches. Trying to save money by buying a cheap multi-purpose detector will only result in frustration, and you won’t be happy with it. It happens time and time again.

So what should you expect to pay for a decent gold detector? The good gold detectors on the market right now range from around $600 up to nearly $10,000. Expect to pay somewhere in that price range for a good gold-specific detector.
It is worth mentioning that good deals can occasionally be found on good used metal detectors at places like Craigslist and eBay.

Of course you should always use your best judgment when buying used equipment, but there are definitely deals out there. I have seen some older models (but still proven gold producers) sell for as little as a few hundred dollars. 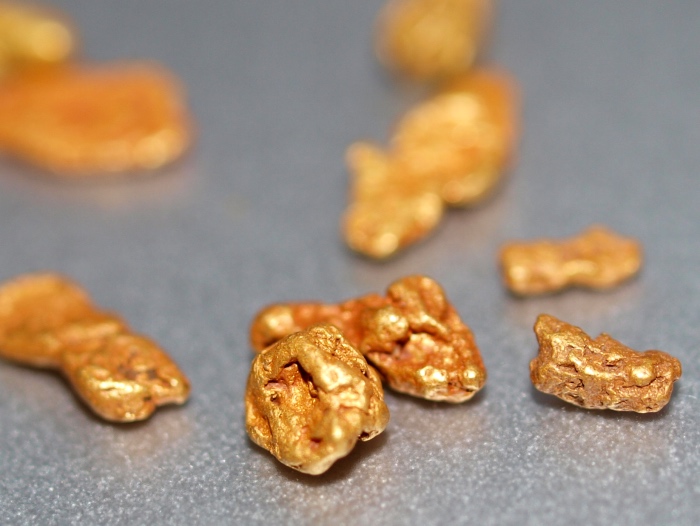 Now that you have a better understanding of the different types of metal detector technology, you are probably interested in some specific detectors that work well for gold prospecting.

It talks about 15 specific metal detectors that are considered the best on the market today.

Right now is actually a great time to be a prospector! Gold prices are high right now and the newer detectors that have come on the market in recent years have really improved from the older models. Many areas that were once considered “mined out” are now producing gold nuggets again because of these new detectors.

Next: Metal Detecting for Gold Nuggets