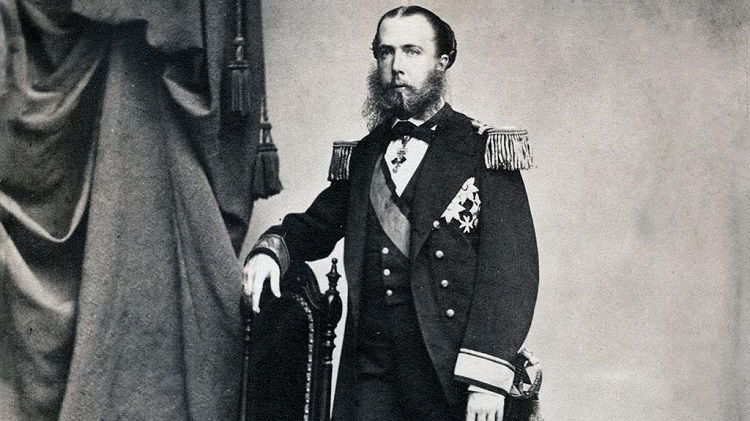 Did Emperor Maximilian bury $10-million dollars in gold and silver somewhere in Texas? Read on…

Mexico was very tumultuous in the 1850s and 1860s. Immediately after the Mexican War of the late 1840s, Santa Ana seized power and ruled the country under dictatorship until he was deposed by forces under the leadership of Benito Juarez who passed the constitution in 1857 and was elected president in the 1861 elections.

This rubbed the three major European powers at the time (Britain, France, and Spain) the wrong way. They had made a lot of financial investments in the country but the Juarez’s government seemed not to pay attention to these.

To secure their financial interests in Mexico the three European powers sent military forces to Mexico to seize the Veracruz’s customs house in 1861. To secure its interest France under the leadership of Napoleon III set to establish a permanent military base in Mexico. These caused war with the Juarez’s government with eventually led to the collapse of the government.

To fill the vacuum The Mexican elite at the time approached Maximilian to set up an empire in Mexico.

Maximilian was an Austrian Archduke, brother to Emperor Franz Josef and son the Archduke Franz Karl. He married the Belgium’s Princess Charlotte in 1857. The two had connections to the European royals at the time and it felt the right choice for them to establish an empire in Mexico.

At First, Maximilian did not want to take on the Mexican crown but when he was informed that a vote had been taken to proclaim an Empire he agreed and in 1864 he headed to Mexico.

The Fall of Emperor Maximilian

Emperor Maximilian ruled Mexico for three short years. First, he was only accepted by the elite ruling class but was very unpopular among the native Mexicans. Because of this the survival of the empire greatly depended on the presence of the French forces in the country.

American’s Mexican Gulf blockage marked the beginning of the fall of Emperor Maximilian and is Empire. President Andrew Johnson of the United States initiated the blocked in an attempt to force France to withdraw its troops from the country.

This worked, as Napoleon III bowed to pressure and pulled the troops from Mexico leaving Emperor Maximilian to manage it by himself. After French withdrew their military Empress Carlota traveled to Europe in an effort to get support for her husband but this failed and she did not go back to Mexico.

The resistance quickly gained ground on Emperor Maximilian who was captured and eventually killed in June 1867 by a firing squad. This marked the end of the Mexican Empire and the short rule of Emperor Maximilian.

Once the French withdrew its military from Mexico in 1866 Emperor Maximilian knew that his days as the Emperor were numbered. To safeguard the wealth he had a amassed as an emperor, he made arrangement to get the wealth out of the country on time.

By this time, all the ports on the Mexican coast had fallen into the hands of the rebels and most parts of the empire were rife with war and banditry.

To safeguard the wealth on transit, Emperor Maximilian chose four Austrian officers and a number of Mexican royalists to transport the wealth North to Texas in the United States and then to Port Galveston for shipping back to Europe.

Emperor Maximilian Loaded $10 million worth of gold bars, silver, jewelry and other valuable items into a 15 oxen-pulled wagons. The treasure was transported north following a zig-zag course to avoid being tracked down. Eventually, the Austrian officers and the Mexican loyalists arrived safely in Texas with their cargo intact. Once they were over the Rio Grande they decided to camp shortly at the Presidio del Norte. Here they met six former Confederate soldiers heading to Mexico.

Back then Texas was dangerous with lots of Comanche raids and banditry. To safeguard the cargo in this territory the Austrian officers asked the soldiers to help guide them to the Galveston. At first the confederate soldiers did not know what was in the cargo and agreed to escort the transport.

South of Odessa somewhere near the border of Crane and Upton counties the soldiers learned of what was in the cargo and decided to kill the Austrians and their Mexican loyalists and take the wealth for themselves. They succeeded in doing this but soon learned that they could not take all the loot by themselves.

They took a few pieces of gold and decided to bury the rest and then go reorganize before coming for it.

Along the way back to Missouri where they were to regroup before coming back for the loot one of the soldiers fell ill and he was left behind. A few days after he begun to get better and decided to hurry so that he can catch up with the rest. But just a short distance from the Fort Concho where he had been resting he came upon the bodies of his comrades who had been murdered by Comanche Indians.

He travel by himself back to Missouri by being too sick for the journey he stopped at the Denton still in Texas to see a doctor.

His condition got worse and knowing that he might not get better he decided to tell the doctor who had been so good to him about the treasure. He even drew a rudimentary map of where the treasure was hidden for the doctor to find. Once these last remaining soldier died the doctor organized a search party and went looking for the treasure but after weeks of searching they gave up. 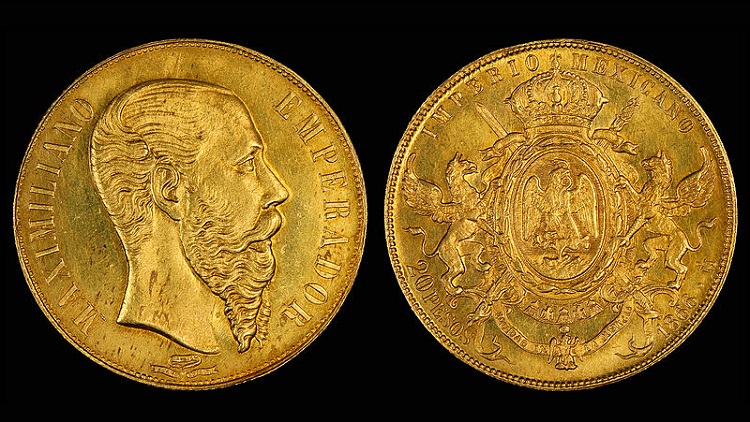 The Location of the Treasure

Over the centuries, there have been many men who have searched for this treasure. While it is possible that someone has already found it, the vague details and long path that Maximilian’s treasure took makes it difficult.

The treasure today would be worth an unbelievable value. Not only for the amount of gold and silver that is believed to be in the treasure, but also the numismatic value of such old treasure.

Is there still a massive treasure buried somewhere in Texas? It is quite possible…

And: Ghost Towns in your State – Clickable Map of the U.S.