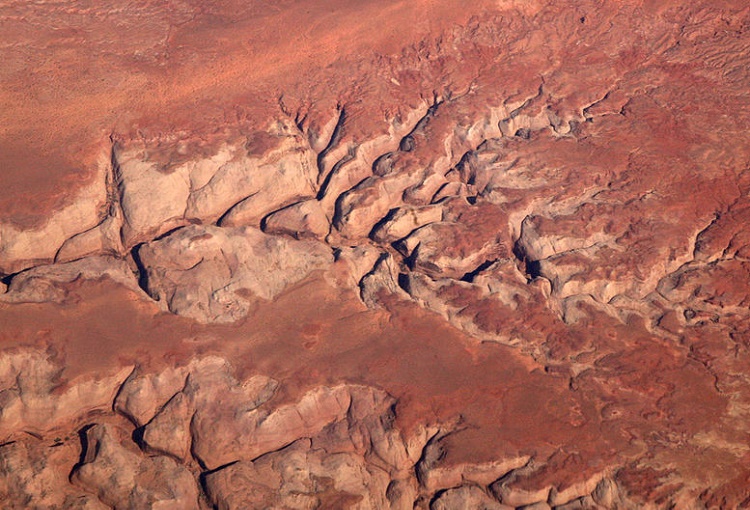 This area may still have some huge undiscovered treasure caches

One of the most famous locations for treasure seekers in southeastern Utah, tucked between the Green, Dirty Devil and Colorado Rivers. Most commonly referred to as Robbers Roost, it gained that name for quite a notable reason: it was a well-known and highly frequented outlaw hideout. It was utilized by many outlaws during the early days of the Old West.

The most noteworthy gang to use the area was Butch Cassidy and the Wild Bunch, of course.

With its canyons comprised of steep walls and hidden draws, this remote hideout was an ideal one due to the fact that it boasted tough terrain that could be easily defended and very hard to navigate unless you were familiar with the area. It was very hard to make it through Robber’s Roost without being detected which meant that it was an ideal location for robbers to relax for a month or so following a large robbery.

It was in this remote area that Butch Cassidy, his closest friend, Elzy Lay and the Wild Bunch gang implemented close contacts throughout Utah who provided them incredibly easy access to a number of much-needed supplies such as fresh horses and food. In fact, the vast majority of their supplies were offered to the boy’s by a nearby ranch that was owned and ran by the outlaw sisters Josie and Ann Bassett.

The gang even built cabins throughout Robber’s Roost to assist in protecting them from the harsh Utah winters. They were even fully capable of being able to store all of their horses, cattle, chickens, weapons, and or course, loot.

According to historical documents, only five women were ever known to have been permitted inside Robber’s Roost. Those women are the Bassett Sisters, Etta Place (the girlfriend of the Sundance Kid), Maude Davis (one of the girlfriends of Elzy Lay), and a fellow gang member by the name of Laura Bullion. 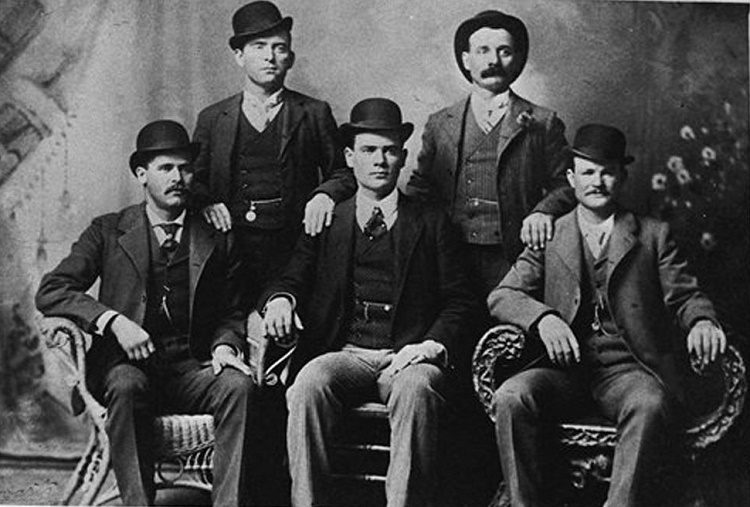 Rare photograph of Butch Cassidy and The Wild Bunch taken in 1899.

The area more than likely gained its infamous reputation during the 1870s when Cap Brown was running stolen horses in the region. Robber’s Roost was the perfect location as it offered countless locations to hide and was next to impossible to penetrate, due to the fact that the easiest way to access the area was via the mouth of Dirty Devil River.

In the 1880’s, a local man who was also the grandson of a Mormon handcart pioneer by the name of Robert Leroy Parker started to utilize Robber’s Roost to hide the cattle that he was rustling with Mike Cassidy. According to local legend, Parker became a full-time outlaw in 1884, and adopted the name of Butch Cassidy as a means of honoring of his former mentor.

Yet another frequent visitor to Robber’s Roost was Matt Warner (born Willard E. Christiansen to the fifth wife of a Mormon bishop in Ephraim, Utah). History tells us that Warner served as a cattle-rustling apprenticeship prior to joining in with the McCarthy gang alongside Butch Cassidy. This would prove to be the future Wild Bunch took advantage of the hiding spots that Robber’s Roost had to offer following a bank robbery in Colorado in 1889.

Cassidy came to use it again, when he and another man (more than likely Elzy Lay) held up the Pleasant Valley Coal Company payroll in April of 1897. It was these incredibly daring tales of robbery of which made the Wild Bunch a notorious group of bandits and to many, folk heroes.

The hard rides refuge were of course equally impressive. Which is why it was a good thing that Cassidy and his gang were noted to excellent riders, and the boys always used well-trained and incredibly strong horses, where they were noted to often even change up mounts at Robber’s Roost following a long ride.

Also Read: 4 Rivers in Utah Where you Can Pan for Gold

And: The White Cliffs Lost Gold Mine in Utah

Despite countless attempts by officials, the Roost was never successfully penetrated by the authorities. And over the years Robber’s Roost gained a noteworthy reputation as being entirely impregnable and few law officers really even cared to enter such dangerous grounds.

Robber’s Roost was virtually abandoned as an outlaw hangout in 1902, when Butch Cassidy and the Sundance Kid departed on their South American journey.

Treasure seekers are also interested in this area for obvious reasons. An areas with so much outlaw activity is sure to have some buried treasures around. There are countless treasure stories related to Robber’s Roost and the outlaws that used the areas.

There is most likely some buried treasure somewhere in the area. There is a lot of stolen gold and silver that hasn’t been accounted for and there was no good place for an outlaw to keep their ill-gotten gains.

Exercise the utmost caution when treasure hunting in the area, or anywhere in southern Utah for that matter. This is a isolated desert with few people and even little water. There are a large number of steep and narrow slot canyons and any number of ways to get hurt.

Next: 7 Things to Consider When Searching for Buried Treasure Caches